Friday Links of News & Deals: Amazon the Bully, Readers in need of help (me), and How to get an ebook refund 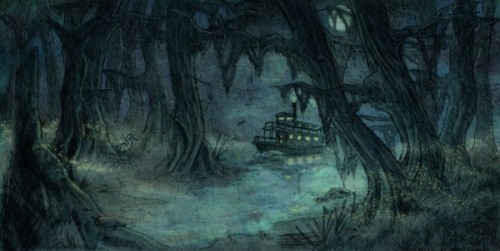 Bayou Arcana is due out in the UK shortly. I can’t find it in the U.S. but it is a “southern gothic” horror anthology that brings together an all female team of artists and all male team of writers. From the Guardian:

“There is a certain sensitivity that you find in women’s art that just does not appear in a lot of guys’ work,” says James Pearson, who edited the anthology, which follows the story of escaped slaves taking refuge in a swamp.

“The way that they interpret the horror has an added depth to it – and that is part of the experiment. It’s actually a really sensitive approach to quite visceral subject matter.”

The article is worth a read as it addresses the marginalization of women in comics and what people are doing to try to change that, including big mainstream publishers.

Cornelis Langeveld has looked at medical romances and whether they “give a realistic picture of medical practice”.

“The doctor novels which were studied give an unbalanced and distorted view of medical practice. The medical information was sometimes incorrect, partly due to lack of knowledge by the author, partly due to incorrect translation from English. The reality of medical practice was not represented accurately in either of the series investigated, although the medical information in the ‘Doctor novels’ [Harlequin] series appeared to be accurate more often than that in the ‘Dr. Anne’ [Favoriet] series.”

An inquiring reader emailed me looking for recommendations:

It seems to me that any romance that mentions the French Revolution deals with the horrors of the Reign of Terror. But what about the wonderful, heady, sexy early days of the revolution–Liberte, fraternite, egalite, before everything went pear-shaped?

Other than Janet Mullany’s “Dedication” (rewritten/reissued in 2012 from Loose-Id) and Pam Rosenthal’s “The Bookseller’s Daughter”, are there any romances that specifically treat the French Revolution as something other than an opportunity for sexy aristos to lose their heads (French) or perform heroic rescues (English)?

On Tuesday, Robin posted a rebuttal to John Scalzi’s claim that readers who complain about price are mean and entitled. Oh and Scalzi argued that publishers have always viewed their readers as customers. Of course they haven’t and nothing supports this more than the Publishers Weekly post with quotes from the CEOs of major publishers identifying that the biggest effort will to be get in touch with the reader directly:

Connecting with consumers by understanding consumer behavior, deepening the connection with readers, and engaging them in new ways around books through effective social media and digital marketing campaigns. The launch of Bookish in early 2012 will be instrumental: a first-rate destination for book lovers, a powerful marketing platform with an original editorial voice, great content, and a sophisticated recommendation engine.

and Robert Gottleib of Trident Media:

Publishers have never had to interact directly with consumers; they have traditionally relied on retailers for handling this relationship. That will have to change in the new business model.

Traditionally, we have known very little about the purchaser of our print books. In today’s digital world we can communicate directly with our readers, and they can respond and reach out to us directly.

And of course Jed Lyons of Rowman & Littlefield Publishing Group, and National Book Network takes the time to characterize ebook devices as the brown paper bag of books:

What surprises me is the lack of focus on globalization. If there is anything (beyond going direct to readers) that I would focus on is globalization, leveraging the larger English reading population abroad with no geographic restrictions and reasonable prices.

Over in comic and gaming land, a public relations disaster was taking place when one PR representative sent increasingly hostile and threatening emails to a consumer, Dave, and then to Mike/Gabe at Penny Arcade.  The whole debacle is well summed up here.

“I want to clear my name. I want to get these people to stop bothering me.”

In a matter of hours, Christoforo went from being just another customer service agent to a focus of ire for thousands of gamers. Christoforo was featured in mocking images and videos, and the Avenger product he was representing was hit with widespread derision and negative Amazon reviews, forcing the company to publicly drop Christoforo as its marketing representative.

For me, this debacle brings to mind  Dickwolves. Summary of the dickwolves incident was that there was a comic featuring a rape and a guest blogger of Penny Arcade objected.  Rather than acknowledge that the content could be offensive to some, the founders of Penny Arcade (Gabe/Mike) ratchet up the tension by announcing that they will be selling Dickwolves t shirts. Writes Alexander Bevier:

It wasn’t the Dickwolves that were offensive. It was Penny Arcade’s mockery of those offended by the passive reference of rape. The Dickwolf had become a symbol; a metaphor for mocking those sensitive to rape culture.

As Penny Arcade kept producing Dickwolf garments, industry members starting feeling uncomfortable about the company and what the merchandise represented. In turn, PAX–the hub of the gaming community–also was being affected. Would the convention reflect humor over rape culture? Would gaming be perceived as something that makes fun of rape and rape culture?

Penny Arcade does not back down. Someone makes an unfunny joke about targeting Mike’s family. Mike doesn’t think this is so funny (yet is unperturbed that Paul’s family is implicated. You reap what you sow? )  But Mike still says he’ll be wearing his dickwolves t shirt at the gaming conference.

Not that the dickwolves controversy in any way excuses Paul’s behavior but in light of the dickwolves incident, Mike/Gabe appears cluelessly hypocritical.   Fear not Paul, Mike notes that any kerfluffle on the internet will be gone in a couple of days.

According to Smashwords, 65,000 books were pulled from other retailers when Amazon offered placement in the Kindle Owners’ Lending Library plan.  Not to fear, says Mark Coker, only 5,000 of those titles were on Smashwords.  Coker also notes that the sales of digital books were high on December 25 and 26:

I’m looking at the early sales results for December 25 and December 26 for the titles Smashwords distributes to Barnes & Noble. For these first two days, sales are running about 225% higher than the daily sales average for November through mid-December.

Despite the loss of LCD-based products (relocated into the media tablet category), ePaper-based eReaders continued to see strong shipment growth. In 3Q11 the worldwide total improved to 6.5 million units, up from 5.1 million units in 2Q11, representing quarter-over-quarter growth of 27% and year-over-year growth of 165.9%. IDC expects growth to continue in the fourth quarter thanks to new products introductions and price cuts from the major vendors.

Speaking of Amazon, M-Edge has filed suit against Amazon for being a bully and an infringer.  Amazon was able to strong arm M-Edge into a contract with increasingly unfavorable terms because Amazon referrals represented about 90% of the company’s revenue. As for the infringement part, M-Edge claims that Amazon ripped off the lighted case design for its Kindle Keyboard lighted case and other Kindle cases.  Reading the litany of Amazon’s bad behavior toward M-Edge should be required for anyone who thinks it is smart to put all their publishing eggs in the Amazon basket.

None of these are new but a better curated list of interesting and low priced books.  I’ve noticed that there is a sad lack of contemporaries and paranormals being discounted and it is primarily historicals.  What gives with that?

Another note of caution, in the December 25 post, I listed a number of freebies. Some of those have switched over to being “$0.00 (read for free)”.  The title is actually free, but part of the Kindle Owners’ Lending Library and you can only borrow one book a month through that program.  If you accidentally buy it thinking it is free, you can easily request a refund. Go to Manage Your Kindle page (you might want to bookmark this page).  Select the title you want to return and click “Request a Refund”.  It’s that easy.

Orbit Books on sale until January 31:

For our crafter crowd:

Indie books that I have purchased: