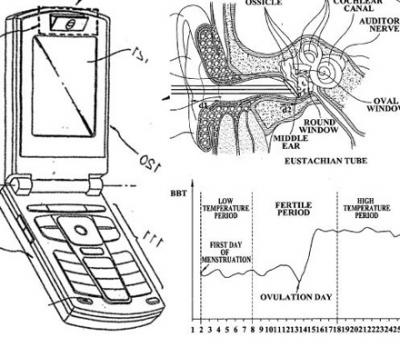 So a couple of days ago, we had the torturous bra implant and today’s gadget news brings us the Fertility Phone. Samsung has applied for a patent for a phone “capable of tracking a woman’s fertile periods.” Despite the fact that the picture vaguely looks like you are supposed to stick the phone where phones are not to go (unless, I guess if they vibrate and then that’s a painful, but personal choice), the phone is supposed to take your temperature and then tell you if its a fertile or non fertile time.

I guess this brings a whole new dimension to phone sex. Aren’t you glad that I don’t just choose to blog about books all the time? (Rhetorical question).