2010 Trend Analysis from All Romance eBooks 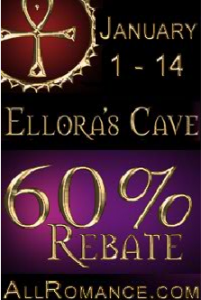 Lori James, co owner of All Romance eBooks and its sister site, Omni Lit, share a 2010 trend analysis that she said I could share with all of you. I think that there are some really interesting data points.   (Here’s an interview Kassia Kroszer did with Lori James and one between Sarah Wendell of Smart Bitches and Lori on the importance of metadata).

Every January, ARe completes a trend analysis based on our prior years sales experience. 2010 was a very successful year for eBooks in general and for AllRomance.com and OmniLit.com specifically. Although both websites realized an increase in traffic rank, we're proud to announce AllRomance.com broke Alexa's top 10,000 website barrier in the U.S.

I asked Lori to explain the rebate system because I recommend EC books from time to time and I hate buying at EC direct. The website and interface is just terrible but outside EC, the prices are exorbitant.   ARE, however, sells them near EC’s price.   Here is how it is done:

The customer pays the suggested retail price of the title. Then we give them a percentage back in eBook Bucks, our in-store currency. They have the option to assign those bucks to their own account for use, or to gift them to another user. They essentially work like cash. There is no expiration. As long as the book they want costs less than their remaining balance, they can click on our “Buy Now” button and with one click the cost is deducted from their available balance and the book appears in their library. People can also purchase bucks and many do – it’s a nice way of staying within budget, shopping on the go, or making sure that you have just a couple charges from All Romance appear on your card each month instead of dozen smaller ones.

We're continuing to experience triple digit growth in the U.S. and the bulk of our sales are to U.S. customers. We are currently selling in 214 countries.

Heat Rating = over 97% of sales are on books rated 3 or higher, of significance is that the 5 flame sales have dropped almost 15% over last year with most of the difference shifting to the 4 flame rating.

NOTE: We've heard from several publishers that they are discontinuing production on some file. We believe PDF, ePub, and PRC are the "must have" formats. If you want titles to be readable on the Kindle via our Wireless Transfer program – we recommend you create PRC's. PDF's do not lend themselves to reflow on that device. Due to numerous requests, we will be adding the Mobi format in 2011.
Romance remains, by far, our biggest seller. Although still popular, the overall market shares for gay fiction, multiple partners, BDSM, interracial and contemporary were all down 43 – 55% from 2009. The overall market share for erotica almost doubled during 2010 and sales increased significantly for all of speculative fiction sub-genres. In rank order we saw growth in sales of Paranormal, Sci-Fi/Fantasy, Vampire/Werewolves, and Shapeshifter books.

A special note about the impact of and plans for agency = Tens of thousands of DRM titles were removed by what has commonly been referred to as "Agency" publishers in April of 2010. Q1 data seems to indicate DRM might have ended up being approximately 12% or more of sales in 2010, as opposed to the 4% that resulted. Although we've certainly realized some lost sales due to the decrease in that inventory, data supports the fact that many readers simply found alternate content to interest them and accordingly shifted those purchasing dollars to non-Agency publishers. (jane added emphasis).


Our customers have continued to express the desire to purchase Agency titles through us and we want to accommodate. We are in the process of working to re-stock that inventory.