This is one of our last first sale letters for a while here at Dear Author.   We’ve decided to take a hiatus from these posts and do an author/editor/agent (maybe) post about a behind the scenes look at the making of a particular book including, but not limited to, discussion on tropes, themes, and plot devices.   Thanks to Tamara Hogan for closing out our series with her first sale story.   Taste Me 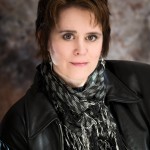 There once was an English major who developed a crippling case of performance anxiety, certain she couldn't meet people's expectations. For years, she wrote only checks, documentation and source code, content to read other peoples' stories. "Someday," she promised herself. "Someday, you'll write that novel."

"Someday' came twenty years later, when she-‘okay, I-‘was busy dodging elbows in the pit at a rock show. The drummer's behavior was positively debauched and-yeah, absolutely riveting. "The guy must be half incubus," I marveled.

The next morning, I dragged myself out of bed two hours before work, went to my hometown coffee shop, and started writing. After writing about two hours per day, six or seven days a week, for about two years-‘some days with Deb Dixon's "Goal, Motivation and Conflict" open in one hand and clutching a pen in the other-‘I finally had a manuscript. And I was scared sh*tless. What if the manuscript sucked? Hard? What if that scared young girl had been right all along?

I talked myself down, and entered a couple of smaller writing contests. To my surprise, some readers thought my opening chapter had promise, and I discovered that receiving strangers' feedback, even negative feedback, wasn't nearly as scary as I thought it would be. I polished the first three chapters of the manuscript, then called Underbelly, took a deep breath, and entered the Daphne du Maurier and Golden Heart contests. Completely under the radar, right? Nothing to lose. 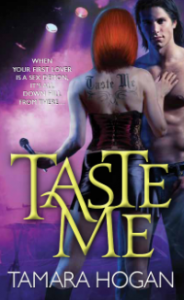 Nothing but my anonymity as the phone rang twice, informing me that my manuscript had been named a finalist in both contests. The validation was wonderful, really-‘but honestly? I was freaked to the gills. All those old feelings of inadequacy, of certain looming failure, came rushing back. I felt like a fraud, and so, so – exposed. I'd finished a solitary manuscript, sweating every step of the way. I didn't know how to write a query letter. My synopsis really did suck. I hadn't researched agents, editors or publishers. I didn't know how to pitch. The back half of my manuscript was still a hot mess, my Crohn's Disease was flaring, and I had a whopping case of day job burnout. The months between the phone calls and 2009 RWA National were frankly a blur. Some days I leaned so heavily on the other 2009 Golden Heart finalists, my Ruby Slippered Sisterhood, that I'm surprised they didn't topple over. Other days, despite their best efforts, I felt quite alone, my confidence in a death spiral, the most clueless Golden Heart finalist there ever was.

Thankfully, by the time 2009 RWA National rolled around, I'd snapped out of it. I vowed to enjoy the Golden Heart experience, and to not to drive myself crazy with self-imposed pressure. Having done some industry research also calmed my nerves, and I'd grown very intrigued by Sourcebooks and its managing editor Deb Werksman. By the end of 2009 RWA National, I'd won a paranormal Daphne (my Ruby Sister Darynda Jones won the Golden Heart) and I'd received several requests for partial and full manuscripts. After the conference, I queried Deb by email, attaching a full manuscript.

Several weeks later, I received a cheery return email from Deb, saying she was just about to read my manuscript. Luckily I wasn't leading the meeting I'd just dialed into, because my thoughts were firmly on the East Coast. In late August, I received another email from Deb saying she loved the book, and wanted a proposed series arc, some alternate title ideas, and insight about my desired career track to take into acquisition meetings. In the midst of this flurry of activity, I accepted representation from agent Cherry Weiner, and in late October, I got The Call (or rather, The Email) from Deb, extending an offer for the first three books of my proposed Underbelly Chronicles series.

Only one of which was actually written.

Was finishing that first book a fluke? Could I write another, only this time on deadline and under contract? Talk about feeling shoved out of the nest too soon! But one of the most talented editors in the biz was offering me a book contract and a chance to make a dream come true-‘a dream that I'd been too afraid to pursue for too many years. I also realized that I wasn't that scared college kid anymore. I'd had life experiences that that young girl couldn't have predicted if she tried-‘experiences which made any residual artistic performance anxiety seem pretty self-indulgent in comparison.

So I stepped to the edge of the nest, furiously flapped my wings, and jumped.

I recently typed THE END on my second manuscript, Taste Me's follow-up, Chase Me (proving to myself that I could do it again – yay me!), but I'd be lying if I said the fear was completely gone. Some days my butt's in the chair, my hands are on the keyboard, and the ground seems a looooong way down.

But I jumped. I'm flapping. And though some days my wings feel really, really tired, flying feels- freaking fabulous.

Two randomly selected readers will receive a free copy of TASTE ME courtesy of Sourcebooks Casablanca! (U.S. and Canada only, please.) Comment before 11:59 p.m. tonight to have a chance to win.

→ Jane
Previous article: The Comeback of the Backlist
Next Post: Thanking our March Advertisers