What Jayne’s been reading and watching in September/October 2013

Since I write separate reviews for most of the books I finish, these reading lists are for ones that for various reasons ended up being either DNF or I didn’t think needed a full review. 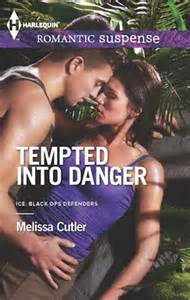 Tempted into Danger by Melissa Cutler

The shame is that with the exception of the standard inappropriate lusting – which I expected – the book was actually not bad until then. And if featured a cool premise of how the heroine had developed some brilliant algorithm that could track illegal money laundering.

Then came a scene that when I read it, I was thinking, “I dunno here.”

The hero and heroine are on the run in the Panamanian jungle and he gets bit by a “pit viper.” He whips out 4 vials of Crofab antivenom (which I’m pretty damn sure is only good for North American species which don’t live in Panama) and instructs the heroine to add water which she gets from a water bottle!, then after the stuff dissolves he tells her to stick some needle to each vial and then inject them into him. A quick check with a pharmacist and nurse I know who work in emergency rooms confirmed how wrong this all is.

Oh and he got bite because they finally gave into “love on the run” and were kissing like the plane was going down. Nothing like situational awareness while in the jungle surrounded by lots of things that can kill you.

Then the idiot heroine calls the equivalent of the Panamanian 911 system because the hero has an allergic reaction to the antivenom which brings down the evil villains on their heads – because she gives their gps location and also strings a brightly colored hammock out so they can be easily seen by the “rescue” helicopter. She’s a math genius – which is why I wanted to read it – but also a Typhoid Mary when it comes to jungle survival. DNF 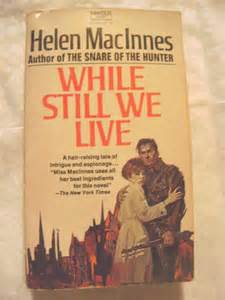 While Still We Live by Helen MacInnes

This one starts great with lovely opening scenes of life in rural Poland in the months before WWII begins. Then comes taut travel to Warsaw before Sheila decides to stay and do what she can for her friends. The noose tightens around the city and things get desperate and then grim. There are horrifying details of survival as the Poles are determined to hang on before their surrender. I’m totally engrossed at this stage. No romance in sight but the story has got me.

Then it seemed like I’d get some nerve wracking stuff as Sheila gets recruited into the Polish resistance and begins to work with those pretending to be Germans. There’s even a Gestapo headquarters scene with Sheila desperately trying to keep her head above water, avoid a spy’s suspicion and turn the tables back on him. Great, I thought. this is wonderful.

Sheila learns about plans to destroy the lovely village where she had spent her summer and begins a game of cat and mouse to save it. She’s almost there and then another fantastic scene of tense danger unfolds when she finally meets up with members of the guerilla band of fighters in the area.

And this is where things slowly sink. The first half of the book kept me on the edge of my seat. The second half was skim city. Lots of different PsOV, endless descriptions of boring day to day life in a deep forest camp and I’m wondering what happened to my taut thriller. It was like the wheels came off and the cart was slowly sinking into mud. I managed to slog through to the end but it was hard work. C- 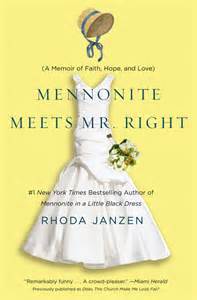 This is another deeply personal journey through Rhoda Janzen’s life and is a follow up to “Mennonite in a Black Dress” which I read a few years ago. This time it’s about her fight against breast cancer and her deepening relationship with a man who should have been all wrong but who just might win my award for Hero of the Year and her return to faith.

The twin issues might sound like downers but the humor here keeps me laughing just as it did in “Black Dress.” She doesn’t get weepy or preachy about either thing though her deep exploration of her time with her boyfriend’s Pentecostal Church might be more than readers want to read about. Religion is a YMMV topic but I think Janzen avoids preaching AT anyone and instead tells her own story and personal journey.

Still there are some anecdotes related that I finished reading and immediately thought, what does that have to do with anything? Some of the things mentioned felt a bit disjointed or maybe I missed the forest for the trees. C 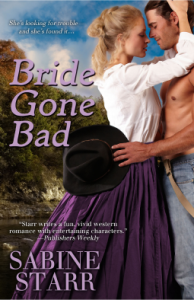 I’m afraid I didn’t get very far with this one. The opening scene has the heroine marching into a saloon, hatchet in hand to order it closed and then attack the bar. Only her hatchet gets stuck and she can’t get out. Ornery men who are pissed that she’d attack the hand carved bar rush up and then – seemingly stand there doing and saying nothing while the hero eyes her and catalogs how pretty she is. It’s like they’re suddenly in a bubble of some kind – no mention of angry shouting or people jostling her or threats from the barkeep – nothing. Then the hero pries loose the hatchet and marches her outside where she proceeds to eye him and catalog all his handsomeness.

Meanwhile, her compatriots in the effort to rid the town of evil booze walk down the street at a funereal pace. Not marching militantly, not surging down the street in righteous anger, no they just seem to be slowly sauntering along while the hero and heroine continue assessing each other. Then when the barkeep finally does make a move and demand she pay for the damages she caused, she turns to look at him with horror. Not defiance, not “in your face 1880 style* – no her look is horror. Surely she had to expect some demand of recompense for what she’d done even if she wasn’t going to pay it? At this point my eyes had rolled as far as I was going to let them. DNF

I have a few movies to recommend this time. Two are French and one is Korean but they all have English subtitles. 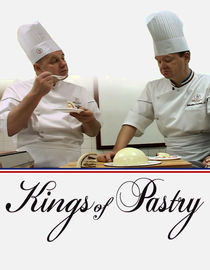 “Kings of Pastry” – Acclaimed documentarians D.A. Pennebaker and Chris Hegedus venture inside the deliciously cutthroat Meilleur Ouvrier de France, the legendary French pastry competition, to capture this fascinating account of what it takes to be the best “patissier.”

With the huge number of chefs, pastry chefs and chocolatiers in romance books these days, I thought it would be fun to watch this fierce and all consuming competition to be named among the best patissiers in France. The MOFs, as they are known, recognize the best of the best among many various professions and trades in France and to be earn this honor is to truly excel at what you do. They will often work for months leading up to the final competition under the direction of an already awarded MOF to perfect the tiniest details of their creations and end with 3 day trial runs to work out the final kinks. The towering sugar sculptures are things to behold. 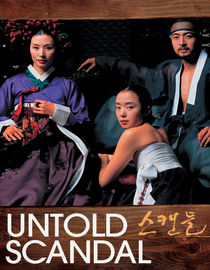 “Untold Scandal” – Set in 18th century Korea, this retelling of Dangerous Liaisons follows morality-deficient cousins Lady Cho (Lee Mi-Suk) and Cho-won (Bae Yong-Jun) as they scheme to ruin the lives of innocents. When Lady Cho asks Cho-won to bed her husband’s lover-to-be (Lee So-yeong), Cho-won ups the ante and goes after an even more virtuous female. If he succeeds, Lady Cho must sleep with her cousin. But Cho-won begins to fall in love with his intended target.

This is another retelling of “Les Liaisons Dangereuses” but adapted to Korean culture among the nobility of the 18th century. If you enjoy the lush visuals of “Dangerous Liaisons” or “Valmont,” give this a try. It’s bit more explicit than either of those but the costumes and scenery are divine. 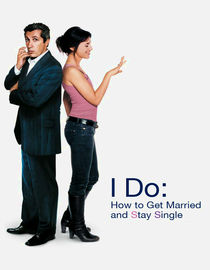 “I Do: How to Get Married and Stay Single” – Successful perfume executive Luis (Alain Chabat) is happily single, but his mother and sisters want him to settle down. After they arrange a string of disastrous blind dates, Luis concocts a crazy scheme that will make his family happy without his getting married. All he needs to do is hire a girl to act as his fiancée and then dump him at the altar. But when Luis meets Emmanuelle, the plan takes a turn he never anticipated in this French comedy.

The plot will be familiar to almost anyone who’s read a romance novel lately. Family pressure drives someone to get a fake fiancé/e and somehow over the course of the story faux turns to feelings. You’ll be able to plot the course of the action but it’s a fun, frothy time to the finish.