The Science of the Glom 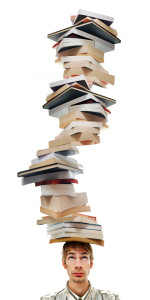 2012 was the year of Kristen Ashley for many romance readers.  Whether it was through The Golden Dynasty (recommended to me as Game of Thrones fan fiction) or Knight (the weirdly magnetic but hard to read book featuring the pimp hero) or Motorcycle Man (the one that I use as a gateway drug recommendation to others), many readers found their way into the deep morass of Ashley’s backlist. I spoke with readers who admitted to reading over ten and sometimes over twenty books of Ashley’s last year.

That’s the definition of a glom.  To acquire the backlist titles of one author until you’ve read or bought everything she has written.

In order for author to be “glommable” (if you don’t mind me extending the use of a made up word), the author needs two things. First, she has to have an extensive backlist.  I’d argue at least four or more other titles you can purchase.  Second, those titles need to be consistent with the book you enjoyed.  This is why publishers try to give books in a series a consistent cover look. They want you to believe that all these books with the same type of covers are going to deliver the same emotional impact.

Taking Ashley as our example.  The Golden Dynasty is barbarian romance fiction with a Mary Sue heroine and lots of forced seduction (and sometimes there wasn’t even seduction involved).  Few other books in Ashley’s backlist were similar to The Golden Dynasty but my friend read those and none others. She wasn’t interested.

For those who read Knight, there were a few in the Unfinished Hero series but not many.  The readers who fell for Ashley because of Motorcycle Man, however, had over 10 titles to read.  You could return to the backlist and get the same high off the Ashley crackpipe.

Contrast this with Joanna Wylde, the author of another successful Motorcycle Club book called Reaper’s Property.  Wylde has an extensive backlist but it is mostly paranormal rather than contemporaries.  I’ve been told that the books are very good but I’ve seen few readers move backward to delve deep into her backlist.  I found myself more willing to re-read Reaper’s Property than delve into a Joanna Wylde paranormal.

Category authors like Susan Napier, Charlotte Lamb, Maisey Yates, and the like are easy to glom. If you like one book, you’ll like the author’s other twenty titles from Harlequin Presents.  In fact, category lines are built along the philosophy of the glom.  The consistent branding attempts to convey that if you liked Book A from one line, you’ll like every other book in the line as well.  It’s an invitation to glom.

When you look at the more successful self published authors like Samantha Young or Courtney Cole, you don’t see a corresponding increase in sales for their older titles.  Those older titles are packaged differently suggesting to the reader that those books won’t include the same tropes or characters that made the other title successful.

Consistent with the above definitions, I’ve made a list a few of the most glommable authors.  Who should be on that list? Who did I include incorrectly?  What do you think makes a glommable author?