When Mills & Boon celebrated its centennial a few years ago, it commissioned a series to mark the occasion in its Medical Romance line. The series was to be set in the fictional coastal Cornwall town of Penhally Bay and all the novels would focus on characters who came to work or already lived there. Penhally Bay was too small for a full-sized hospital, but one of the focal, continuing characters of the series had established a surgery. The doctors and nurses who worked in the surgery (including Strangers Coming To Town and Bad Boys Returning Home), the patients who came for treatment, and auxiliary members of the town medical community all played main characters in the novels. The town’s location on the coast also provided opportunities for sea disasters and rescues, and the famous cliffs and mines of Cornwall offered even more drama. 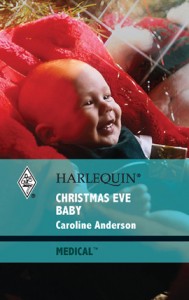 The Brides of Penhally Bay series was initially intended to comprise 12 novels, releasing one per month through 2008. It was so popular that it was extended to 16 books, and then a second  8-book series, set in the nearest larger town’s hospital, St. Piran, was begun. Readers were already familiar with St. Piran because that was where serious Penhally cases were taken for hospital care.  In addition, the St. Piran’s Hospital series finally wrapped up the long-running romance of Dr. Nick Tremayne, the head of the Penhally surgery, and his practice manager Kate Althorp. Their complicated relationship had been revealed and developed over the earlier books but never resolved.

As a faithful Medicals reader, I was thrilled to find the series, but as an American customer I was less thrilled to discover that they were unavailable for sale in the US. Luckily I am able to buy UK books, so I snapped up the omnibus volumes available from M&B (4 volumes of 4 books each) and burned through them. Finally, in 2011, the series came to Harlequin’s US bookstore. They are again releasing one per month, on Harlequin’s inexplicable schedule of print before ebook (i.e., a January print book is not released in ebook form until February).

I’m not going to review all 16 books, but with more than half released so far, I thought it would be worthwhile to provide quick summaries of the first eight individual novels and ask readers to chime in with their thoughts (and reactions if they’ve read them). A warning to non-regular Medicals readers: these books feature all the standard tropes. Big Mis, Secret Babies, reunion stories, friends to lovers, non-secret babies, other secrets, etc., plus of course lots of medical stuff. The pleasure, for me, lies in the way the authors deploy these tropes. Some work really well, others not so much. But if you’re a fan of continuity series like me, it’s worth reading them all to build the knowledge of the world.

Christmas Eve Baby by Caroline Anderson. This books introduces both the series as a whole and the first of Nick Tremayne’s children, his only daughter Lucy. Lucy and Ben Carter are doctors and former friends who were driven apart by a family tragedy for which Nick holds Ben responsible. Lucy and Ben meet again and fall into bed with predictable M&B results and have to deal with Lucy’s antagonistic father and make decisions about their futures. Anderson is a skilled writer; she does an excellent job of introducing a large cast of characters and setting the stage for future installments, and Lucy and Ben are very likable main characters.

The Italian’s New-Year Marriage Wish by Sarah Morgan. Amy Avanti comes back to seek a divorce from her Italian doctor-husband, Marco. Amy ran out on Marco two years ago and went to practice medicine in Africa. They are still very much in love, but Amy refuses to tell Marco the real reason she left, and he refuses to give her a divorce until she explains. It’s a Big Mis meets reunion story. Marco is a gorgeous, sexy, endearing hero of the type Morgan writes so well. Some readers will find Amy sympathetic and others will want to shake her; I fell somewhere in between. The setting is further developed and we learn more about Kate and Nick, but Morgan’s attention to context doesn’t lessen her focus on the main relationship.

The Doctor’s Bride by Sunrise by Josie Metcalfe. Adam Donnelly comes back to Penhally to rekindle his interrupted relationship with his childhood friend, paramedic Maggie Pascoe. He has some explaining to do, but before they can do much but say hello, they’re both required at a rescue operation that involves Kate Althorp’s young son Jem. Metcalfe offers an unusual setting and time-frame: most of the book takes places in the course of the rescue and Adam and Maggie only communicate by 2-way radio for a large section of the book. Nevertheless, she manages to create a sweet story of reunion and romance amidst a dangerous rescue operation, and it’s not as incongruous as it sounds. It doesn’t entirely work, but it’s fun to watch it unfold.

The Surgeon’s Fatherhood Surprise by Jennifer Taylor. Playboy surgeon Jack Tremayne comes back to Penhally Bay when he gains custody of his 3-year-old son, about whose existence he only learns when the mother dies and leaves him as the custodial parent. Neighbor Alison Myers, practice nurse at the Penhally surgery, friend of his sister Lucy, and single mother of her own 3-year-old, is an invaluable help as he adjusts to instant fatherhood. This is a fairly predictable story of playboy turns family man, heavy on the medical and Tremayne family subplots, but the hero and heroine are likeable and the matching 3-year-olds are not overly annoying.

The Doctor’s Royal Love-Child by Kate Hardy. This story pairs one of the handsome foreign surgery doctors we’ve come to know and like, Dragan Lovak, with Melinda Fortesque, the town vet who turns out to be a Royal Princess. Her family is pressuring her to give up her profession and come back to assume royal duties. While I’m usually not a fan of princess stories, this one worked for me. Dragan is a wonderful, winning hero, and Melinda is down-to-earth and surprisingly believable as someone who would rather be a wife and vet in a Cornish village.  Pregnancy storyline but not a secret baby.

Nurse Bride, Bayside Wedding by Gill Sanderson. This story introduces the third Tremayne sibling, Ed, who has returned to Penhally after a difficult tour of duty as an army doctor. He meets ship’s nurse Maddie Granger when her cruise ship is moored in Penhally Bay with an outbreak of Novovirus that puts many elderly passengers at risk. Like the other Tremayne-centered stories, this one has more of a focus on Nick and Kate, as well as on Nick’s relationship with Ed. Ed and Maddie both come with baggage from past relationships which affects their current lives, in Maggie’s case quite directly. The book is competently written but didn’t really do that much for me, in part because I found the shipboard and virus storyline less interesting than those involving village and countryside residents. The patients are mostly senior citizens and the main characters are fairly quiet personalities.

Single Dad Seeks A Wife by Melanie Milburne. This novel moves away from the surgery staff and Tremayne family and features a relationship between visiting Australian forensic pathologist Eloise Hayden and Chief Inspector Lachlan D’Ancey. Eloise has come to investigate the drowning death of a renowned young Australian surfer, whom Lachlan’s teenaged daughter had befriended. The conflict between them is well-motivated and their growing attraction nicely handled, and the introduction of a mystery subplot makes a nice change of pace. Lachlan is a sympathetic and winning hero and his relationship with his daughter is one of the novel’s strengths. Nick and Kate are important characters and a Big Secret of their past is revealed.

Virgin Midwife, Playboy Doctor by Margaret McDonagh. The heroine is definitely a virgin, and the doctor is something of a playboy, as advertised, but in McDonagh’s skilled hands this turns into anything but a fill-in-the-trope story. McDonagh is fast becoming one of my most reliable Medicals authors and this novel shows why. Chloe MacKinnon is the midwife at Penhally surgery and while she is attracted to fill-in doctor Oliver Fawkner, the gulf between their respective backgrounds and experience makes her shy away from getting to know him outside work. Oliver is intrigued by Chloe but she’s clearly not the type for a quick fling, and she’s shy but no doormat. For his part, Oliver is a playboy but he’s not a jerk, and his efforts to woo Chloe and win her trust are sweet to read. You can see why these opposite personalities are attracted to each other.

Recapping these eight novels, one thing that stands out to me is that many of the main and supporting characters are not that young. Several heroes are in their late thirties or early forties, and they are often paired up with heroines in their thirties. Nick Tremayne is well into middle age, and Kate Althorp is no youngster herself. There are subplots with teenagers, and while there are lots of pregnancies and marriages, they don’t seem as overwhelming to me as they might in a group of stand-alone novels because they fit into the warp and weft of village life. Every book in the Penhally Bay series isn’t a keeper, but overall the authors have done an excellent job of creating a shared world that I’ve enjoyed returning to over and over.

How about you? Do any of these stories pique your interest? Have you read them and do you have recommendations? And if anyone wants more information on any particular title, let me know in the comments.