So we all know I love sports romances so when Carina Press emailed me to let me know that April 14, 2014, was sports week for them, I was excited. I had each of the authors share with us their favorite sports team and why.

I’m a Packers’ fan and have been all my life. It could be because I am from Wisconsin but my brother is a Viking’s fan. I don’t know where we went wrong there. Weirdly I’m not a Brewers or a Bucks fan. I just like football. No, I love it. I look forward to the fall when the kick off begins. I’m not immune to the terrible stuff that goes on from the drugs to the assaults to the general misogyny but I still love it.

I went to a Green Bay Packer game with a friend and we visited a bar that they frequented after. I was actually surprised at how small some of them were. Like Antonio Freeman? I think I could have taken him. He was a slip of a thing. Of course, I’d have to catch him first and we all know that he ran like the wind and could catch footballs off his back but still. In my mind, I figured I could totally tackle him.

My first memory of reading a sports related book is Susan Elizabeth Phillips’ Chicago Stars series. Looking back there were a ton of disturbing things about the books but I still feel she got the sports pretty right. So what did the Carina Press authors have to say? 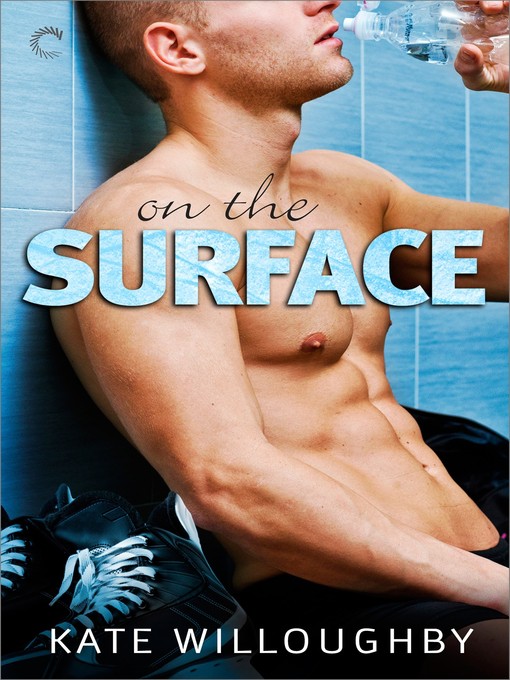 I initially became a fan of the Los Angeles Kings hockey club because I happen to live in Los Angeles and my husband dragged me to a few games, but I’ve truly come to love the Kings and the sport of hockey. One of the main reasons is the idea of being a team extends beyond when they’re on the ice. Many of them live in the same neighborhood so they often carpool to work. I don’t know why I think that’s so cute, but I do. Drew Doughty and Trevor Lewis are long time roommates, and Jarret Stoll took in (now ex-) teammate Brad Richardson for a while. (Until recently, all but the most veteran NHL players roomed together on road trips. They still do in the minors.) And when someone is traded to Los Angeles, despite the fact that Kings staffers help with the acclimatization, the Kings go out of their way to make the new guy feel welcome, inviting him to their homes for dinner, showing him around the city, etc. They strive to be as much a team on the ice as they are off it and I love that. 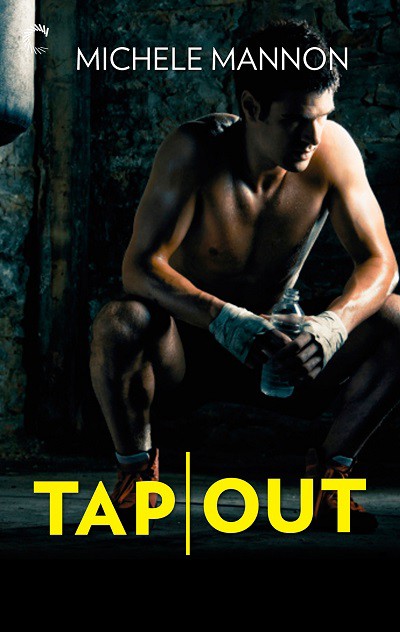 Did you know MMA is the fastest growing sport, growing in popularity, from man caves to grandma’s kitchen, in a relatively brief amount of time? I say move over boys because  I’m hooked. Two fighters in particular stand out in my eyes. Dan “Pretty Boy” Cramer who is six feet two and weighing one hundred eighty-five pounds, and will fight in the middleweight MMA Bellator championship this month. Pulling off a major comeback this year, Dan fights smart, has mad mixed martial arts skills, has that relentless determination that I so admire in great athletes.  The second is Pat “Paddy Mike” Curran, a five foot nine, one hundred forty-five pound featherweight. But don’t let his weight fool you. Pat is pure muscle. Matter of fact, he  just captured the 2014 Bellator championship. Both Dan and Pat show resilience, intelligence, and best of all, they’re easy on the eyes. So, are you hooked on MMA yet? 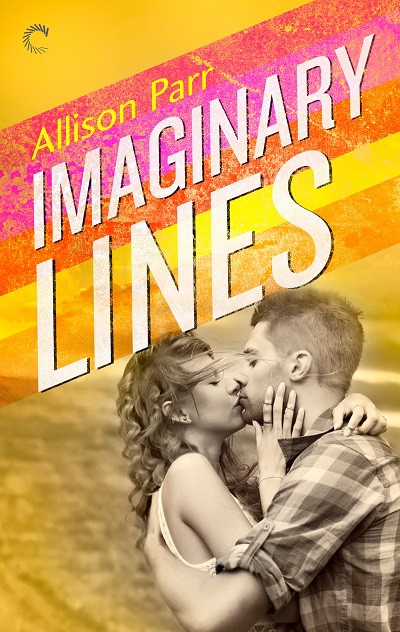 Hands down, I’m cheering for the Patriots. (“Oh, that will make your popular” my friends tell me mockingly). Despite setting my books and going to school in New York, I’m Boston born-and-bred, and nothing makes me happier than a bit of Beantown pride.

I can’t help it. I love everything about my city’s football team. I love their fierce pride and fierce loyalty. I love their talent and energy. I love their uniforms (I mean, they’re pretty awesome uniforms, aren’t they?) I even love Tom Brady. I’m sorry, but it’s true. And okay, so Spygate was really not a good life choice, but I kind of love the scandal, too.

To me, it’s all about being part of a community – being wrapped up in the culture, in the mutual wave of excitement with fellow fans. It’s sitting in a bar and chatting with the people next to you as you watch the game, and defending your players fiercely when you’re out of state, and that rush of joy and exhilaration when your team wins. So I’m sticking with the Patriots no matter what state I end up in – but I’ll respect you if you stick by your team, as well. 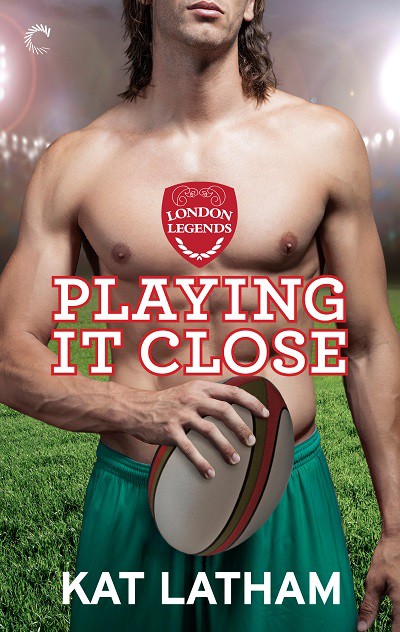 I should probably talk about my favorite professional rugby teams, but there’s one non-pro team that holds a special place in my heart: Petrovice rugby club in Prague. My British, rugby-mad husband played for Petrovice when I met him, and I learned about rugby by watching his matches. Did you know there’s lots of male nudity after rugby matches? Yep. Lots. There’s also lots of singing. Combine the two? Hoo boy. *fans face*

After the very first rugby match I watched, Tim and I hung out at the clubhouse bar with the other players and their friends. Suddenly, all the guys except Tim stood up and formed a circle around the room. Then the players started singing. The words were Czech, but I recognized the tune and asked Tim, “Why are they singing ‘Father Abraham Has Many Sons’?” He just laughed and said, “I think we’d better go.”

Right then, the guys got to the point in the song where they were supposed to shake a body part. Instead, they all stripped off their shirts. By the time Tim dragged me out, there were thirty young, muscular, cute Czech boys dancing naked and singing about Father Abraham.

*clears throat* I think that memory just inspired a scene for a future book. Excuse me… 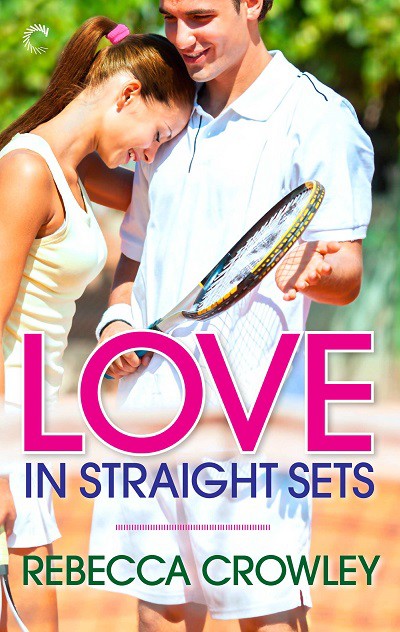 When I won Wimbledon tickets in the annual ticket lottery in 2009, I was thrilled. When I learned they were for Centre Court on the day of the women’s semi-finals – a round Venus and Serena Williams were both likely to reach – I was ecstatic!

I’ve been a huge fan of the Williams sisters for years. They’re exciting, skillful players with aggressive, resilient, powerful styles that are often absent from the sometimes lackluster women’s game. They’re also brilliant ambassadors for the sport, advocating for equal prize money for women and men and working hard off the court to me for and inspire young players. They’ve overcome financial obstacles as well as implicit racial barriers to create palpable change in this old, traditional sport.

Both women made it to the semi-finals in 2009 and I still can’t decide which was better, Venus’s nearly perfect 6-0, 6-1, 6-0 match or Serena’s long, dramatic battle against Elena Dementieva. Seeing them both win their matches was even better than watching their Williams v. Williams final. And being an American expat in London, watching Americans close out the British Grand Slam? Priceless. 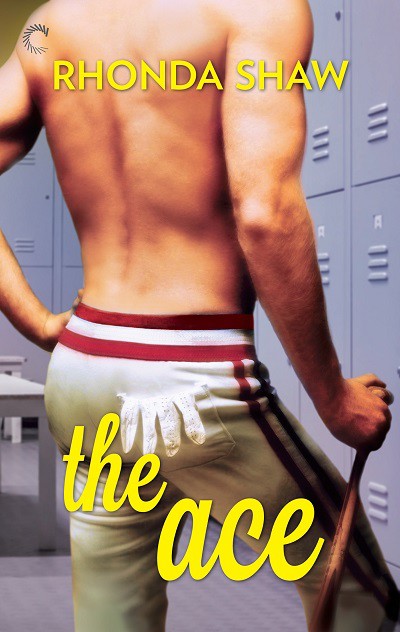 I’m a huge Detroit sports fan.  I enjoy all of our teams (yes, even the Lions), but two are my favorites.  First, the Tigers.  Summer is my thing and nothing is better than a warm, balmy night at the ballpark, watching the sexy Boys of Summer take to the field.  Regardless of whether we’re witnessing a pitcher’s duel or a slugfest, I love it all.  Seeing them pat each other on the butt doesn’t hurt either.

Not far behind the Tigers are the Red Wings.  Despite hating winter with a passion, I do enjoy hockey.  We had season tickets when I was a kid, so I witnessed the end of the “Dead Wings” era and their progression into greatness.  The expectations around them are so high now that when they don’t play well…ugh!  I want to pull my hair out!

Also, I’ll admit, once Steve Yzerman retired, my interest did diminish just a teensy-weensy bit.  The smooth, hunky center, aka “The Captain,” was my absolute favorite.  Anyone want to join me in a petition to get Stevie Y back on the ice?  That man’s still got it.

Readers, do you have a favorite sports team—real or fictional?

→ Jane
Previous article: REVIEW: The Wedding Ring Quest by Carla Kelly
Next Post: REVIEW: On the Surface by Kate Willoughby