Fix it! (How to turn CoverFail into Cover Win)

Covers fascinate me and a lot of blogs do the cover thing like the classic and can’t be duplicated cover snark by the Smart Bitches and so I’ve never posted about bad covers here at Dear Author. Nor about good covers. But I love to talk about them so I thought I’d institute a new feature for Thursdays called Fix It in which we take on bad covers and talk about what could fix them (and what is wrong with them in the first place). I’m not very good at snarking so I’ll just tell you straight off what didn’t work for me. First, covers are just as important on the internet as they are in person. Second, covers move me to buy and can deter me from buying. They are that important.

First up is Jeaniene Frost’s cover, Eternal Kiss of Darkness. Ironically, the internet image of this book cover actually looks good. It’s when you see the cover in person that the shocking badness of the cover jumps out and shoots you in the eye. 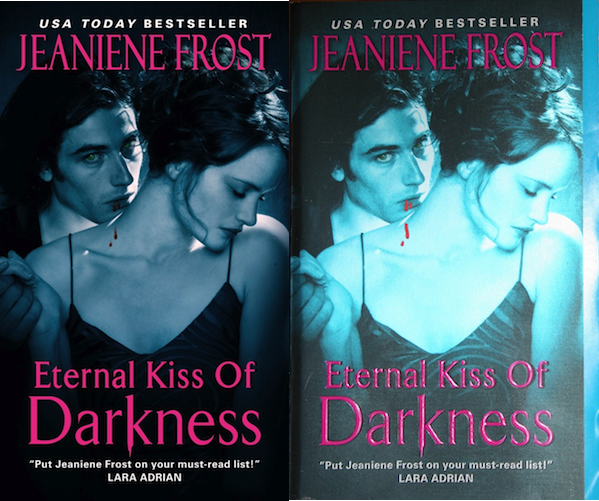 (click for a better image of the paper cover).

The second cover is Lisa Ruff’s book Man of the Year. Jayne has consistently given Ruff’s books good reviews. Ruff’s latest publication, Baby Bombshell, was an August recommended reads. Yet, Man of the Year has to fall under #coverfail because of the so many things. The smirk is one. The apparent youth of the cover model (he looks like he is playing in the College World Series, at best). The hat that appears to have never been worn before (is this his first time at the rodeo?).   His awkward stance (the mound must be really uneven).   This book would have been a pass for me. 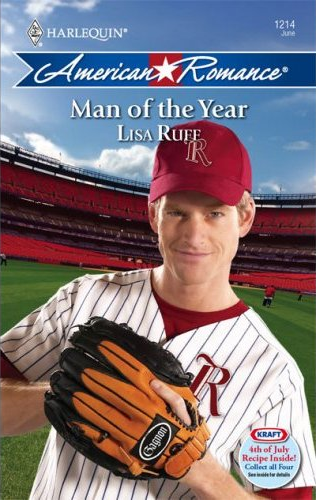 Thoughts about these covers? For me, to improve the Eternal Kiss of Darkness cover, you would just need to remove the fake pink blood that was slapped on the top.   For the second book, I think you need a new cover model. Or at the very least, a better hat.