It’s one thing to have vaguely similar art from one publishing house to another (or perhaps in some cases blatant copying of one cover by another house) but the reuse of the same cover art, the same look, perhaps even the same model with some fantastic photoshopping within the same house seems to cry out for some new blood in the cover department: UPDATE: I have been informed that these are two different photoshoots inspired by the same magazine ad which inspired two different editors. 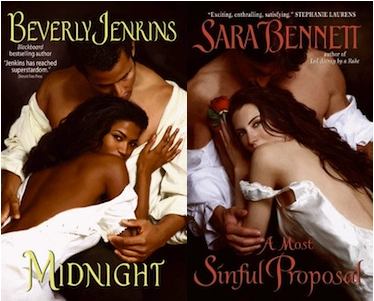