CONVERSATION: What Makes a Sex Scene Work for You?

A few weeks ago, we discussed the emotional dynamics of sex scenes and their role in the story. Now for a broader conversation about our other likes and dislikes, what we want more of and our pet peeves. Here are the questions I asked DA’s other contributors: 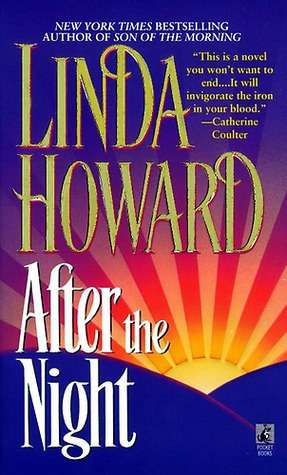 Layla: In general I prefer sexy romances over closed door although I have and will read both. I’m the type of reader who would like a sexy Pride and Prejudice for example, even as I admire the original P&P and all the suppressed longing. Historical authors do it better— I don’t like inspirational or purposely chaste romances written today and I don’t read them much.

A small quibble— I don’t like when heroines who are virgins or unpracticed go right to oral sex, especially in historicals.

Janine: Same here. I still like hot romances. But at one time steamy sex was a draw in a way it isn’t now. When I started reading romance as a young teen, I avoided closed door books. I had not experienced sex and wanted as much information on it as I could get. Over time I’ve come to care less having information, obviously, but heat level also isn’t as high a priority as it was for me even in adulthood, just a decade or two ago. The novelty has faded. Overall I still prefer a book to have sex scenes, though. I often feel that I’m not getting a complete picture of the relationship when sex is left out.

Jennie: I am another reader who has gone from wanting “hot”/explicit sex scenes in romances to being sort of burned out on them or just over them. I don’t have a preference for chaste romances, necessarily, but I just don’t care as much about the sex scenes as I do about other aspects of the book. This is definitely a change from my younger days and I wonder if it’s just sort of a natural progression, as someone who has been reading the genre for nearly 30 years.

And let me be clear – that’s not because I don’t like reading them, it is just I always care for plot/characters first in the m/m books I read and I want sex to be icing on the cake. I have read A LOT of m/m romances and books with m/m romantic elements and way too often I see plot or characters sacrificed in favor of sex. Count me out on that. I don’t deliberately seek the books with non-explicit / fade to black scenes, but it just so happens that I read more and more of those.

For me Aleks Voinov for example writes smoking hot sex scenes. I loved sex scenes in Charlie Adhara’s series and I am sure there were some more, but I honestly have to sit down and think about the names of the writers whose sex scenes I enjoyed, no joke.

I always bring Tamara Allen’s name because I love her books, and she is definitely on the non – explicit / fade to black side of the writing of sex scenes, but in The Only Gold I loved when we did see some intimacy between the couple, it was fun.

Kaetrin: I’m not a fan of “everything but penetration”* sex scenes where the only thing that doesn’t happen on page is actual coitus and an orgasm. I’ve never really understood the point of that. Like, there’s explicit language and all the buildup but then, click the lights go out. Why?

(I’m talking here about m/f romances where the characters do have PIV sex but off page, when everything that leads up to it is explicitly on the page.)

Janine: It doesn’t happen often but when I read a book like that, I can only think that the reason for it is that the author doesn’t feel comfortable writing it. I’m not crazy about fade to black in the middle but I’d prefer an author wrote one of those than to force herself to write explicitly and have her discomfort with that come through.

Layla: Public sex or sex in unexpected places I love! Especially in historical when there is a chance of getting caught. I remember an Anne Mallory where the scene takes place in a gambling club in a closed-door space while everyone else is gambling outside.

Janine: With regard to unusual locations—it depends, but sometimes I do find that hot. There was a restroom sex scene in Linda Howard’s After the Night where toward the end a woman walks in on them! That was hot because it was passionate; they couldn’t wait because they were so into each other (their families were feuding so they couldn’t be together in public).

Jennie and I once talked about a scene in Elle Kennedy’s Off-Campus book, The Score, where Dean and Allie have sex in the living room of the house Dean shares with his friends. She thought it was gross, which I totally get, but I was okay with it because they were in college and it’s such a college kid thing to do.

Jennie: I actually remember the scene you mention in After the Night and it was very hot. All the sex in that book was very hot. I suspect that I’d have problems with the book if I read it today – I had problems at the time – but, whew, the sex scenes!

I guess with the Elle Kennedy book it just seemed inconsiderate of a shared space. Like, do I want to sit on that couch knowing what people have been up to on it?

Janine: It’s totally inconsiderate, but when people are young, they are less mature being less considerate is part of that.

Jennie: It’s entirely possible I’ve gotten more prudish as I’ve aged. I’m not against public sex but I prefer it to be spontaneous rather than planned *because* the people involved are exhibitionists. So I see that as a difference between the two books and scenes.

Jayne: Basically it could boil down to NOT reading about any “weeping (or “dewy”, I hate that too) center of her womanhood.” Ditto on the word “turgid.” Also no “doing the dance of time.”

Janine: You are so right, Jayne, language and style can make a huge difference. I remember a poster once talking about the sex scenes in Passion by Lisa Valdez and saying that the close focus on the anatomy of an aroused penis was so detailed that she felt like it might as well be a blow-by-blow dispatch about astronauts landing on the moon.

Kaetrin: There are some words or phrases that put me off – moist for example or, even worse, crevice. And I deeply dislike references to words that suggest gender is related to body parts – eg “womanhood, femininity, manhood, etc”. That kind of language is unnecessarily exclusionary.

Jayne: So … no moist crevices for Kaetrin!

Janine: Vocabulary-wise, there was a lot of silliness in 1970s romances I read as a kid and some of it was definitely off putting — caves, coves, rods, stalks, etc. Much of the time I’m not a fan of metaphors for body parts. Just call a thing what it is.

Kaetrin: Tessa Bailey is an author who writes very hot and creative sex scenes (It Happened One Summer was scorching) and truly excellent dirty talk but she also has a bad habit of using some of those gendered words for body parts.

Janine: I don’t like those either. But what’s worse for me is sex-negative language. In Carla Kelly’s Beau Crusoe, James, the hero, has sex with Lady Audley, an unpleasant woman who seduces him, and the sex is described in truly off-putting terms. Lady Audley knows she wants and goes after it aggressively, but James, the hero, could have walked away. Instead we get this:

When they finished, he had tried to apologize for his unbecoming conduct. She only grabbed hold of his retreating organ and rubbed it against her slimy bud until she came again. And again, bucking and panting like a dog on a hot day. He had never seen such a performance.

I am not a fan of moist but I’ll take it over slimy any day. And comparing an enthusiastic woman to a dog—yikes.

Kaetrin: I dislike romances labelled “clean”. Kisses only or fade to black is fine but no moral judgements or preaching please.

Jayne: Wasn’t there a debate years ago at some site about using the word “clean” for no-sex romances? I’m not a fan of it either.

It’s now your turn, DA readers. Tell us all about your likes and your pet peeves—those we’ve mentioned and any others you want to bring up. We would love to hear your thoughts.