CONVERSATION: Sex Scene Dynamics and their Role in the Story

Janine: Hi guys. It’s time for a new conversation post, and this one is about sex scenes—their dynamics and their role in books.

Here are a few questions: How much does the emotional dynamic or tenor in a sex scene matter to you? Do you prefer that the sex in a sex scene be perfect or imperfect? Do unsexy sex scenes have their place in a romance? And what makes a sex scene impactful?

Layla: The sex part — while it’s made fun of by those who don’t read romance— is an important part of the story for me. Romance writers write sex scenes differently — they are attentive to women’s pleasure and also to sex as a part of an emotional relationship. I remember reading for example Philip Roth and the sex scenes were gross to me.

Janine: The emotional dynamic matters to me a lot. There’s no one specific emotion I prefer, but I like for the scenes to reflect what is happening for the characters and in the relationship. I want to see them make love as only these two people would. 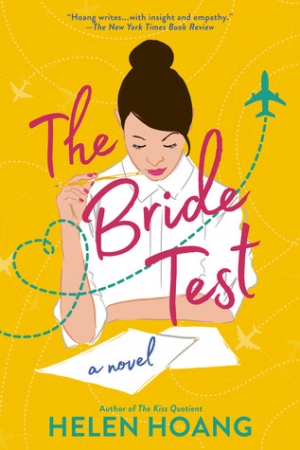 I love when a character’s world is so rocked by how good the sex is that it alters them and/or the relationship, but an imperfect scene can be just as good, in a different way. In Helen Hoang’s The Bride Test, Khai is both neuroatypical and a virgin, and the first time he and Esme have sex, he’s so into it that he doesn’t wait to satisfy her or even fully understand what’s needed. I’m so used to sex scenes that end in the heroine having an orgasm that this scene really got my attention. Esme has made herself vulnerable and she’s hurt and upset. She thinks Khai doesn’t value her. Since she won’t talk to him the next day, Khai has to figure out what he did wrong and how to make things right. I read the book three years ago and still recall this section vividly.

Layla: I like perfect and imperfect sex— I recently reread A Lady Awakened, the Cecilia Grant book where the heroine hires the hero to help her have a baby and that book is 85 percent bad or imperfect sex. But it works!!! And when you get finally to the good sex it’s such a payoff. And meanwhile the emotional relationship between the two is growing. So sex is symbolic of a lot do things including the heroine’s upbringing and character. Mary Balogh has lots of “imperfect” or routine sex (she likes the word mounting a lot!) but it’s always in the service of advancing the relationship.

Jennie: I absolutely have a fondness for awkwardness or imperfection in sex scenes. It feels more real to me, as opposed to scenes that feel choreographed (the latter remind me of the author behind the scenes and that takes me out of the moment).

Jayne: Imperfect can be fun and more realistic.

Sirius: I love imperfect sex scenes when characters get to giggle some.

Janine: I like angry sex, which I know not everyone does. Laura Kinsale has a terrific angry sex scene late in her medieval romance For My Lady’s Heart. Melanthe betrayed Ruck, her husband, to save his life, imprisoning him to keep him from risking himself to try to save her from marriage to Gian, the villain (there’s no proof she and Ruck are married). After Ruck is released and Gian dies, Ruck is still furious and the sex shows all his anger at her disavowal and frustration at his helplessness to protect her when he was locked up. At the time I read it, it was one of my favorite sex scenes in the genre.

I also like sex scenes that are tender because one character could have died but didn’t, or because one of them is recovering from trauma.

Layla: I love love love when a sex scene has tenderness. Little moments of cherishing or love during intimacy make me swoon. There’s a scene in Meredith Duran’s Bound by Your Touch that makes my heart flutter— the hero is angry at the heroine but desires her so much and during the sex you can see he loves her too. He sees her vulnerability and fragility as a human and he aches for her. Swoon worthy!!

Kaetrin: I like all kinds of sex scenes – bad sex, good sex, unsexy sex, sad sex, angry sex, joyously happy sex – depending on their purpose in the story. As long as it is consensual, I’m good.

Famously my favourite sex scene (I wrote a whole post about it on my blog) is not remotely sexy. It’s from my favourite Mary Balogh novel, Heartless. It tells me so much about, in particular, the hero, Luke, and how much he cares for Anna, notwithstanding he’s supposed to be the heartless one the title references. I appreciate a hot sex scene but for me the ones I go back to tend to be where there’s evidence of a deeper intimacy, like the one in Heartless.

That said, there are plenty of ways to show intimacy and explicit sex isn’t necessary for it. Tigers and Devils by Sean Kennedy has closed door sex but is very romantic and deeply intimate.

Janine: I agree a sex scene doesn’t need to be hot to be a great scene. Emotional intimacy can bring so much to a story. Although, I have to say, there are scenes where a certain kind of non-intimacy is the whole point and those can be very effective too.

Since you bring up Balogh, Kaetrin, almost all her sex scenes are unsexy to me. In The Temporary Wife (one of her best books IMO), Balogh shows the gradual progression between sex where the hero holds back emotionally and sex where he and the heroine are emotionally connected. That’s even more true in Balogh’s A Precious Jewel, where the heroine is a prostitute in the beginning—there the early sex is not only non-intimate, but also unpleasurable and off-putting. These were all effective scenes because each showed what was happening in the relationship at that particular moment in time.

Jennie: I really like some variety in the level of emotion or connection in sex scenes – particularly when it’s used to show the progress of a relationship. For that reason, I don’t mind if earlier sex scenes are more about the physical rather than the emotional connection.

Jayne: Once a relationship *should* have some deeper emotion, I’d like to see that.

Janine: Agreed. Still, some sex scenes are so focused on the characters’ emotions that it almost doesn’t read like sex. The physical sensations don’t get much of the characters’ attention. Those kinds of scenes don’t work for me that well. No matter how emotional, I prefer for sex to still read like an experience that is also physical, at least if the scene is more than a quick summary. Otherwise I start to roll my eyes.

Kaetrin: I do want it to move the story forward. I don’t generally skip sex scenes but if they don’t seem to have a narrative purpose I might skim them.

Jayne: Good point, Kaetrin, about a sex scene moving the story forward and not being just “it’s time for another round of coitus” beat in the story.

Janine: When I was an undergrad, one of my Film Studies professors told us how, years earlier, she’d been hired by a director to interview other filmmakers and find out what the most memorable sex scenes were to them and then to search for a common denominator. She found only one: the cited scenes were all situated at turning points in the story. When a sex scene pushes the plot in a new direction, it can be riveting.