Janine: In our last conversation post we discussed anachronisms. Some of the offshoots in our discussion were enjoyable so we hope that you will like them too. Here they are: 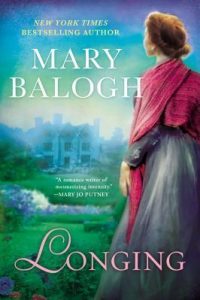 Jayne: If you don’t realize something is wrong or you couldn’t care less about it, does it bother you if someone points it out?

Janine: Whether that mars my enjoyment after the fact depends on how important my belief in the anachronistic thing was to my enjoyment. In an old Mary Balogh, Longing, the plot hinged on female miners being forbidden to participate in a real historical effort to improve mining conditions in Wales. The heroine was physically punished by the men of her community for trying to learn more about their plans to protest. In her author’s note, Balogh explained that the exclusion of women from the activism was her own invention. On the whole I like author’s notes that mention taking liberties, but in this case it took something away from my enjoyment because so much of the story hinged on that made-up fact and much of my reading pleasure had originated with that aspect of the story.

Jayne: If authors add notes at the end of the book explaining that yes, they know such and such was an anachronism but the plot really needed this slightly adjusted timeline or add references that hint that what they added could have been period, I’m usually okay with that.

Jennie: Count me as someone who is more likely to be annoyed by author’s notes justifying changes to real history than mollified by them. If it’s really minor, I can let it go, but anything reasonably significant, I find myself unsympathetic. This probably sounds awful to authors, but it just feels lazy to me to change facts to suit your plot – couldn’t you have changed your plot to suit the facts? 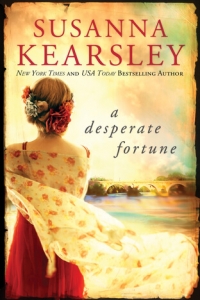 Kaetrin: Conversely, one of the (many) things I love about Susanna Kearsley’s books is that they are so meticulously researched and it’s always fascinating to read her author’s notes and find out which parts (and people) are real and which are fictional.

What’s in a name?

Jennie: “Anachronisms that aren’t” could be a whole separate discussion. I know I’ve experienced those, especially with names. I get that an author may somehow be able to dig up a 17th century Kylie, somewhere, somehow, and then they get defensive when readers complain about the “unrealistic” name. But I’m on record as being fine with all historical English/American heroines being named Elizabeth or Jane or whatever, simply because I’ve read too many that don’t feel right or real.

Layla: I also feel jarred when modern names are used in historicals.

Janine: For me this kind of thing depends very much on context. Does the character share the gender of the actual people who had that name? Are they or their family from the region the unusual name originates from (the internet tells me that Kylie is a Gaelic name)? Of the social class that may have been associated with that name? Is there evidence that at least a handful of people with that name existed in the book’s time period, even if it was uncommon, or is the author bringing in a name from the medieval era into a regency, for example? Even if all these criteria are met, it can still jar me if the name has a strong modern association.

Jennie: Sorry – Kylie was a hypothetical! It could as easily be Courtney or Mackenzie or whatever. A real-life example that I know I read years ago was a heroine named Brandy. But I haven’t looked into the etymology of that name, so I don’t know if it’s totally unbelievable or not. But I would venture to guess that the percentage of heroine names that I find UNLIKELY to have historical precedent (speaking of English and American historicals) is high in my reading history. It’s only the most egregious examples that I even blink at. 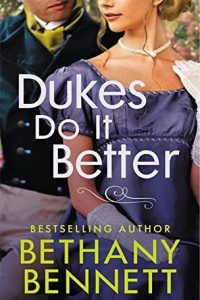 In the same vein, I was informed by a friend today that Tiffany is a MEDIEVAL name. We could have a medieval heroine named Tiffany, folks.

How should regencies refer to sex?

Layla: Ok I had to email you all about something I read—I was reading an ARC of Dukes Do it Better, a historical romance set in 1825, and the heroine writes this in her diary: “I miss sex. God I miss sex.” She is a widow. Talk about modern heroines and language!!! This is not something I imagine a widow of this time writing or saying out loud. Maybe she felt it sure but I doubt she would use that language to express that. Totally awful and threw me right out of the book.

Janine: Re “I miss sex” — I don’t know about an aristocratic (I’m assuming) widow writing it in a personal journal (it seems risky with servants around) but I’m sure there were people in 1825 who wrote sexy letters their lovers burned after reading. However, the first example of the word “sex” in its “to have sex with” meaning (as opposed to sex meaning “gender”) cited by the OED is from 1900. So it’s definitely not 1825 vocabulary.

This is a tricky one though. “Fucking” was in use in 1598 but some readers think it’s modern. And it doesn’t always serve the purpose, for example if the character is being portrayed as genteel and the context as romantic. “Shagging” is another one some readers mistake for recent, but according to the Oxford English Dictionary it was in use as early 1772. Conversely, the earliest OED citation of “making love” in its “sex” meaning (which some readers believe was used in the nineteenth century), is from 1927–before that it just meant “wooing.” 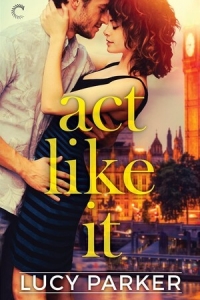 I used to use “coupling” in my unpublished manuscripts but then I heard people say that it’s ugh, so I cut back on that. There’s “carnality” or “carnal act,” but for me that conjures a blatantly erotic experience that’s not necessarily a romantic one. So does “bedding,” to an extent. There were plenty even less romantic words already in use by then — “rutting”, “frigging”, “quaffing,” — but fewer romantic ones. If I were having a somewhat demure aristocratic widow write about missing sex in a personal journal in 1825, I might use something like “I miss the act of love” (“act of love” is first cited from 1638). So I’m not saying I don’t think there is a better way to do it. But it isn’t as easy as it looks.

Jayne: I guess “swiving” was already passe by then?

Janine: Passé is a much harder thing for me to research than anachronistic because in many periods there were fictional works that used vocabulary that was already outdated or even archaic by then—the way “swiving” is still used in twenty-first century medieval romances.

Words for sex in the OED that are earliest cited between 1697 and 1822: “old hat”, “correspondence”, “frigging”, “Moll Peatley”, “coitus”, “sexual intercourse”, “shagging,” “connection”, “intercourse”, “interunion.” A couple of those read as really clinical to me.

Janine: If I have some expertise in an area, inaccuracies bother me more. This is not an anachronism per se, since the book is contemporary, but I have some theater experience and not only did Lucy Parker get a lot of theater stuff wrong in her book Act Like It, some of it was very easy to look up. I couldn’t help but conclude that she wasn’t at all interested in getting it right. That did really did piss me off.

Kaetrin: I’m far more likely to be bothered by poor/incorrect worldbuilding in contemporaries actually. That’s not anachronism though. It’s worse when I have some level of expertise/knowledge about the thing that’s wrong. It gnaws like a toothache. 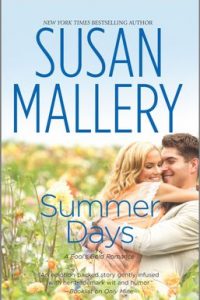 There was a Sarah Mayberry (and I love Sarah Mayberry!) where she changed the location of the AFL Grand Final for plot reasons and up until Covid it had never happened and would never have happened and everyone who followed AFL would know that. (Like Jennie, I’m more in the “change the plot” camp in that kind of situation.) There was a romantic suspense story I read years ago (the title and author escape me now) but the heroine was in witness protection and even though I knew almost nothing about WitSec I knew it just couldn’t be right – or at least, if that’s how WitSec actually works all their witnesses are dead now because they’re so easy to find. It threw me so completely out of the story I couldn’t enjoy the rest of it. And don’t get me started about Summer Days by Susan Mallery. I DNFd it after a couple of chapters because of the terrible real estate shenanigans. My Goodreads rant about it was epic!

Readers, what are your thoughts? Do authors’ notes make you more or less tolerant of authorial liberties? Does the use of historical names that are used much more frequently nowadays bother you? Which synonyms for having sex work least/best in regencies? What bothers you more, historical inaccuracies or inaccuracies in contemporaries?

→ Jayne
Previous article: REVIEW: Revenge of the Beast by Jack Meggitt-Phillips
Next Post: REVIEW: Four Aunties and a Wedding by Jesse Q Sutanto