Janine: In our recent joint review of Helen Hoang’s The Heart Principle, Jayne and I expressed our dismay over the way the book is marketed, and over missold books more generally:

Jayne: I also feel that in my opinion, this is more a women’s fiction book albeit one with strong romantic threads. There is a lot of the book told from Quan’s POV but for me, the book still focused more on Anna. 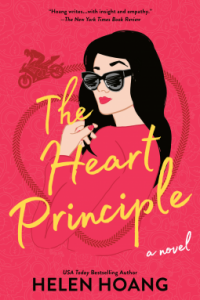 Janine: Agreed. Anna’s personal issues were foregrounded and her relationship with Quan was, if not in the background, in mid-ground. And I think I would have appreciated the book more had I expected women’s fiction.

Jayne: There have been a lot of books released in the past year or two that I felt needed either a different blurb or a different cover so that readers would know more of what to expect from them. I don’t think mismatching does a book any favors.

Janine: Books with illustrated covers are selling and everyone is jumping on that bandwagon, so I think we readers have to adapt by letting go of our expectations that the genre, subgenre, or tone will match the cover style. Otherwise, we will experience constant whiplash.

In this case, though, it’s particularly egregious since it’s not only the cover that’s misleading but also the tone and genre of the author’s earlier books. For an author to change genres and tones with no indication whatsoever–no corresponding change in the style of cover art or classification and no announcement from her or her publisher–goes beyond doing a disservice to the book and starts to feel like an attempt to pull a fast one. I didn’t pay for the book since I read an ARC but if I had spent hard-earned money to buy a romance I would be incensed. 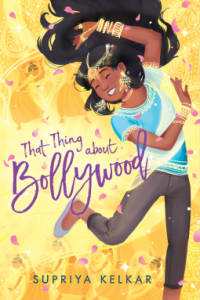 Jayne: I’m glad that I had your impression of it in my mind when I started reading as yes, it doesn’t read like a romance.

Jayne, you mentioned that you felt this way about other books released in the last couple of years. Can you name some of them?

Jayne: One is a book I read earlier this year That Thing about Bollywood by Supriya Kelkar. Because that cover just screams “acrimonious parental separation and emotionally upset younger sibling.” Crazy Stupid Bromance by Lyssa Kay Adams lost me early on so I didn’t make it to the point where the heroine’s family puts enormous pressure on her to donate a solid organ (kidney) to the dear old dad who had totally ignored her existence for years after he learned about it.

The heroine in Simmer Down by Sarah Smith annoyed the heck out of me by starting up childish pranks with the hero (between their businesses), lecturing her sick mother on the very things she herself kept secret (opening up about problems). After an initially fun start, You Lucky Dog by Julia London delved into her issues with her demanding family and his efforts to help his autistic brother then both heroine and hero turned self centered about a subplot conflict that lightly touched them both.

Janine: Emily Henry’s Beach Read and Beth O’Leary’s The Road Trip are two that stand out for me. The former had the broke heroine moving into a house that had served as her father and his mistress’s love nest when he cheated on her cancer-patient mother, and the latter was even darker. I about split my belly laughing at Jennie’s description of it: 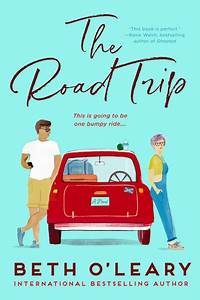 Jennie: Really the whole of The Road Trip reminds me of one of those trick pictures that look like one thing viewed from one angle and another if you tilt your head just so. It’s either a charming, funny, slightly chaotic take on young love lost and then found again, with a background of quirky characters to alternately aid or foil the lovers. Or it’s a dark tale of rich, spoiled, addicted narcissists who draw an average, nice girl into their midst and make her miserable, and then just when she is finally free she gets drawn back in.

What about you, readers? Have you ever been mis-sold a book? How frustrating do you find this kind of thing? Do you think this is happening more than it used to? And what is the best example you’ve seen of a misclassified book?

→ Janine
Previous article: REVIEW: A Bright Young Thing by Brianne Moore
Next Post: REVIEW: Into the Forest: A Holocaust Story of Survival, Triumph, and Love by Rebecca Frankel