CONVERSATION: Looking Ahead to 2023

Hi everyone, I’ve got a new conversation topic for you. Last month we talked about how our reading went in 2022. Now let’s talk about 2023. Do you have any New Year’s resolutions when it comes to your reading (i.e. read X number of books, read more of a genre or an author, finish more/fewer books, etc.) for 2023?

Which three 2023 releases are you most excited for?

What else are you hoping or wishing for?

I expect to read fewer books next year. I don’t have as much free time these days as I did earlier this year, and I discovered a bunch of new authors when I joined KU but have since exhausted most of their backlists. My goal is to get to around 100 again, but I’m not going to sweat it.

I felt less pressured to review only current stuff early in the year last year, and had a lot of fun reading older books. In the second half of the year I searched harder for enjoyable 2022 books. That was more stressful. I had a lot of DNFs. Most of that was due to the quality of the books but the pressure I put on myself didn’t help. 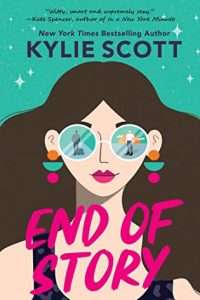 Jayne: I don’t have nor am I looking to set any book resolutions for this year. I don’t want any pressure about what I read. Over the last few years I’ve tried to be more discerning about what books I choose so I’m having fewer DNF ones which I like.

Kaetrin: I set my Goodreads challenge to 100 books this year. Last year’s challenge I revised three times (down!) because I hit a bad reading slump during the year and I wasn’t going to get close to my original target. I didn’t update my personal blog at all in December. It offended my sense of order but I just didn’t have time. I’m starting to toy with some ideas about what I might or might not do with it going forward.

Janine: You’ve made me think of the one goal I have: to take on fewer review commitments. I get tempted by ARCs and last year I requested too many and ended up in a big crunch. I’m going to try to withstand temptation better this year.

Jayne: I’ve done that – requested too many arcs at a time – and ended up feeling I was tearing my hair out trying to make sure I finished them in time. I even had to take a month off from reviewing (about 10 years ago) because I got so stressed by it so I totally understand.

Sirius: I requested a little bit more of arcs this past year that I have done all these years (which was no more than two or three every year), but I am still planning to not ever request a lot, because I like to review without stress, not to acquire more of it you know? 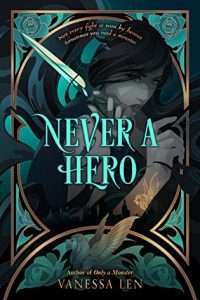 I keep thinking about reading goals and coming up with none. Making reading plans is not something I usually excel at.

Jennie: I’d like to get on track again with spending more time reading in general and balancing the books I’m reading – it’s been a few months since I’ve read a non-fiction book. I’ve made little progress with the “classic” I’m reading – a 1851 novel called East Lynne. It’s probably been a while since I’ve read a romance. I sometimes need to force myself to vary what I read, which doesn’t sound fun, but I think it’s good for me?

I’d also love to find a historical romance that I really love or at least like a lot. I’m not too optimistic on that, though.

Layla: I’m not a New Year’s resolution kind of person— in reading or anything else. Also since reading is purely for stress relief and for fun for me, I don’t keep track of what I read and I don’t really always have intentions or goals with it. Having said that I have noticed myself gravitating towards more YA and more fantasy. My love— historical romance— has been a big disappointment so mostly I’ve been rereading old favorites.

Janine: I think I’m going to dip my toe a bit more into YA fantasy thanks to a couple of books I enjoyed in 2022. Other than that I don’t know. Kaetrin: I expect my reading will continue to be mostly contemporaries with some historical, SFF and romantic suspense thrown in.

Rose: Looking at my recent reading trends, there will probably be more science fiction than in 2022; I kind of like space opera and military science fiction, and it’s a good change of pace from romance novels.


Our Most Anticipated Books

Layla: I’m excited for Kylie Scott’s April book, End of Story (out next month), Vanessa Len’s sequel to Only a Monster, Never a Hero (August), and Julie Kriss’s Reverb (May) her latest Road Kings (rock band) romance. I also look forward to Julia London’s May book which is a Cyrano De Bergerac retelling, The Viscount Who Vexed Me. I love Evie Dunmore so I’m looking forward to September’s The Gentleman’s Gambit.

Rose: Top of my list for 2023: KJ Charles’ The Secret Lives of Country Gentlemen (March) and to her print reissue of A Thief in the Night (the latter is available on audio already, but I don’t do audio); Reverb by Julie Kriss, the final (?) Road Kings book; and whatever Cate C. Wells does next, which I’m hoping will be a return to Stonecut County and Jesse’s story. She mentioned in a Reddit AMA that Jesse is “straight but not narrow” – sounds interesting to me! But if she wants to write stuff in any of her other series, I’ll be there for that too. Jayne: Of the books I already know about, I’m looking forward to One Extra Corpse by Barbara Hambly (March). In the Lives of Puppets by TJ Klune (April), whom I’ve never read before. And Witch King by Martha Wells, out May.

Janine: This was a much easier question to answer last year, when I was salivating for three books. I don’t feel that same level of anticipation for any book now, but I can still name a few I’m looking forward to.

If it’s not cheating to name a book that came out on January 3rd, the first is Holly Black’s The Stolen Heir. I wanted a book for Oak and Suren by the end of Queen of Nothing, even though they were still children then, and I’m very happy we’ll be getting one. Number two is Never a Hero by Vanessa Len. Last year’s Only a Monster was Len’s debut, and it was an impressively fresh, twisty, and morally ambiguous YA fantasy. I can’t wait to see where Len will take the plot and her heroine book two.

There are a number of books of other books I’m looking forward to—Nalini Singh’s next Guild Hunter book (I’m dying to know what’s happened in the nine years we just skipped and to read the next Illium / Aodhan book), Ilona Andrews’ surprise Kate Daniels novella, Magic Tides (out today), Jeannie Lin’s historical romance novella Love, Death & Lanterns, a probable 2023 release, and Elizabeth O’Roark’s The Summer We Fell, out May—but no leader of this pack comes to mind, so I don’t have a #3. 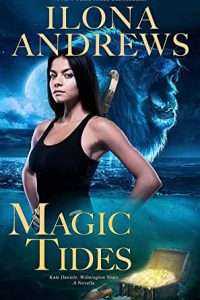 Kaetrin: I can’t choose a top three but I’m looking forward to loads of books this year including from favourite and new-to-me authors. Off The Map by Trish Doller, out in March, Just My Type by Falon Ballard (February 7th), End of Story by Kylie Scott, Unfortunately Yours by Tessa Bailey (June) and Happy Place by Emily Henry (April), along with Mary Balogh’s Remember Me (June) and whatever Patricia Briggs releases this year. I’ll be on the lookout for the next Megan Bannen too as I liked The Undertaking of Hart and Mercy so much last year. There are loads more but that’s the start of them.

Sirius: I am very much looking forward to We Could be Good by Cat Sebastian (June). So far I find her twentieth century settings much better done than her 19th century ones so this one looks very promising.

There is an upcoming book by Russian born author I never heard about before. I have no idea if the book will end up being good but I am very intrigued. The book apparently comes out in April. Spring in Siberia (April) by Artem Mosgovoy is the title.

New books by KD Edwards and Ilona Andrews, this goes without saying.

Jennie: I am probably the most clueless when it comes to this sort of thing.

I did some Googling; sadly my romance search confirmed that every damn book has a cartoon cover, and none of them, at first glance at least, interest me. For suspense/thrillers, I usually just poke around when I’m looking for something to read. I found a couple of 2023 suspense books that piqued my interest – Rachel Hawkins’ The Villa, which came out very recently, for one. I always confuse her with Paula Hawkins, who wrote The Girl on the Train. I liked that book, though it had some problems (it was one of the first thrillers I remember reading with a crazy unreliable alcoholic female narrator, which has become utterly and problematically ubiquitous). Anyway, Paula and Rachel are different people, and I’ve never read Rachel Hawkins. But The Villa had an interesting blurb that involved two friends vacationing in Italy, a mysterious rock star murder at the same villa decades before, and callbacks to the famous summer Bryon and the Shelleys spent at Lake Geneva, which resulted in Frankenstein. I may give it a try.

The other author that caught my eye was former historical romance author Megan Chance, who has a book coming out next month called A Dangerous Education. Set in a school for troubled girls in the 1950s, it features a new teacher who is trying to find the daughter she gave up for adoption years before. Bad things apparently ensue. I’ve had mixed success with Chance’s post-romance books, but she’s an interesting author and the setting intrigues me.


Hoping and/or Wishing For

Rose: I’m hoping to see fewer cartoon covers, and more blurbs instead of lists of tropes, but won’t hold my breath.

Jayne: Fewer cartoon covers for me too, Rose! I can’t help but see them as funnier, lighter books and when the reality of the subject matter doesn’t match the cover, I get annoyed. 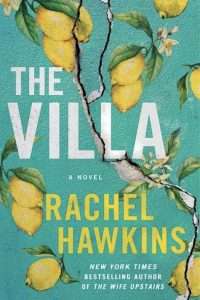 Layla: I have fewer writers I “follow” and more that I discover anew so I hope and wish for the discovery of more new writers I like! I hope to find more new (and older) books through my trusted sources. I also want Sarah Maas to write more books;)

Janine: What am I hoping for? Lisa Kleypas hasn’t announced a book for 2023, and it’s been a year and half since 2021’s Devil in Disguise. I loved 2019’s Devil’s Daughter and really liked Chasing Cassandra, her 2020 release. I hope she’s well and everything is okay in her life, and beyond that, I hope she’ll continue writing.

More generally, I hope to enjoy a greater percentage of the books I pick up than I did in 2022.


What about you, readers? Do you have any goals or resolutions when it comes to your reading in 2023? Which books coming out this year are you most excited about? And what are your reading-related hopes and wishes for the new year?

→ Janine
Previous article: REVIEW: Hearts of Steel by Elizabeth Camden
Next Post: Reading List by Jennie for July through September 2022