CONVERSATION: Don’t Mess with a Past HEA

There was recently a hullabaloo about Devil in Disguise, Lisa Kleypas’ historical romance, around the time of its release in July.

Here’s what one Goodreads reviewer said in her review: 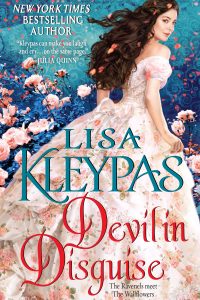 Fourteen years ago, I drove like a madwoman an hour away to my nearest B&N with a cranky teething baby to get my hands on Devil in Winter on release day. I read the book in one sitting and then turned back to page one and re-read it again. Sebastian, Lord St. Vincent became my book husband that day and has been ever since. Needless to say, I was thrilled to see him reappear in Ravenel’s series and to see his children get their own HEA’s.

Then this book happened.

First, I’ll address the huge Scot elephant in the room. Yes, the title is a huge tip-off but I was holding out hope that Lisa wouldn’t do me like this [sad face emoji] The revelation came around the middle of the book but by then I already knew that no twist was coming. Sebastian had fathered a child before he met Evie. I can’t properly convey how much I hated this. I hate that he had a child with some random woman and that the child grows into a man who looks more like him than his children with Evie. I reject this with every cell in my body and plan to scrub this revisionist history from my memory forevermore [grimace emoji]

Over fifteen readers commented that they were irate or disappointed, if not crushed by this plot twist. Personally, I was not. I didn’t see what happened as revisionist history or as anything that in any way tarnishes the HEA in Sebastian and Evie’s book, Devil in Winter. But Sebastian and Evie, two of the characters most affected by this plot twist, are fan favorites, and their book, Devil in Winter, is perhaps Kleypas’ most popular book. So maybe the controversy was inevitable.

It got me thinking about what makes readers feel that past HEAs are being messed with and about the nature of our reactions to those plot turns, and I asked the DA crew for some examples of books that amended the HEA of a couple from one of the author’s previous books in ways they disliked. This is the conversation that followed:

Jayne: Oh yeah. I have one. I read this book, enjoyed it and was looking forward to the hero’s best friend getting his own romance. A few months later, I saw the author had a new book out and thought “Yay!” That is until I read the blurb and realized that the author has killed off the hero of the book I read and that the heroine of that book is going to now be paired with the best friend. I was so mad I don’t even want to read it. In book one, h/h fought against an evil villain and finally triumphed and got a HEA, then months later he gets offed?? Nope, nope, nope. 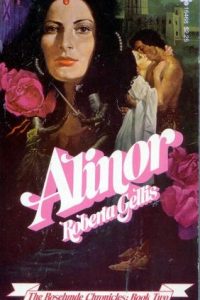 Janine: That’s horrible. Some books in the bodice ripper era did that too, but that at least was a time when reader expectations were different. There was a Sandra Brown book, Another Dawn, where the heroine’s father, the hero of the prequel (Sunset Embrace), bit the dust. I didn’t read it but I wasn’t surprised that many readers were angry.

Kaetrin: That worked for me in Roberta Gellis’ The Roselynde Chronicles. I read them out of order and fairly early in my romance reading career so I can’t say how much those things helped my experience. In the first book, Roselynde, Alinor married Simon, a much older man. They had a wonderful happy marriage for many years but by the second book, Alinor, Simon had passed away and she found another HEA with Ian, who had been Simon’s squire. Maybe because I knew Alinor was married to Ian and it was her second marriage before I ever read Roselynde or maybe because it was just that well done, but either way it worked for me and I love both books.

Even though Sam and Ariana are not main characters in the Mercy Thompson series, the last book has something happen which I think damages their HEA.

Other than that, I don’t know that I’ve read that many books where the HEA has been messed with apart from ones the couple breaks up for some reason and then they get back together. That works for me sometimes, but more often I’m frustrated by it. I’d much rather they work together to solve an obstacle than split up.

I wasn’t bothered at all about Sebastian’s bastard son. I did want to know what Gabriel thought about it (he wasn’t in the book) but it was before Evie and Sebastian was certainly no saint – in fact, he’s the “devil” isn’t he? I mean, what do we expect? LOL

Layla: It does seem to me that adding an illegitimate child to a hero’s backstory doesn’t ruin the hero/heroine’s happy ending. I haven’t read the Kleypas–but what would probably bother me is that instead of just finding new ways to continue the series, a blood heir has to be ‘found’. It is also sad, but again it’s all in how the author handles it, that a child was abandoned by a parent and even if it makes narrative sense (for example everyone knows Sebastian was no saint) somehow it still tarnishes something about him.

Kaetrin–I too am worried about Samuel and Ariana’s happy ending! 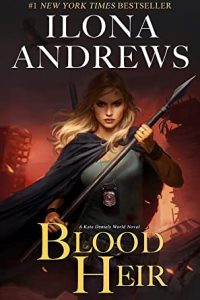 Sirius: So this is probably not exactly on point but I can give one example. Ilona Andrews Kate Daniels series and Julie’s book which may start a new one. These are favorite authors but of course not every single thing they do works perfectly for me – such thing is impossible. So thank goodness they don’t mess up with Kate and Curran’s HEA. But I still felt down and annoyed because at the end of Kate Daniels I felt that fractured Atlanta was on the way to be somewhat stronger, healing (not healed but healing), less fractured city. And at the beginning of Julie’s book – as if no improvements over previous ten books happened and man I was annoyed.

Janine: I think a fractured Atlanta is a sound reason to feel the HEA is compromised. Kate and Curran live there and so the consequences of that will impact their future. Also, Atlanta is almost another character in that series and one whose fate readers care about.

Jennie: I couldn’t think of any at first (except that I do remember the Sandra Brown books and how pissed everyone was when the hero of the first died in the second; it was years after the HEA, since he had a grown child, but still not the HEA any romance reader wants for their h/h). 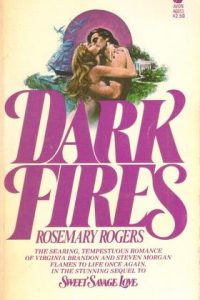 I barely remember these two Karen Robards books – they were apparently her first two romances – Island Flame and Sea Fire. They were published in 1981 and 1982 but I think I read them somewhere in the 90s. I don’t remember anything about the first one, except it’s very bodice-rippery and the hero is a pirate who captures the heroine. What I remember about the sequel was that the hero is shipwrecked, without the heroine, and she thinks he’s dead. She ends up in another relationship (with real-life pirate Jean Lafitte, unless I’m remembering wrong?) and then the hero comes back and is all, “you slutty slut” at her, even though she thought he was dead.

What made it worse (SO MUCH WORSE) in my estimation was that he was shipwrecked with some trampy other woman and of course he did not even try to resist her wiles but just had sex with her to pass the time or something. So to recap: she thinks he’s dead, moves on; he just cheats because he’s a man and has needs. And then he’s mad at her. Ugh. I’m not sure if this is exactly an example of the second book containing a break-up that pissed me off. What pissed me off wasn’t that it was the second book and the HEA was interfered with; what pissed me off was that the “hero” was an absolute douchecanoe.

I also thought of the Skye O’Malley books by Bertrice Small. The heroine there had several “bestest love of my life” relationships (and some side flings as well). To be fair, these books were more “sweeping saga” type-books about Skye than traditional romances where the h/h get equal shrift. So I don’t remember being bothered when she ping-ponged between one guy and the other (I *think* there were two main guys?) and she did, IIRC, end up with one in the final book. (I think the other one conveniently died? Or maybe she thought one was dead and that was why she fell in love with the second one? If so, Small handled it better than Robards did!) 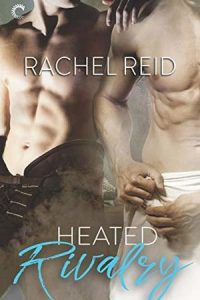 Kaetrin: That reminds me of the Rosemary Rogers series with Steve and Ginny, that started with Sweet Savage Love Jennie! He was a rapey douchecanoe combo – definitely not FTW.

Janine: I read those too, Kaetrin. Awful stuff. There’s no accounting for taste when you’re only fourteen, though, so although I wasn’t exactly a fan, I was able to enjoy parts of the first one and compartmentalize the rest. So I (partly, anyway) bought the HEA in that book. But the sequel (Dark Fires) incensed me. After all that Steve and Ginny had suffered to be together (and all that I had to suffer through to finish the book), a breakup and more trials and tribulations!

But all post-HEA split-ups present a problem for me. You’ve convinced me that this couple or trio belongs together, but apparently, I was wrong. If it didn’t stick the first time, why should I believe it will work out the second?

Sirius: Oh oh I didn’t know she would do another Ilya and Shane book. Crap. Do I want?

How about you, readers? Have you encountered HEA-ruining books, and if so, which are they and how did they kill your happy glow? What other ways are there to damage the HEA in a sequel? And do you think it’s possible to write a post-HEA sequel about a previously established couple or trio that doesn’t wreck your faith in their partnership?

→ Janine
Previous article: REVIEW: You Make It Feel Like Christmas by Francis Ray and Donna Hill
Next Post: REVIEW: No Man’s Son by Doris Sutcliffe Adams