YA dystopian, YA romance contemporary, a Historical romance, and a must read non fiction 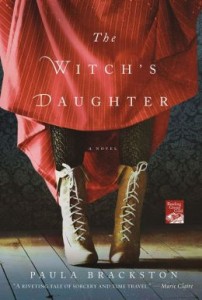 My name is Elizabeth Anne Hawksmith, and my age is three hundred and eighty-four years. Each new settlement asks for a new journal, and so this Book of Shadows begins…

In the spring of 1628, the Witchfinder of Wessex finds himself a true Witch. As Bess Hawksmith watches her mother swing from the Hanging Tree she knows that only one man can save her from the same fate at the hands of the panicked mob: the Warlock Gideon Masters, and his Book of Shadows. Secluded at his cottage in the woods, Gideon instructs Bess in the Craft, awakening formidable powers she didn’t know she had and making her immortal. She couldn’t have foreseen that even now, centuries later, he would be hunting her across time, determined to claim payment for saving her life.

In present-day England, Elizabeth has built a quiet life for herself, tending her garden and selling herbs and oils at the local farmers’ market. But her solitude abruptly ends when a teenage girl called Tegan starts hanging around. Against her better judgment, Elizabeth begins teaching Tegan the ways of the Hedge Witch, in the process awakening memories–and demons–long thought forgotten.

Part historical romance, part modern fantasy, The Witch’s Daughter is a fresh, compelling take on the magical, yet dangerous world of Witches. Readers will long remember the fiercely independent heroine who survives plagues, wars, and the heartbreak that comes with immortality to remain true to herself, and protect the protégé she comes to love.

The Library Journals says “Public libraries should purchase this only if their patron base is extremely loyal to historical fiction/romance and not particular about the quality.” 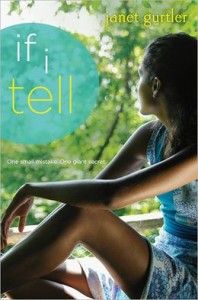 “It was like watching a train wreck. I wanted to look away but couldn’t take my eyes off them.”

IF ONLY …If only I hadn’t gone to that party. I never would have seen what I did. Jackson wouldn’t have driven me home. I wouldn’t have started to fall for a guy just out of reform school. I could go back to pretending everything was normal. I wouldn’t be keeping a secret from my mom that could blow our family apart …

From a review in VOYA:

Raised by her white grandparents in a small Washington town, she has little contact with the town’s African American community and her biracial heritage is a constant source of tension. Simon, her mother’s much younger African American boyfriend, is a welcome presence in her life but when Jaz sees him kissing her best friend at a party she is overwhelmed by his betrayal. Angry and hurt, Jaz intends to tell her mother but just cannot do it after learning her mother is pregnant. Burdened with this terrible secret, Jaz becomes increasingly withdrawn. Her behavior threatens to derail the few friendships she has, including a developing romance with Jackson, a new boy in town with problems of his own. Excessive levels of teen angst and some stereotypical characters detract from an otherwise thoughtful examination of growing up biracial in small town America. Jasmine is realistically conflicted about her less-than-perfect upbringing; while appreciative of her loving grandparents, she holds understandable resentment toward the teenage mother who abandoned her.

Other books by Gurtier are on sale as well:

as well as Catching Jordan and Stealing Parker by Miranda Kenneally (the latter I bought last week at full price). 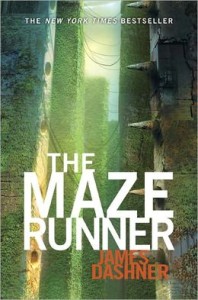 The first book in the New York Times bestselling Maze Runner series—The Maze Runner is a modern classic, perfect for fans of The Hunger Games and Divergent.

When Thomas wakes up in the lift, the only thing he can remember is his first name. His memory is blank. But he’s not alone. When the lift’s doors open, Thomas finds himself surrounded by kids who welcome him to the Glade—a large, open expanse surrounded by stone walls.

Just like Thomas, the Gladers don’t know why or how they got to the Glade. All they know is that every morning the stone doors to the maze that surrounds them have opened. Every night they’ve closed tight. And every thirty days a new boy has been delivered in the lift.

Thomas was expected. But the next day, a girl is sent up—the first girl to ever arrive in the Glade. And more surprising yet is the message she delivers.

Thomas might be more important than he could ever guess. If only he could unlock the dark secrets buried within his mind.

This is another teen survival story but is well reviewed. The School Library Journal recommends it for fans of dystopian novels. It was a 2009 B&N Holiday selection and PW says that the “suspenseful adventure will keep readers guessing until the very end, which paves the way for the inevitable continuation.”

Winner of the James Beard Award

Today, buffeted by one food fad after another, America is suffering from what can only be described as a national eating disorder. Will it be fast food tonight, or something organic? Or perhaps something we grew ourselves? The question of what to have for dinner has confronted us since man discovered fire. But as Michael Pollan explains in this revolutionary book, how we answer it now, as the dawn of the twenty-first century, may determine our survival as a species. Packed with profound surprises, The Omnivore’s Dilemma is changing the way Americans thing about the politics, perils, and pleasures of eating.

Pollan takes on the issue of food and America’s eating culture. I’ve wanted to read this book for a while and now I have no excuses.