Darcy is on sale (if only, right?) along with other historical romances 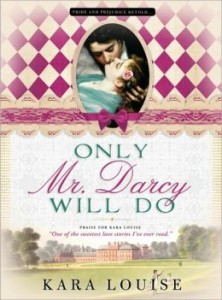 Jacket Copy
Her worst fears come true…
After her father’s death, Elizabeth Bennet goes to work as a governess. Little does she know the Willstones are social acquaintances of the Bingleys and the Darcys, and Elizabeth finds herself once again drawn into Mr. Darcy’s orbit. To make matters worse, Mrs. Willstone’s sister sets her sights on Mr. Darcy. With Elizabeth’s social status even lower than it was before, she knows she must abandon all hope of Darcy renewing his proposals, even as she begins to see him in a completely different light…

If you love Pride and Prejudice fan fiction, today is your day. Sourcebooks has 11 Darcy/P&P titles on sale. 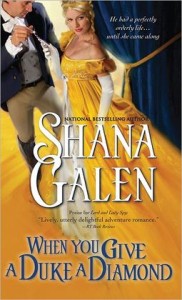 Jacket Copy
HE HAD A PERFECTLY ORDERLY LIFE…
William, the sixth Duke of Pelham, enjoys his punctual. securely structured life. Orderly and predictable-that’s the way he likes it. But he’s in the public eye, and the scandal sheets will make up anything to sell papers. When the gossips link him to Juliette, one of the most beautiful and celebrated courtesans in London, chaos doesn’t begin to describe what happens next…
UNTIL SHE CAME ALONG…
Juliette is nicknamed the Duchess of Dalliance, and has the cream of the nobility at her beck and call. It’s seriously disruptive to have the duke who’s the biggest catch on the Marriage Mart scaring her other suitors away. Then she discovers William’s darkest secret and decides what he needs in his life is the kind of excitement only she can provide…

This book gets pretty good reviews. The heroine is a “fallen woman” because of her divorce and her reputation as a courtesan. One problem I gleaned from the reviews is that Pelham, the hero, is constantly cutting down the heroine because of her bad reputation.
AmazonBNSonyKoboBook DepositoryAREApple 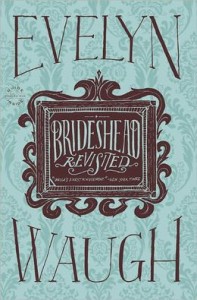 Jacket Copy
The wellsprings of desire and the impediments to love come brilliantly into focus in Evelyn Waugh’s masterpiece-a novel that immerses us in the glittering and seductive world of English aristocracy in the waning days of the empire.
Through the story of Charles Ryder’s entanglement with the Flytes, a great Catholic family, Evelyn Waugh charts the passing of the privileged world he knew in his own youth and vividly recalls the sensuous pleasures denied him by wartime austerities. At once romantic, sensuous, comic, and somber, Brideshead Revisited transcends Waugh’s early satiric explorations and reveals him to be an elegiac, lyrical novelist of the utmost feeling and lucidity.

From the Amazon review (because the jacket copy is kind of incomprehensible):
A departure from Evelyn Waugh’s normally comic theater, Brideshead Revisited concerns the tale of Charles Ryder, a captain in the British Army in post-World War I England. Unlike Waugh’s previous narrators, Ryder is an intelligent man, looking back on much of his life from his current post in Oxford. He strikes a special friendship with Lord Sebastian Flyte as the setting moves to the Brideshead estate and a baroque castle that recalls England’s prior standing in the world. Ryder falls for Flyte’s sister while families, politics and religions collide. What makes the book extraordinary is Waugh’s sharp, vivid style and his use of dialect and minor characters. This is one of Waugh’s finest accomplishments and a superb book.
AmazonBNSonyKoboBook DepositoryAREApple

Jacket Copy
From the New York Times bestselling author of To Desire a Devil comes this thrilling tale of danger, desire, and dark passions.
A MAN CONTROLLED BY HIS DESIRES . . .
Infamous for his wild, sensual needs, Lazarus Huntington, Lord Caire, is searching for a savage killer in St. Giles, London’s most notorious slum. Widowed Temperance Dews knows St. Giles like the back of her hand-she’s spent a lifetime caring for its inhabitants at the foundling home her family established. Now that home is at risk . . .
A WOMAN HAUNTED BY HER PAST . . .
Caire makes a simple offer-in return for Temperance’s help navigating the perilous alleys of St. Giles, he will introduce her to London’s high society so that she can find a benefactor for the home. But Temperance may not be the innocent she seems, and what begins as cold calculation soon falls prey to a passion that neither can control-one that may well destroy them both.
A BARGAIN NEITHER COULD REFUSE

This is the first in the Maiden Lane series. The book starts out slow, and I guess in keeping with the previous historical it is apropos, the hero is quite cruel to the heroine. Another complaint from readers was that it was too focused on setting up the series, leaving the main romance limp.
AmazonBNSonyKoboBook DepositoryAREApple