Daily Deals: YA paranormal; a classic horror; a Newbury winner; and a New Adult 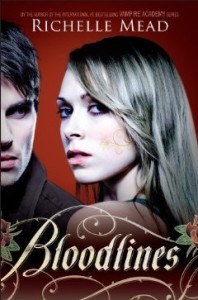 When alchemist Sydney is ordered into hiding to protect the life of Moroi princess Jill Dragomir, the last place she expects to be sent is a human private school in Palm Springs, California.

Populated with new faces as well as familiar ones, Bloodlines explores all the friendship, romance, battles, and betrayals that made the #1 New York Times bestselling Vampire Academy series so addictive–this time in a part-vampire, part-human setting where the stakes are even higher and everyone’s out for blood.

Kobo is having a March Break Sale with a number of books at $1.99. 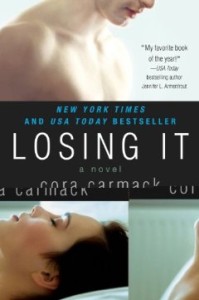 Bliss Edwards is about to graduate from college and still has hers. Sick of being the only virgin among her friends, she decides the best way to deal with the problem is to lose it as quickly and simply as possible—a one-night stand. But her plan turns out to be anything but simple when she freaks out and leaves a gorgeous guy alone and naked in her bed with an excuse that no one with half a brain would ever believe.

And as if that weren’t embarrassing enough, when she arrives for her first class of her last college semester, she recognizes her new theater professor.

She’d left him naked in her bed about eight hours earlier. . . .

This book didn’t work well for me but it was wildly successful as a self published novel before it was acquired by HarperCollins. 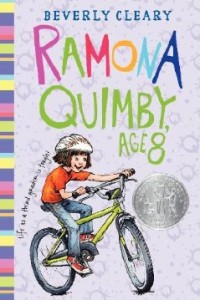 Riding the school bus alone isn’t the only new experience making third grade exciting for Ramona Quimby. From befriending a boy called Yard Ape to delivering her book report in the style of a television commercial, Ramona’s enthusiasm for life is infectious and irresistible.

That’s not to say all is perfect. Having to go to the Kemps’ house after school is Ramona’s own particular burden—especially the chore of being nice to pesky little Willa Jean. When Ramona gets sick and throws up in class, she feels as though things can’t get worse!

In this Newbery Honor Book, newly illustrated by Jacqueline Rogers, Beverly Cleary lovingly chronicles Ramona’s experiences as she faces all of her third-grade challenges with imagination and determination.

It looks like a number of the Ramona books are on sale for $1.99. 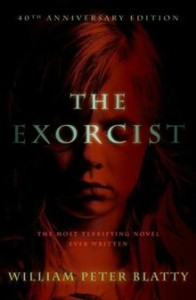 Originally published in 1971, The Exorcist, one of the most controversial novels ever written, went on to become a literary phenomenon: It spent fifty-seven weeks on the New York Times bestseller list, seventeen consecutively at number one. Inspired by a true story of a child?s demonic possession in the 1940s, William Peter Blatty created an iconic novel that focuses on Regan, the eleven-year-old daughter of a movie actress residing in Washington, D.C. A small group of overwhelmed yet determined individuals must rescue Regan from her unspeakable fate, and the drama that ensues is gripping and unfailingly terrifying.

Two years after its publication, The Exorcist was, of course, turned into a wildly popular motion picture, garnering ten Academy Award nominations. On opening day of the film, lines of the novel?s fans stretched around city blocks. In Chicago, frustrated moviegoers used a battering ram to gain entry through the double side doors of a theater. In Kansas City, police used tear gas to disperse an impatient crowd who tried to force their way into a cinema. The three major television networks carried footage of these events; CBS?s Walter Cronkite devoted almost ten minutes to the story. The Exorcist was, and is, more than just a novel and a film: it is a true landmark.

Purposefully raw and profane, The Exorcist still has the extraordinary ability to disturb readers and cause them to forget that it is ?just a story.? Published here in this beautiful fortieth anniversary edition, it remains an unforgettable reading experience and will continue to shock and frighten a new generation of readers.