Daily Deals: YA, contemporary romance, mystery, coming of age and kindles on sale

You can get $30 off the Kindle Fire Tablets with the code MAYDAY30. It’s the last day for such a sale. When Rose Gardner decides she’s done frittering her days away at the DMV, she turns Henryetta, Arkansas upside down as she navigates life, love and the investigation of a murder every now and then.

TWENTY-EIGHT AND A HALF WISHES: When Rose sees a vision of her murder, she’s done frittering her life away and makes a list. Her sexy neighbor Joe offers to help yet refuses to cooperate with #15– do more with a man. But time’s running out and suddenly dying a virgin in the county jail becomes the least of her worries.–winner of the Write Touch Readers’ Award 2012

TWENTY-NINE AND A HALF REASONS: Rose thinks a jury summons means a morning off from work, until she sees a vision of the murderer in the men’s restroom: a huge problem since the murderer isn’t the one on trial. If that weren’t enough, Rose is caught between her sister Violet and her new boyfriend Joe. Henryetta, Arkansas just got messier. –USA Today Bestseller

THIRTY AND A HALF EXCUSES: While Rose and Violet open their nursery, an elderly woman on Rose’s street dies. The police rule her death from natural causes, but Rose and her cranky neighbor Mildred disagree.—iBooks Best of 2013

FALLING TO PIECES: (novella) Rose struggles with heartbreak with the support of her new friends while Joe gets support from someone in his past.

Swank is one of those indie authors quietly garnering a lot of sales. This series is a light-hearted mystery featuring a twenty-four year old Rose Gardner who works at the DMV. Currently this box set is number 1 at BN and quickly rising at Amazon. Swank also writes New Adult and Young Adult paranormals. 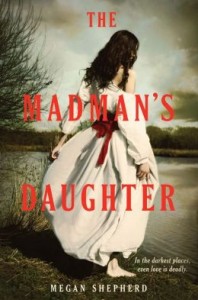 The Madman’s Daughter by Megan Shepherd. $ 1.99

A dark, breathless, beautifully-written gothic thriller of murder, madness and a mysterious island…London, 1894. Juliet Moreau has built a life for herself—working as a maid, attending church on Sundays, and trying not to think about the scandal that ruined her life. After all, no one ever proved the rumours about her father’s gruesome experiments. But when she learns her father is alive and continuing his work on a remote tropical island, she is determined to find out if the accusations were true.Juliet is accompanied by the doctor’s handsome young assistant and an enigmatic castaway, who both attract Juliet for very different reasons. They travel to the island only to discover the depths of her father’s madness: he has created animals that have been vivisected to resemble, speak, and behave as humans. Worse, one of the creatures has turned violent and is killing the island’s inhabitants. Juliet knows she must end her father’s dangerous experiments and escape the island, even though her horror is mixed with her own scientific curiosity. As the island falls into chaos, she discovers the extent of her father’s genius—and madness—in her own blood.

This is a YA extension? retelling? fan fiction? of the Island of Dr. Moreau. School Library Journal says the ending was satisfying, pace was fast, and Juliet was simultaneously strong and beset with doubts. 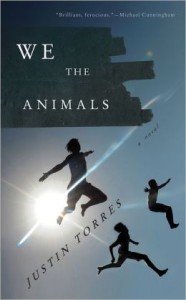 Three brothers tear their way through childhood— smashing tomatoes all over each other, building kites from trash, hiding out when their parents do battle, tiptoeing around the house as their mother sleeps off her graveyard shift. Paps and Ma are from Brooklyn—he’s Puerto Rican, she’s white—and their love is a serious, dangerous thing that makes and unmakes a family many times.

Life in this family is fierce and absorbing, full of chaos and heartbreak and the euphoria of belonging completely to one another. From the intense familial unity felt by a child to the profound alienation he endures as he begins to see the world, this beautiful novel reinvents the coming-of-age story in a way that is sly and punch-in-the-stomach powerful.

Written in magical language with unforgettable images, this is a stunning exploration of the viscerally charged landscape of growing up, how deeply we are formed by our earliest bonds, and how we are ultimately propelled at escape velocity toward our futures.

This book is narrated by the youngest brother as he follows his folder two brothers in wreaking havoc around their small town in observing their parents no relationship. It received very positive marks from publishers weekly, Library Journal, and Kirkus Reviews. It’s a coming-of-age story about the youngest boy becoming a man. It’s rather short but the reviews say powerful. 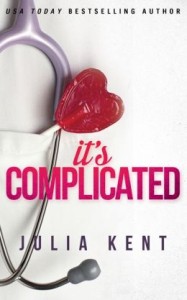 Hot make-out session? Check. With the dreamy obstetrician? Check. While her best friend is in labor? Um…

Josie Mendham never meant to have her own (radically different) set of gasps and moans a few doors down from where her best friend, Laura, was giving birth. And stealing away with the obstetrician who was consulting on Laura’s case certainly wasn’t part of any birth plan.

When Dr. Alex Derjian watched the foursome enter the labor ward he did a doubletake: two dads? That defied biology as he knew it. Even more intriguing was the woman with the birthing mother and the fathers: Josie, the nurse he’d been watching from afar for months. One elevator kiss led to an on-call room soiree and soon he was breaking every romantic rule in his playbook.

Finding his way into her pants wouldn’t be hard.

But into her heart? That would be a challenge.

As Josie’s niece, Darla (from the USA Today Bestseller Random Acts of Crazy) moves in and her best friend, Laura (from the Her Two Billionaires series), becomes consumed by motherhood, romantic comedy meets New Adult romance in this 130,000 word/514 page novel that asks whether people can get out of their own way and learn that love isn’t easy… but it’s always worth it

I don’t know? Having sex with the OB while the pregnant lady is in labor? That seems wrong somehow even though I think my OB attended all of about 10 minutes of my entire labor.

→ Jane
Previous article: REVIEW: Come to Me Quietly by A.L. Jackson
Next Post: Making the Move from iPhone to Android by Angela James (and Jane’s shocking conversion)