Daily Deals: YA and classic romance

The first three books are published by a company called Spark Point Studio. They sent me a press release and said if you purchased three titles (Girl Unmoored, India’s Summer by Therese, and Finding Emma by Steena Holmes) you can be entered into a contest.  The  first one has quite a few accolades but the second two are questionable.  One review calls into question the editing. Ultimately I opted not to feature the second two because they just didn’t seem to be right for DA.  If you do purchase the three titles, you can send proof of purchase to [email protected] NOW through Wednesday, Aug. 22nd and you’ll be entered into a drawing to WIN a $300 Target gift card. 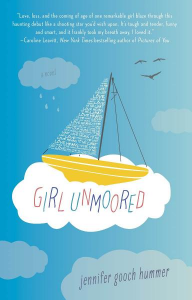 Apron Bramhall has come unmoored. Fortunately, she’s about to be saved by Jesus. Not that Jesus—the actor who plays him in Jesus Christ Superstar. Apron is desperate to avoid the look-alike Mike, who’s suddenly everywhere, until she’s stuck in church with him one day. Then something happens—Apron’s broken teenage heart blinks on for the first time since she’s been adrift.Mike and his boyfriend, Chad, offer her a summer job in their flower store, and Apron’s world seems to calm. But when she uncovers Chad’s secret, stormy seas return. Apron starts to see things the adults around her fail to—like what love really means, and who is paying too much for it. Apron has come unmoored, but now she’ll need to take the helm if she’s to get herself and those she loves to safe harbor.

The list of awards and accolades is a mile long for this book.  I liked the Seattle Post comment “”I have very rarely encountered a debut novel that would have touched me so deeply… I simply can not recommend this book highly enough.” 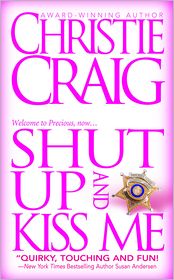 Shut Up and Kiss Me by Christie Craig. $Free.

Welcome to Precious, Texas, where fistfights serve as dinner theater and fire ants rain from the sky. The locals are very friendly, if a bit eccentric. No pictures please, or you may find yourself a guest of the county morgue.

Photojournalist Shala Winters already had her hands full bringing tourism to this backward, podunk town, but her job just got tougher. Pictures can say a thousand words, and one of Shala’s is screaming bloody murder. Now she has to entrust a macho, infuriating lawman with her life — but she’ll never trust him with her heart.

Trusted or not, Sky Gomez isn’t about to let a killer get his hands on Shala’s Nikon — or any of her more comely assets, for that matter. Her mouth might move faster than a Piney Woods roadrunner, but all he can think about is how good it must taste…and how she’ll never escape true love.

It’s free at Amazon, B&N and Smashwords. Honestly, this book has the potential of being quite a disaster with it centering around a Native American community and the sensalization of it for publicity purposes in hopes of increasing tourist trade.  Having said that, it is free and therefore, all it costs is time. 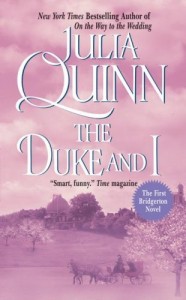 Simon Basset, the irresistible Duke of Hastings, has hatched a plan to keep himself free from the town?s marriage-minded society mothers. He pretends to be engaged to the lovely Daphne Bridgerton. After all, it isn?t as if the brooding rogue has any real plans to marry – though there is something about the alluring Miss Bridgerton that sets Simon?s heart beating a bit faster. And as for Daphne, surely the clever debutante will attract some very worthy suitors now that it seems a duke has declared her desirable. But as Daphne waltzes across ballroom after ballroom with Simon, she soon forgets that their courtship is a complete sham. And now she has to do the impossible and keep herself from losing her heart and soul completely to the handsome hell-raiser who has sworn off marriage forever!

This is the first in the Bridgerton series. Quinn was a popular author before this but Bridgerton series made her a premiere author. This is one of my favorite in the series because I really enjoyed uncomplicated, sunny Daphne. However, Daphne engages in a very terrible act in the book that is beyond the pale for many readers. Simon does not want to have children. One night when he is not in control of his full capacities, Daphne seduces him and then refuses to allow him to pull out, as he had done other nights. This is rightly viewed as a violation. I remember at the time reading it and not having it bother me but later, upon contemplation, and thinking how absolutely outraged I would be if Daphne was forced a pregnancy when she didn’t want one, it didn’t sit so well. 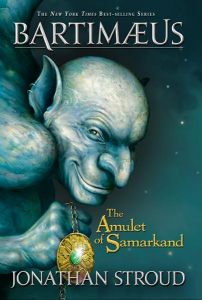 Nathaniel is a magician’s apprentice, taking his first lessons in the arts of magic. But when a devious hot-shot wizard named Simon Lovelace ruthlessly humiliates Nathaniel in front of his elders, Nathaniel decides to kick up his education a few notches and show Lovelace who’s boss. With revenge on his mind, he summons the powerful djinni, Bartimaeus. But summoning Bartimaeus and controlling him are two different things entirely, and when Nathaniel sends the djinni out to steal Lovelace’s greatest treasure, the Amulet of Samarkand, he finds himself caught up in a whirlwind of magical espionage, murder, and rebellion.

This is the Amazon Daily Deal. Booklist called it “One of the liveliest and most inventive fantasies of recent years.” Even one of the more negative reviews said that the action was fierce and the tone hilarious.