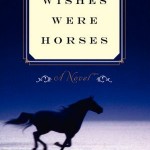 If Wishes Were Horses by Robert Barclay. $ .99

Despite the cover and title and that the author is a male, this is a romance complete with the requisite HEA.

In this unforgettable novel of love, hope, and second chances, a grieving man's personal plan for redemption is suddenly and unexpectedly turned upside down . . .

Devastated by the senseless deaths of his wife and son at the hands of a drunk driver, Wyatt Blaine remains unable to forgive or to love again. Searching for a sense of peace, he decides to revive his late wife's equine therapy program for troubled teens at the Blaine family ranch.

But then Wyatt's pastor asks for the impossible—for Wyatt to meet with Gabby Powers, the widow of the man responsible for the accident, and accept her troubled son, Trevor, into the program. Wyatt reluctantly agrees.

To his great surprise, Wyatt finds himself drawn to Gabby. But to heal completely, Wyatt and Gabby must first overcome the common tragedy that separates them and learn the true nature of forgiveness. And only by conquering these seeming impossibilities might their hearts become free to love each other . . . 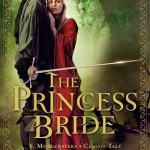 It's a classic and while the movie is spectacular, the book is just as good. I think the political satire comes through more clearly in the book than in the movie.

Anyone who lived through the 1980s may find it impossible—inconceivable, even—to equate The Princess Bride with anything other than the sweet, celluloid romance of Westley and Buttercup, but the film is only a fraction of the ingenious storytelling you'll find in these pages. Rich in character and satire, the novel is set in 1941 and framed cleverly as an “abridged” retelling of a centuries-old tale set in the fabled country of Florin that's home to “Beasts of all natures and descriptions. Pain. Death. Brave men. Coward men. Strongest men. Chases. Escapes. Lies. Truths. Passions.”

With over one million copies in print, S. Morgenstern's classic fantasy, in the abridged “good parts” version by William Goldman, is a readers' favorite. 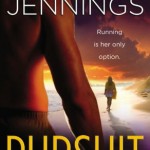 Elizabeth Jennings is the pen name for Lisa Marie Rice. Under the Jennings name, LMR has written three titles, I believe. I'm a fan of LMR's work. She provides a fairly consistent reading experience and her hero and heroine archetypes are similar from book to book. You can read my thoughts about her here. Her Jennings books seem a bit tamer than the LMR titles.

A shocking betrayal…her father's murder…and a life-threatening accusation…Heiress Charlotte Court has walked into a waking nightmare-one that sends her running from her wealthy home to anywhere she can hide.

Across the border in Mexico, Charlotte creates a new identity and finds refuge in the battle-torn arms of Navy SEAL Matt Sanders. Fleeing his past, Matt yearns to protect her and replace her pain with pleasure. But Charlotte can't trust anyone, not even someone she's starting to love. She knows she's a target-and out of sight, a soulless killer is zeroing in on his prey… 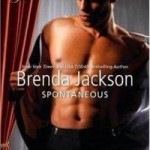 I'm not sure if the sale price is reflected everywhere but at Amazon it is currently priced at 86 cents. The reviewer at Amazon says this book is hot and the couple are glued together from chapter one.

Kimani Cannon knows she's in trouble the second she lays eyes on 6'4″ of luscious male. The best kind of trouble, too…mm-mmm! Duan Jeffries turns out to be the perfect man—charming, considerate…and the best lover she's ever had. Too bad Mr. Delicious is just a one-night stand….

Until Kim needs a date to her mother's (fifth) wedding! Duan's willing to act the part of her fiancé… as long as it means full benefits. More amazing sex? No problem!

Then Kim finds out that Duan's got his own private agenda. Suddenly, she doesn't know what to believe. Her head and heart are telling her to be careful. But the sensual thrumming in her blood is turning out to be much more persuasive….