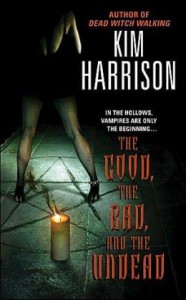 Rachel Morgan’s back, and in more trouble than ever! Fans of Laurell K. Hamilton and other vampire novels won’t want to miss the second novel in Kim Harrison’s addicting–and already bestselling–supernatural series. Former-bounty-hunter Rachel Morgan has it pretty good. She’s left the corrupt Inderland Runner Service and started her own independent service. She’s survived werewolves, shape-changing demons, bad-hair days, and sharing a church with her vampire roommate Ivy. She even has a cute (if human) boyfriend-what more could a witch want? But living with a reformed vampire isn’t all it’s cracked up to be, particularly when your roommate’s very bad ex-boyfriend wants her back, and wouldn’t mind you in the process. And especially when he’s six feet of sheer supernatural seduction, and you’ve got a demon mark that makes vampires literally hotter than hell…. To save herself and Ivy, Rachel must confront the vampire master-and the dark secrets she’s hidden even from herself.

I’m not sure where this series is going but when I read the first few novels, Ivy and Rachel’s relationship was my favorite and secretly I kind of shipped them together. 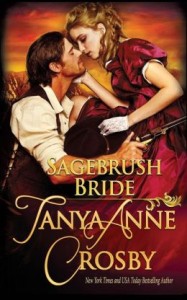 Fiercely independent, Elizabeth Bowcock – “Doc Liz” as she’s known by all — vows to raise her orphaned niece as her own. Unfortunately, the child’s grandfather has declared the unwed doctor to be an unfit guardian and refuses to deliver her to Liz’s care until she finds herself a man…

Enter dark-haired, devil-eyed Cutter McKenzie. Outcast for his Cheyenne blood, the handsome halfbreed volunteers to pose as Elizabeth’s husband. But though his wicked sex appeal threatens to undermine Liz’s independence, the road to St. Louis promises even greater perils…

This book has few ratings and one is “I really like this book” so who knows.  It’s a gamble and doesn’t that make it all the more exciting? No? Well, how about just try a sample? 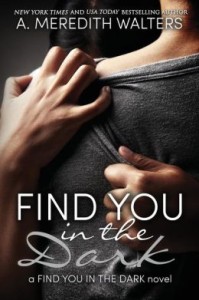 Clayton Reed was running from his past and an army of personal demons that threatened to take him down. He never thought he had a chance at happiness.

Maggie thought their love could overcome anything. Clay thought she was all he needed to fix his messy life.

That together, they could face the world.

But the darkness is always waiting.

Sometimes the greatest obstacle to true love is within yourself.

This book and the second “Light in the Shadows” are on sale for $.99. At that price, the duology is worth the purchase price. The story deals with one character (the male) suffering from serious bipolarity. Weirdly the first book is more emotionally intense even though it shows the bipolarity symptoms at the worst. Light in the Shadows is in the recovery stage and that book didn’t resonate as strongly. I reviewed Light in the Shadows here. 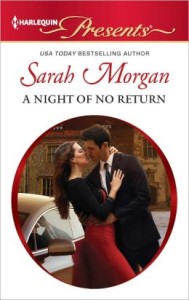 Money, charm and sensual skills don’t make up for a heart colder than ice?

Wild parties, wanton women, relentless work—nothing helps tycoon Lucas Jackson escape his dark and haunting past. Arriving at his rural castle in a snarling snowstorm, he craves only complete isolation.? But it seems oblivion can take an unexpected and highly intoxicating form!

Personally delivering the vital file left on her boss’s desk, secretary Emma Gray starts to seriously regret her dutiful overtime mission. She never expected the dark side of the usually controlled Lucas could generate such a primitive, powerful—and entirely inappropriate—reaction.

We love Sarah Morgan’s work and apparently Harlequin wants to spread that love into the far reaches of the romance readership. They are discounting several of her titles to $1.99 for a week or so. I’ll be profiling them each day. Just go ahead and buy all the discounted titles now. ;)