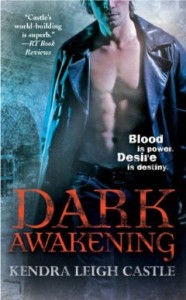 Enter the world of the Dark Dynasties . . .

For centuries, shapeshifting vampire Tynan MacGillivray has prowled the night as an outcast, valued only for his ferocious hunting skills. When a feud among the immortals escalates into all-out war, he is ordered by his ruthless queen to locate a Seer-a human woman with a special gift-who can secure victory for their clan. Ty’s search leads him to a quiet New England town, but once he has the Seer in his grasp, her touch awakens within him a hunger like he’s never known . . .

Lily Quinn has always been different. Since childhood, she’s had vivid nightmares and an eerie sixth sense. When a sexy, silver-eyed stranger demands her help, Lily plunges into a new world of danger and sensuality. With Ty, she discovers sizzling passions she cannot deny and powers she cannot control. Soon, it is clear that Lily is much more than a Seer-she holds the key to ancient secrets and unthinkable destruction. But will a vampire’s vow of eternal protection stop these evil forces . . . or unleash her dark destiny?

Has of The BookPushers wrote “I think it had an interesting premise with vampiric/dynastic lines and the hierarchy of supernatural races, however I don’t think the book never lived up to that promise and sadly its a below average PNR for me.” 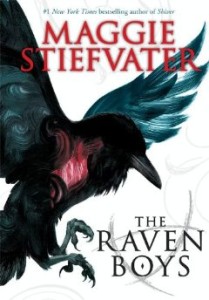 “There are onlytwo reasons a non-seer would see a spirit on St. Mark’s Eve,” Neeve said.”Either you’re his true love . . . or you killedhim.”

It is freezing in the churchyard,even before the dead arrive.

Every year, Blue Sargent stands nextto her clairvoyant mother as the soon-to-be dead walk past. Blue herself never sees them–not until this year, when a boy emerges from the dark and speaks directly to her.

His name is Gansey, and Blue soon discovers that he is a rich student at Aglionby, the local private school. Bluehas a policy of staying away from Aglionby boys. Known as Raven Boys, they canonly mean trouble.

But Blue is drawn to Gansey, in away she can’t entirely explain. He has it all–family money, good looks, devotedfriends–but he’s looking for much more than that. He is on a quest that has encompassed three other Raven Boys: Adam, the scholarship student who resents all the privilege around him; Ronan, the fierce soul who ranges from anger to despair; and Noah, the taciturn watcher of the four, who notices many things but says very little.

For as long as she can remember,Blue has been warned that she will cause her true love to die. She never thought this would be a problem. But now, as her life becomes caught up in the strange and sinister world of the Raven Boys, she’s not so sureanymore.

From Maggie Stiefvater, thebestselling and acclaimed author of the Shiver trilogy and The Scorpio Races, comes a spellbinding new series where the inevitability of death and the nature of love lead us to a place we’ve never been before.

One reviewer said “Raven Boys is a very dark, complicated, heavy read, and the very much delayed clarification on most of the supernatural design in the plot made it a challenge to follow” 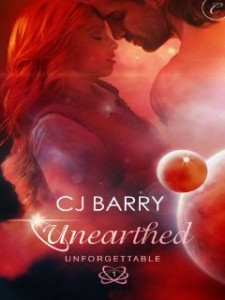 Out of this World…

Tess MacKenzie has always dreamed of taking her place among the stars, but racing through the galaxy is not quite what she had in mind. An aspiring singer, she’s finally on the verge of her big break when she’s abducted by the hottest alien she could have ever imagined. An alien who claims the fate of millions depends on her.

Cohl Travers needs Tess. The warring Trakas are holding his father captive, threatening to kill him unless Cohl retrieves a legendary Amulet for them. In the entire universe, only one voice has the power to unlock the Amulet from its hidden chamber: Tess’s. Cohl may have snatched her from Earth by force, but she must help him willingly if they are to survive the mission.

Convincing Tess to put her life on hold to help his people is the easy part. Resisting the desire to ask her to stay with him will be much harder…

One reviewer called it “Sci-Fi Romance Novel a la Indiana Jones.” Another reviewer said that the rules of the universe in this book don’t work and that true SFF fans might be disappointed. 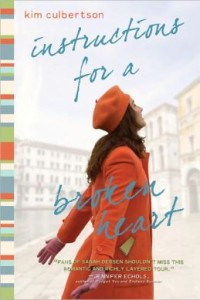 Instructions for a Broken Heart by Kim Culbertson. $ 2.99.

Three days before her drama club’s trip to Italy, Jessa Gardner discovers her boyfriend in the costume barn with another girl. Jessa is left with a care package from her best friend titled “Top Twenty Reasons He’s a Slimy Jerk Bastard,” instructing her to do one un-Jessa-like thing each day of the trip. At turns hilarious and heartwrenching, Instructions for a Broken Heart paints a magical Italy in which Jessa learns she must figure out life-and romance-for herself.

This is more of a girl’s journey than a romance. The reviews suggest that the ending is hopeful.