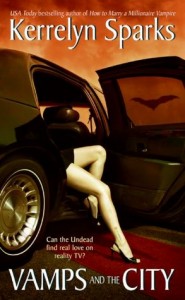 Darcy Newhart thought it was a stroke of genius—the first?ever reality TV show where mortals vie with vampires for the title of The Sexiest Man on Earth. As the show’s director, Darcy’s career would be on track again. And she can finally have a life apart from the vampire harem. Okay, so she’s still technically dead, but two out of three’s not bad. Now she just has to make sure that a mortal doesn’t win. If only she wasn’t so distracted by a super?sexy and live contestant named Austin…

The premise of these books are fairly silly but if you like lighthearted vampire romances, it is probably a decently written book for 99c. 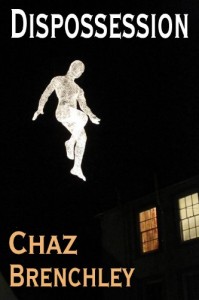 What would you do if you woke up in hospital and your last memory was dated January, but the calendar said April?

If you were a solicitor and rigidly honest, and the biggest bunch of flowers in your room came from the biggest crook in town?

If there were no flowers or visits from your girlfriend, but the total stranger at your bedside claimed to be your wife — and proved it?

If someone drove a blazing truck through the window in an obvious attempt to kill somebody, and very possibly you?

When all this happened to Jonty Marks, he ran for sanctuary. To the mountain garden of a fallen angel. Where else…?

Chaz Brenchley is offering a $2 off coupon for Dear Author readers today through Nov 16. 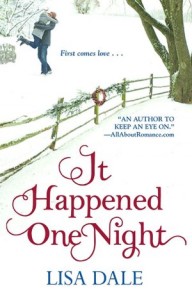 Sometimes love finds you when you least expect it.

Lana Biel has always wanted to shake the dust of Vermont off her feet and see the world, one exotic country after another. But when a lighthearted spring fling changes her life forever, she turns to the one man whose strong shoulders can lighten any burden: her best friend, Eli Ward.

Eli has always been there for Lana—after all, that’s what best friends do. But Lana isn’t the only one hiding something. Eli is keeping secrets of his own that threaten their relationship. Yet as summer turns to fall, new desires awaken between them, even as old fears tear them apart. Then, when another Vermont winter fills the valleys with snow, Eli and Lana are given the chance for an adventure greater than they ever dreamed possible…and a love that will last for all time.

Mandi from Smexy books says this contemporary is adorable but it sounds like sometimes Lana relied on Eli a little too much to see her through the rough patches:

When he does admit his feelings– when the romance between them has a chance to grow, it is some of the sweetest pages I have read. His love for her was so intense, you just want to push Lana towards him knowing he will make her happy for the rest of his life. 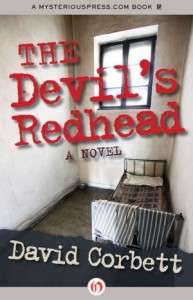 An ex-con risks his freedom and his life to rekindle an old love affair. They call him Bad Dan, the Man Who Can. A talented photographer who makes his living smuggling premium Thai marijuana into the States, he meets Shel at a Las Vegas blackjack table, and falls instantly in love. After two years of whirlwind passion, they are living in California and plotting a final score. But in his haste to escape the con life, Dan makes a fatal mistake. The score goes sour, and Dan agrees to a ten-year stint to buy a light sentence for the woman he loves. When he emerges from jail, Dan’s freewheeling spirit is gone. His parole bars him from consorting with known felons, but no power on earth can keep him away from Shel. Attempting to reconnect with her draws them both back into the smuggling game, where the only things hotter than their passion are the tempers of the men who want them dead.

I suspect Shel and Dan’s relationship ends in a fiery shootout at the end or something similarly dramatic and depressing. It’s very violent, per the reviews, but a great first novel.