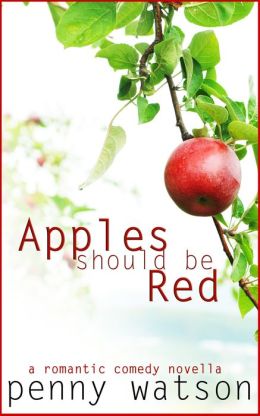 Throw in a beer can-turkey, a battle for horticultural supremacy, and nudist next-door neighbor.

Laura Florand wrote a guest review for Dear Author of this book. “It’s such a delight of a story. It’s hard for me to imagine anyone would regret spending an hour with this couple. You hate to finish it and be forced to abandon Tom’s point of view to, sigh, go and be polite to people. If you can’t bear stand-up comedy levels of profanity, maybe you should give this one a pass. But if you’re looking for something a little different, for characters who aren’t your standard formula, for a thumb-your-nose-at-life-and-fall-in-love-anyway comedy full of heart and a fundamental sweetness, I can only urge you to give this one a try.” MacKayla Lane’s life is good. She has great friends, a decent job, and a car that breaks down only every other week or so. In other words, she’s your perfectly ordinary twenty-first-century woman. Or so she thinks…until something extraordinary happens.

When her sister is murdered, leaving a single clue to her death–a cryptic message on Mac’s cell phone–Mac journeys to Ireland in search of answers. The quest to find her sister’s killer draws her into a shadowy realm where nothing is as it seems, where good and evil wear the same treacherously seductive mask. She is soon faced with an even greater challenge: staying alive long enough to learn how to handle a power she had no idea she possessed–a gift that allows her to see beyond the world of man, into the dangerous realm of the Fae….

Jaclyn gave a summary of why these books are so compelling. ”

Our lovely blond babe goes pseudo-Goth, learns to fight, learns she’s a sidhe-seer (can see the Fae, unlike most humans) with the ability to sense magical objects, and that she’s tougher than she ever imagined. The borderline-TSTL Mac of page one in DarkFever sheds her cluelessness with each fingernail that she breaks, as she battles her way towards learning what happened to her sister and seeks revenge on her killer, and tries to find and contain the Sinsar Dubh.

Mac is a trip, and I am so gunning for her to beat the bad guys. I love the hard-edged Mac, the woman honed by horror and death.   I mourn her loss of innocence, but only a little.” In a garden surrounded by a tall fence, tucked away behind a small, quiet house in an even smaller town, is an apple tree that is rumored to bear a very special sort of fruit. In this luminous debut novel, Sarah Addison Allen tells the story of that enchanted tree, and the extraordinary people who tend it.…

The Waverleys have always been a curious family, endowed with peculiar gifts that make them outsiders even in their hometown of Bascom, North Carolina. Even their garden has a reputation, famous for its feisty apple tree that bears prophetic fruit, and its edible flowers, imbued with special powers. Generations of Waverleys tended this garden. Their history was in the soil. But so were their futures.

A successful caterer, Claire Waverley prepares dishes made with her mystical plants—from the nasturtiums that aid in keeping secrets and the pansies that make children thoughtful, to the snapdragons intended to discourage the attentions of her amorous neighbor. Meanwhile, her elderly cousin, Evanelle, is known for distributing unexpected gifts whose uses become uncannily clear. They are the last of the Waverleys—except for Claire’s rebellious sister, Sydney, who fled Bascom the moment she could, abandoning Claire, as their own mother had years before.

When Sydney suddenly returns home with a young daughter of her own, Claire’s quiet life is turned upside down—along with the protective boundary she has so carefully constructed around her heart. Together again in the house they grew up in, Sydney takes stock of all she left behind, as Claire struggles to heal the wounds of the past. And soon the sisters realize they must deal with their common legacy—if they are ever to feel at home in Bascom—or with each other.

Enchanting and heartfelt, this captivating novel is sure to cast a spell with a style all its own….

Gina C writes “Since this is my first time reading a book from the magical realism genre, I don’t know if this is universally true for the entire genre, but what appeals to me is the imagery of magic. It’s about describing a normal activity like running, but attributing something not common at all to running, like a purple light trailing you the distance of a run.  A tree that throws apples when mad seems silly and childish, but describing a tree as the center of a garden who uses its fruits and limbs to protect a family for a generation sets a much different tone. “ After losing her older brother in a violent robbery, wedding gown designer Bianca Bradshaw refuses to date men with criminal ties. She’s never been tempted to cross that line—until Sergei.

The Russian behemoth works as an enforcer for mob boss Nikolai Kalasnikov and fights as his champion in the underground bare-knuckle circuit. Sergei is absolutely the last complication she needs in her life—but he’s the only man who makes her body ache with desire.

And right now she needs his help.

When he learns some creep is bothering Bianca, Sergei Sakharov vows to protect her at all costs. He’s been trying to get close to the plus-sized beauty for months but she rejects him at every turn. He’s determined to show her that he’s worth more as a man than his criminal connections.

But Sergei’s loyalty to his family—both blood and criminal—put him at odds with the future he wants with Bianca. He has to choose—the woman he desperately loves or his loyalty to the man who saved his life.

Smexybooks included it in their round up “Roxie Rivera’s Sergei continues on her Russian Protector series and all I can say is, ‘Oh my yes please.’ Fast pacing and a well plotted storyline gives us a super sexy story with a hot russian alpha lover and the woman he is determined to make his. “

→ Jane
Previous article: REVIEW: I’m Dreaming of an Undead Christmas by Molly Harper
Next Post: Tuesday News: Did Uber threaten a female journalist; are books essential goods; why is the Internet a guilty pleasure; and how we can get the meaning of life in 60 seconds or less