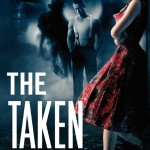 We profiled Vicki Pettersson before with her book “Scent of Shadows”, a former deal. I haven’t ever read this author and I can’t vouch for her. LisaCharlotte and Stephanie point out that the other series is not a romance but dark urban fantasy so I would tread carefully here.

Griffin Shaw used to be a PI, but that was back when gumshoes hoofed the streets . . . and he was still alive. Fifty years later, he’s an angel, but that doesn’t make him a saint. One small mistake has altered fate, and now he’s been dumped back onto the mortal mudflat to collect another soul—Katherine “Kit” Craig, a journalist whose latest investigation is about to get her clipped.

Bucking heavenly orders, Grif refuses to let the sable-haired siren come to harm. Besides, protecting her offers a chance to solve the mystery of his own unsolved murder—and dole out some overdue payback for the death of his beloved wife, Evie.

Joining forces, Kit and Grif’s search for answers leads beyond the blinding lights of the Strip into the dark heart of an evil conspiracy. But a ruthless killer determined to destroy them isn’t Grif’s biggest threat. His growing attraction to Kit could cost them both their lives, along with the answer to the haunting question of his long afterlife . . . 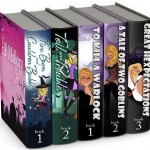 This deal is priced at 2.99 and includes Jolie Wilkins Books 1 & 2, Dulcie O’Neil Books 1, 2 & 3. The same book set does not appear to be available on other sites but Barnes and Noble.

A self-deprecating witch with the unique ability to reanimate the dead.
A dangerously handsome warlock torn between being her boss and her would-be lover.
A six hundred year old English vampire with his own agenda; one that includes an appetite for witches.
The Underworld in a state of chaos.
Let the games begin.

Life isn’t bad for psychic Jolie Wilkins. True, she doesn’t have a love life to speak of, but she has a cute house in the suburbs of Los Angeles, a cat and a quirky best friend.

Enter Rand Balfour, a sinfully attractive warlock who insists she’s a witch and who just might turn her life upside down. Rand hires her to help him solve a mystery regarding the death of his client who also happens to be a ghost. Jolie not only uncovers the cause of the ghost’s demise but, in the process, she brings him back to life!

Word of Jolie’s incredible ability to bring back the dead spreads like wildfire, putting her at the top of the Underworld’s most wanted list. Consequently, she finds herself at the center of a custody battle between a villainous witch, a dangerous but oh-so-sexy vampire, and her warlock boss, Rand.

The Underworld in civil war.
The cause? A witch who can reanimate the dead.
A sexy as sin vampire determined to claim her.
An infuriatingly handsome warlock torn between duty and love.
Who says blonds have more fun?

After defending herself against fairy magic, Jolie Wilkins wakes to find her world turned upside down—the creatures of the Underworld on the precipice of war.

The Underworld is polarized in a battle of witch against witch, creature against creature, led by the villainous Bella, who would be Queen.

While Jolie has one goal in mind, to stake the vampire, Ryder, who nearly killed her, she also must choose between the affections of her warlock employer, Rand, and the mysteriously sexy vampire, Sinjin.

And as if that weren’t enough to ruin a girl’s day, everything Jolie knows will be turned inside out when she’s thrust into the shock of a lifetime.

To Kill A Warlock:

The murder of a dark arts warlock.
A shape-shifting, ravenous creature on the loose.
A devilishly handsome stranger sent to investigate.
Sometimes working law enforcement for the Netherworld is a real bitch.

Dulcie O’Neil is a fairy. And not the type to frolic in gardens. She’s a Regulator—a law-enforcement agent who monitors the creatures of the Netherworld to keep them from wreaking havoc in the mortal world.

When a warlock is murdered and Dulcie was the last person to see him alive, she must uncover the truth before she’s either deported back to the Netherworld, or she becomes the next victim.

Enter Knight Vander, a sinfully attractive investigator sent from the Netherworld to work the case with Dulcie.

Between battling her attraction to her self-appointed partner, keeping a sadomasochistic demon in check, and fending off the advances of a sexy and powerful vampire, Dulcie’s got her hands full.

As the body count increases, Dulcie finds herself battling dark magic, reconnoitering in S&M clubs and suffering the greatest of all betrayals.

A Tale of Two Goblins:

A Dreamstalker— a creature that stalks and kills its victims in sleep.
A fairy in law enforcement determined to stop him.
A potions smuggler who possesses something she wants.
A vampire with his own agenda.
And a partner who couldn’t possibly be sexier or more frustrating.

Dulcie O’Neil is a fairy working in law enforcement for the Netherworld.

When Knight Vander approaches her with a case regarding comatose victims, she agrees to help him, imagining the most difficult part will be combatting her attraction to him.

But, what Dulcie isn’t betting on is the fact that the case becomes personal when she learns all the victims are somehow linked to her.

When her best friend falls victim to the Dreamstalker, Dulcie must do everything in her power to ensure her friend’s survival, including associating with criminals and accepting the fact that desperate times do definitely call for desperate measures.

A misunderstanding turned deadly.
A fairy in law enforcement who won’t stop until the truth is uncovered.
A vampire who seems to be her ally but appearances can be deceiving.
And a partner who would put his own life on the line to defend hers.

Dulcie O’Neil knows she’s at fault for failing to arrest a wanted criminal but when her partner gets pinned for the the crime, she’ll stop at nothing to ensure his innocence 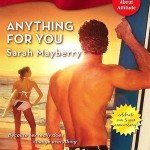 I was struggling to find new deals to profile so I thought I would check out the pricing for some old favorites. This is a fun friends to lovers story. It’s $3.25 at Amazon. As far as I know, this Kobo coupon code for 45% off still works “ac4auto45”.

I reviewed a number of her books back in 2008. Sam Kirk and Delaney Michaels have been best friends forever. They turned their friendship into a successful business partnership by way of publishing an extreme Sports magazine. The problem is that Delaney has been in love with Sam for as long as they have been friends. Because she’s been in love with him but he thinks that they are just buds, her whole life has felt like it has been on hold. Delaney wants a family and it’s not going to happen while she is in love with Sam. She decides that she is going to cut the ties to Sam entirely. She is going to sell her apartment (which is in the same complex as Sam’s). She wants to be bought out of the business. She’s going to move out and move on. This crushes Sam and not because he secretly harbors feelings for Delaney other than friendship but she has been such a part of his life, he can’t imagine his life without Delaney.

Since when was his best friend this hot?

The world according to Sam Kirk has just turned upside down. His best friend and business partner, Delaney Michaels, has returned from vacation a new woman…a gorgeous, hot new woman. Suddenly Sam is thinking entirely inappropriate thoughts about his buddy. Worse, with Delaney’s changed look, she’s abandoning their friendship in pursuit of the picket-fence dream. It’s a nightmare come true.

Then one night finds them tangling in the sheets.

It should feel wrong, wrong, wrong…instead, it feels very right. And now Sam knows exactly what he’d do to keep his best friend: absolutely anything. 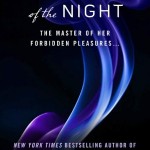 A lot of people are buying and enjoying Bared to You and Avon, a former publisher, is trying to capitalize on this. Day’s voice is very different from genre to genre.

Lyssa has been having the most incredible dreams about a man whose blue eyes hold the promise of decadent pleasures and tempting intimacies. And then he appears on her doorstep! This intoxicating stranger is just as irresistible as the man of her dreams . . . but with her surrender there is also grave danger . . .

Because Aidan is on a mission, and the passion that consumes them body and soul could have dire consequences. Loving the mortal woman prophesied to destroy Aidan’s world is not only impossible . . it is forbidden.