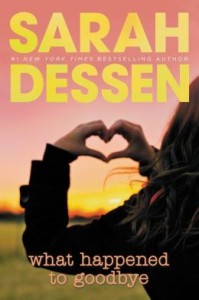 What Happened to Goodbye by Sarah Dessen. $ 2.99

Since her parents’ bitter divorce, Mclean and her dad, a restaurant consultant, have been on the move – four towns in two years. Estranged from her mother and her mother’s new family, Mclean has followed her dad in leaving the unhappy past behind. And each new place gives her a chance to try out a new persona: from cheerleader to drama diva. But now, for the first time, Mclean discovers a desire to stay in one place and just be herself – whoever that is. Perhaps her neighbor Dave, an academic superstar trying to be just a regular guy, can help her find out. Combining Sarah Dessen’s trademark graceful writing, great characters, and compelling storytelling, What Happened to Goodbye is irresistible reading.

Dessen used to be one of my favorite YA authors. Her blend of issues with romance worked really well for me and I loved her presentation of the uncertain teen growing up. Her most recent books seem to be moving away from romance as the reviews lament the simplicity of the plot and the very low key romance. The focus is more on the community of friends the protagonist is developing. 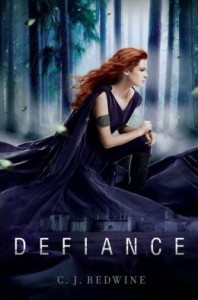 Defiance by C. J. Redwine is rich postapocalyptic YA fantasy perfect for fans of Graceling and Tamora Pierce.

While the other girls in the walled city-state of Baalboden learn to sew and dance, Rachel Adams learns to track and hunt. While they bend like reeds to the will of their male Protectors, she uses hers for sparring practice.

When Rachel’s father fails to return from a courier mission and is declared dead, the city’s brutal Commander assigns Rachel a new Protector: her father’s apprentice, Logan—the boy she declared her love to and who turned her down two years before. Left with nothing but fierce belief in her father’s survival, Rachel decides to escape and find him herself.

As Rachel and Logan battle their way through the Wasteland, stalked by a monster that can’t be killed and an army of assassins out for blood, they discover romance, heartbreak, and a truth that will incite a war decades in the making.

Girl assassins? How is it that Jia hasn’t read this one? And then I did a little search and sure enough, she has.

I can’t help but feel that I fell for a bait and switch. I went into this expecting a traditional fantasy but instead got a post-apocalyptic fantasy masquerading as a traditional fantasy. Given how badly the post-apocalyptic subgenre has been working for me lately, this cost the book several points. I had a difficult time connecting with either Rachel or Logan, feeling that they made stupid decisions for the sake of plot more often than not.

This book is a set up for a trilogy (and a love triangle). Definitely buyer beware. Talking Dirty with the CEO by Jackie Ashenden . $ .99

Gadget journalist Christie St. John is more geek than chic. But when research for an article she has to write on online dating leads to the bed of the hottest guy she’s ever met, she knows that if the geek is to keep the hottie CEO, she’s going to have to come out of her digital shell. Tech mogul Joseph Ashton never expected an Internet blind date to end in the best sex of his life. Yet as the chemistry between him and Christie burns out of control, he can’t help but think this woman is out for his money like all the rest. She claims she wants his heart instead – but that’s the one thing he can never give.

A number of the Entangled Indulgence
books are on sale for 99c. I bought this one because I love nerdy girls. Love them. And dirty talkers. This book was like written for me. Please be good. PLEASE. 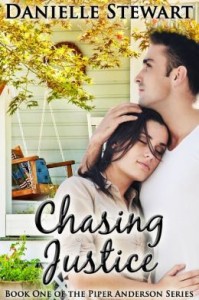 Piper Anderson has been given a fresh start in the picturesque town of Edenville, North Carolina. But her plans of settling into a normal life are derailed when she witnesses a prominent judge in her community committing a violent assault. Running from her own past and fueled by a passion to make the judge answer for his crimes, Piper is forced to decide if she’ll play by the rules or achieve justice in her own way.

Complicating things further, Piper finds herself fighting a powerful attraction to rookie cop, Bobby Wright. Although she’s increasingly enamored with Bobby, his staunch belief in the justice system is in stark contrast to her own. She may not share his opinions about the effectiveness of the law, but she certainly can’t deny how safe she feels when she’s in his arms or how every kiss leaves her desperate for more.

For Piper, the idea of finally living an ordinary life with a man to love is tempting. However, fate keeps placing the judge, quite literally, in her path. Will she decide the only way to win is to be as wicked as the judge, but with righteous intentions? And more importantly, will Bobby choose to let her go, or follow her as she crosses the line and takes justice into her own hands?

This is a self published book that is free at most retailers. Negative reviews cite overuse of headhopping and explanatory dialogue tags. It also looks like the book might end in a cliffhanger?

→ Jane
Previous article: Review: How Hard Can It Be? by Robyn Peterman
Next Post: Wednesday News: Fraudster uses self publishing platform to sell plagiarised books; Penn student authors a rebuttal to the NYT; and some facts and musings on Rowling’s secret indentity