Daily Deals: Two romances and two mysteries for $2.99 or under 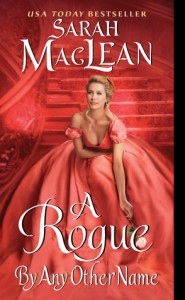 A Rogue by Any Other Name: The First Rule of Scoundrels by Sarah MacLean. $ 2.99

A decade ago, the Marquess of Bourne was cast from society with nothing but his title. Now a partner in London’s most exclusive gaming hell, the cold, ruthless Bourne will do whatever it takes to regain his inheritance—including marrying perfect, proper Lady Penelope Marbury.

A broken engagement and years of disappointing courtships have left Penelope with little interest in a quiet, comfortable marriage, and a longing for something more. How lucky that her new husband has access to an unexplored world of pleasures.

Bourne may be a prince of London’s illicit underworld, but he vows to keep Penelope untouched by its wickedness—a challenge indeed as the lady discovers her own desires, and her willingness to wager anything for them . . . .even her heart.

I struggled with this one because the hero comes off as a really terrible person. He’s cruel to Penelope even though she has never done anything to harm him and the reason for his own circumstances were the result of his own reckless behavior. I could not finish it but those who have said that Bourne’s redemption is complete. 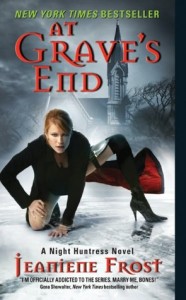 It should be the best time of half-vampire Cat Crawfield’s life. With her undead lover Bones at her side, she’s successfully protected mortals from the rogue undead. But though Cat’s worn disguise after disguise to keep her true identity a secret from the brazen bloodsuckers, her cover’s finally been blown, placing her in terrible danger.

As if that wasn’t enough, a woman from Bones’s past is determined to bury him once and for all. Caught in the crosshairs of a vengeful vamp, yet determined to help Bones stop a lethal magic from being unleashed, Cat’s about to learn the true meaning of bad blood. And the tricks she’s learned as a special agent won’t help her. She will need to fully embrace her vampire instincts in order to save herself—and Bones—from a fate worse than the grave.

This is the third book in the Cat series. I only read the first one which came off as a Buffy/Spike inspired vampire fan fiction but this is a very popular paranormal series. 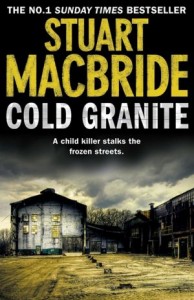 Stuart MacBride’s Number One bestselling crime series opens with this award-winning debut. DS Logan McRae and the police in Aberdeen hunt a child killer who stalks the frozen streets.Winter in Aberdeen: murder, mayhem and terrible weather…It’s DS Logan McRae’s first day back on the job after a year off on the sick, and it couldn’t get much worse. Three-year-old David Reid’s body is discovered in a ditch, strangled, mutilated and a long time dead. And he’s only the first. There’s a serial killer stalking the Granite City and the local media are baying for blood.Soon the dead are piling up in the morgue almost as fast as the snow on the streets, and Logan knows time is running out. More children are going missing. More are going to die. And if Logan isn’t careful, he could end up joining them…

This is free at B&N. Strongly recommended by Library Journal and positively reviewed by PW. 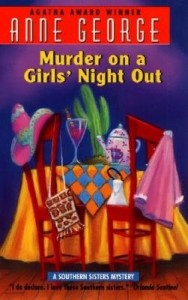 Patricia Anne — “Mouse” — is respectful, respectable, and demure, a perfect example of genteel Southern womanhood. Mary Alice — “Sister” — is big, brassy, flamboyant, and bold. Together they have a knack for finding themselves in the center of some of Birmingham’s most unfortunate unpleasantness.

Country Western is red hot these days, so overimpulsive Mary Alice thinks it makes perfect sense to buy the Skoot ‘n’ Boot bar — since that’s where the many-times-divorced “Sister” and her boyfriend du jour like to hang out anyway. Sensible retired schoolteacher Patricia Anne is inclined to disagree — especially when they find a strangled and stabbed dead body dangling in the pub’s wishing well. The sheriff has some questions for Mouse and her sister Sister, who were the last people, besides the murderer, of course, to see the ill-fated victim alive. And they had better come up with some answers soon — because a killer with unfinished business has begun sending them some mighty threatening messages…

This is a book about sisters and has promise but it sounds like the mystery lacks verve.