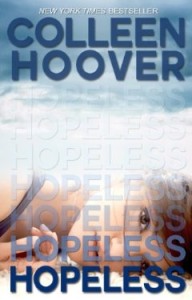 Due to heavy subject matter and sexual content, this book is recommended for mature readers.

#1 NEW YORK TIMES BESTSELLING NOVEL”Hopeless blew me away. I was so wrapped up in this story, I felt as if I was Sky. She’s so real. And Holder…dear God, fan me please. This one will rock your world. Trust me.” ~Abbi Glines, bestselling author.

That’s what Sky realizes after she meets Dean Holder. A guy with a reputation that rivals her own and an uncanny ability to invoke feelings in her she’s never had before. He terrifies her and captivates her all in the span of one encounter, and something about the way he makes her feel sparks buried memories from a past she wishes could just stay buried.

Sky struggles to keep him at a distance knowing he’s nothing but trouble, but Holder insists on learning everything about her. After finally caving to his unwavering pursuit, Sky soon finds that Holder isn’t at all who he’s been claiming to be. When the secrets he’s been keeping are finally revealed, every single facet of Sky’s life will change forever.

Hoover announced that this book has sold over 500,000 copies in ebook format.  She sold the print rights to this book to Atria but kept the digital rights.  The book has been discounted before (March 15 2013 according to my records). 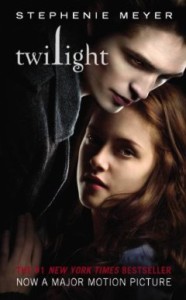 The #1 New York Times bestseller is available for the first time in a mass market paperback edition, featuring a striking movie tie-in cover. Bella Swan’s move to Forks, a small, perpetually rainy town in Washington, could have been the most boring move she ever made. But once she meets the mysterious and alluring Edward Cullen, Bella’s life takes a thrilling and terrifying turn. Up until now, Edward has managed to keep his vampire identity a secret in the small community he lives in, but now nobody is safe, especially Bella, the person Edward holds most dear.

Deeply romantic and extraordinarily suspenseful, Twilight captures the struggle between defying our instincts and satisfying our desires. This is a love story with bite.

So full confession. I actually liked Twilight with its stalker hero, the sparkly bits, and the emo characters. I fell off the wagon after the first book, but yeah, I was totally enthralled during Twilight. The entire Twilight series is on sale for $2.99 from Twilight, Breaking Dawn, New Moon, and Eclipse. Amazon has also discounted “The Host” for $1.99, Meyer’s science fiction fantasy story that is showing in movie theatres this weekend. 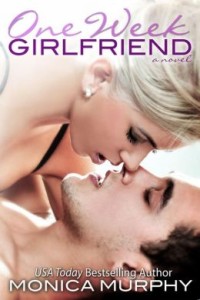 One Week Girlfriend by Monica Murphy. $ .99

Temporary. That one single word best describes my life these last few years. I’m working at a temporary job until I can finally break free. I’m my little brother’s temporary mother since our mom doesn’t give a crap about either of us. And I’m that temporary girl all the guys want to get with because I give it up so easily. According to the rumors, at least.

But now I’m the temporary girlfriend of Drew Callahan, college football legend and all around golden guy. He’s beautiful, sweet—and he’s hiding way more secrets than I am. He’s brought me into this fake life where everyone seems to hate me. And everyone seems to want something from him. The only thing he seems to want though is…

I don’t know what to believe anymore. All I know is, I think Drew needs me. And I want to be there for him.

I think this book has been discounted before. It was published in January 2013 and the second book is being released shortly. I’ve bought this book but I haven’t yet read it. The discounted price is at BN and Amazon.

I wonder if the fake girlfriend is like the new adult/young adult marriage of convenience story. The lower reviews say that the book was predictable and that there were a few typos and grammatical hangups. 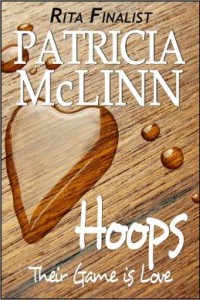 Every plan encounters obstacles, but few are as sexy, as irritating and as irreverent as basketball coach C.J. Draper. Carolyn Trent’s logically mapped journey to reaching the top of her field as a professor of English is hijacked the day she becomes academic adviser to the Ashton University men’s basketball team. The hijacker is C.J. Draper, the team’s new coach.

C.J. never lets adversity stop him – he’d never have gotten this far if he did. He’s not about to start by letting Professor Trent derail him. If he chooses to rattle her ivory tower it’s just for the fun of seeing the fiery woman beneath the marble-cool exterior . . . isn’t it?

In this game of love, will anyone win?

Sale price is reflected at BN and Amazon.  Jayne reviewed this book and gave it a B.

The progression of the conflict between Carolyn and C.J. climaxes in a believable way and makes sense. This isn’t some made up, last minute, gotta pad the page count event. But Carolyn and C.J. also each have a personal issue that needs to be dealt with. I think you handle Carolyn’s better though. Hints were dropped about “something” in C.J.’s past but even though it ends up making sense, it still seems to go from 0 to 60 in too few pages for me to feel totally comfortable about it. I do like that though Carolyn and C.J. are each willing to help the other and support each other’s resolution of their individual conflicts, that resolution comes from within for them rather than relying solely on the other.