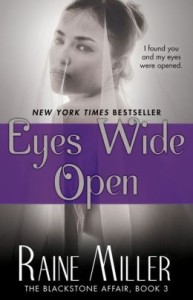 The third part in The Blackstone Affair series: A love on the brink of being destroyed. The fight of a lifetime to keep it alive.

Big surprises are on the horizon for Ethan and Brynne as they struggle to adjust to what life has thrown at them. Demons from the past are threatening to destroy the passionate bond they’ve forged despite their vow that nothing will ever keep them apart. A truly devastating loss coupled with the promise of a new hope opens their eyes to what is most important, but is it possible for the lovers to move on from the painful histories that continue to haunt them? A stalker is still lurking in the shadows, plotting evil amidst the distraction of the 2012 Olympic games in London. Brynne and Ethan are on the cusp of losing everything as the stakes rise. Will they yield to circumstances beyond their control or will they give every ounce of fight they have left to save each other and win the ultimate prize of a life together?

Eyes Wide Open is a passion-wrought story that shows us what pure love can achieve when tested and what the heart can accomplish despite danger and adversity.

This was originally published on May 14, 2013. It is the third book in the originally self published Blackstone series. I read the first one and was mildly entertained. It’s a child of 50 Shades/BtY. The second was written in the male point of view and read like a fifteen year old emo teenager. I cringed the entire time. It was as unsexy as it could possibly be. Alas, I have not yet read the third. 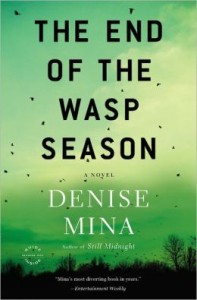 When a notorious millionaire banker hangs himself, his death attracts no sympathy. But the legacy of a lifetime of selfishness is widespread, and the carnage most acute among those he ought to be protecting: his family.

Meanwhile, in a wealthy suburb of Glasgow, a young woman is found savagely murdered. The community is stunned by what appears to be a vicious, random attack. When Detective Inspector Alex Morrow, heavily pregnant with twins, is called in to investigate, she soon discovers that a tangled web of lies lurks behind the murder. It’s a web that will spiral through Alex’s own home, the local community, and ultimately right back to a swinging rope, hundreds of miles away.

THE END OF THE WASP SEASON is an accomplished, compelling and multi-layered novel about family’s power of damage-and redemption

I don’t know what is going on but Amazon is discounting books like crazy. I picked this one because the protagonist is female. Library Journal says VERDICT Mina exhibits her usual thoughtful flair for tough female protagonists and morally complex suspects and victims. Fans of Scottish crime fiction are probably hooked already, but introduce this author to readers of George Pelecanos and Henning Mankell. 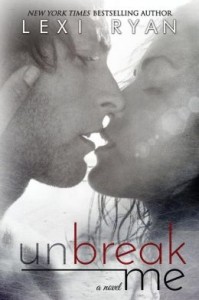 I’m only twenty-one and already damaged goods. A slut. A failure. A disappointment to my picture-perfect family as long as I can remember. I called off my wedding to William Bailey, the only man who thought I was worth fixing. A year later, he’s marrying my sister. Unless I ask him not to…

But now there’s Asher Logan, a broken man who sees the fractures in my façade and doesn’t want to fix me at all. Asher wants me to stop hiding, to stop pretending. Asher wants to break down my walls. But that means letting him see my ugly secrets and forgiving him for his.

With my past weighing down on me, do I want the man who holds me together or the man who gives me permission to break?

Formerly $3.99, this NA is now reduced to .99c. I bought it. The lone one star review called it depressing because the protagonist, who is raped at the age of 15, tries to cope by having more sexual encounters. I don’t know how well the trauma is handled but at 99c, I can squirrel it away. 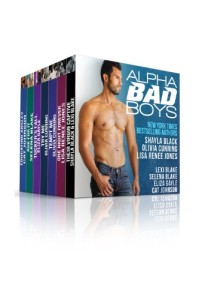 ALPHA BAD BOYS
**LIMITED TIME SPECIAL PRICING**
Seven authors bring you the hottest alpha bad boys and the women who love them. Billionaires, athletes, rockers, Doms, and cowboys, all in one collection, because why should you have to choose?

THEIR VIRGIN CAPTIVE
Masters of Ménage, Book 1
Shayla Black and Lexi Blake
Brothers Gavin, Slade, and Dex, fall hard for Gavin’s new secretary, beautiful Hannah Craig. The oil executives know they must give her time to get to know them before she can choose one…who will seduce the virgin and keep her for his own.

TRY ME
One Night with Sole Regret, Book 1
Olivia Cunning
Melanie has no desire to meet the members of the rock band, Sole Regret, but her groupie of a best friend gets them both backstage and then rushes off with the band’s lead singer. Will Melanie and the band’s drummer, Gabe, only share a single night of passion?

TEMPT ME
One Night with Sole Regret, Book 2
Olivia Cunning
Madison will take one more hot-and-heavy night with Sole Regret’s sexy lead guitarist Adam before she cuts all ties with him for good. She has no problem tempting Adam into her bed, but can she tempt his heart into taking a chance on love?

ONE NIGHT FOREVER
The Cinderella Chronicles, Book 1
Lisa Renee Jones
She’s a struggling good girl taking care of a sick mother. He’s the hot one night stand that she dared indulge in a year before…and now he’s her sexy, rich new boss. Fate has thrown Lauren into the arms of a man who takes her to the absolute edge of passion, but will he destroy her career in the process?

ASK FOR IT
Selena Blake
Trevor Wyatt has lusted for journalist JJ Fairchild since before he retired from the NFL. Now she’s back in his life and he’s not going to miss the opportunity to show her just how good they could be together.

TUCKER’S FALL
Purgatory Masters, Book 1
Eliza Gayle
Scandalized professor Maggie Cisco returns to her hometown to lick her wounds and reconsider her future when a snowstorm puts her in the path of stunningly handsome, insanely rich and equally intense, Tucker Lewis.

EDUCATING ANSLEY
Cat Johnson
Society girl Ansley Craig is banished to a ranch in Colorado, just for having a little too much fun at a graduation party. She expects to find cows and boredom. What she doesn’t count on are the Kane brothers.

This is a compilation of seven different books which sell for over $15.o0 currently. I bought the first one, separately, but haven’t been able to finish it. This is a pre-order for delivery on July 16, 2013. This masterfully crafted horror classic, featuring a brand-new introduction by Dan Simmons, will bring you to the edge of your seat, hair standing on end and blood freezing in your veins

It’s the summer of 1960 and in the small town of Elm Haven, Illinois, five twelve-year-old boys are forging the powerful bonds that a lifetime of change will not break. From sunset bike rides to shaded hiding places in the woods, the boys’ days are marked by all of the secrets and silences of an idyllic middle-childhood. But amid the sundrenched cornfields their loyalty will be pitilessly tested. When a long-silent bell peals in the middle of the night, the townsfolk know it marks the end of their carefree days. From the depths of the Old Central School, a hulking fortress tinged with the mahogany scent of coffins, an invisible evil is rising. Strange and horrifying events begin to overtake everyday life, spreading terror through the once idyllic town. Determined to exorcize this ancient plague, Mike, Duane, Dale, Harlen, and Kevin must wage a war of blood—against an arcane abomination who owns the night…

I included this deal because it looked interesting, was well reviewed, and available at more than one retailer. 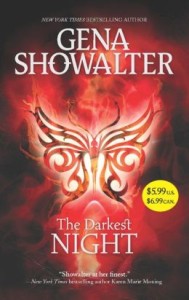 All her life, Ashlyn Darrow has been tormented by voices from the past. To end the nightmare, she has come to Budapest seeking help from men rumored to have supernatural abilities, not knowing she’ll be swept into the arms of Maddox, their most dangerous member—a man trapped in a hell of his own.

Neither can resist the instant hunger that calms their torments?and ignites an irresistible passion. But every heated touch and burning kiss will edge them closer to destruction—and a soul-shattering test of love?.

Negative reviews point to the weakness of the female protagonists. If you can overlook that, this might be a fulfilling read.