Daily Deals: The Westerns are coming 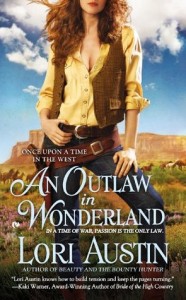 BEAUTY AND THE BOUNTY HUNTER

Cathleen Chase is no killer—but as Cat O’Banyon, she is a ruthless bounty hunter who always gets her man. Catching one lowlife after another, she continues her search for the only man she really cares to locate. The one whose voice she will never forget; the man who murdered her husband. She’ll stop at nothing to find him. Con artist Alexi Romanov taught Cat every trick she knows. He is a master of deceit, disguise, and desire. He’s difficult to trust, and even more difficult to resist, but he has news she can’t ignore. The man she’s after has placed a bounty on her head. To get him before he gets her, she’ll have to team up with Alexi again. And just like before, the two of them together are nothing but trouble.

AN OUTLAW IN WONDERLAND

Saving soldiers’ lives at the Confederate army hospital Chimborazo, Annabeth Phelan is no ordinary Southern belle. She’s never known work more exhausting or rewarding. And she’s never known a man like Dr. Ethan Walsh, with his disarming gray eyes and peculiar ways. But now the Confederacy is charging her with another service: find the Union spy at Chimborazo. Ethan’s one passion is saving lives, and if he can do that by helping to end the war, he will—even if it means spying for the North. He’s gotten used to fooling Confederates, but he can’t bear lying to Annabeth. And together, they are about to discover a new passion—one that could even transcend the chaos of war.

The Westerns are coming or so I’ve been told. I wonder if Jayne would like this book. The author is Lori Handeland who wrote a werewolf series that Jayne enjoyed.

The first in the series is $2.99 (Beauty and the Bounty Hunter: Once Upon a Time in the West (ONCE UPON A TIME IN WEST) by Lori Austin) 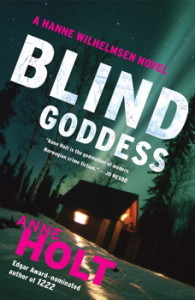 A small-time drug dealer is found battered to death on the outskirts of the Norwegian capital, Oslo. A young Dutchman, walking aimlessly in central Oslo covered in blood, is taken into custody but refuses to talk. When he is informed that the woman who discovered the body, Karen Borg, is a lawyer, he demands her as his defender, although her specialty is civil, not criminal, law. A couple of days later, Hansa Larsen, a lawyer of the shadiest kind, is found shot to death. Soon police officers Håkon Sand and Hanne Wilhelmsen establish a link between the two killings. They also find a coded message hidden in the murdered lawyer’s apartment. Their maverick colleague in the drugs squad, Billy T., reports that a recent rumor in the drug underworld involves drug-dealing lawyers. Now the reason why the young Dutchman insisted on having Karen Borg as a defender slowly dawns on them: since she was the one to find and report the body, she is the only Oslo lawyer that cannot be implicated in the crime. As the officers investigate, they uncover a massive network of corruption leading to the highest levels of government. As their lives are threatened, Hanne and her colleagues must find the killer and, in the process, bring the lies and deception out into the open.

This was originally published in Norway in 1993. Apparently the first translated book, however, was 1222 which introduced an older and more cynical Hanne. From the reviews, it appears that this book may have suffered some first book issues such as pacing which the author improved upon in later novels. 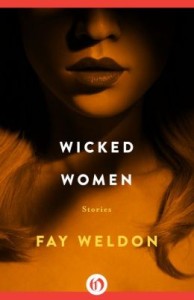 A New York Times Notable Book of the Year, Wicked Women brings together twenty tales that lay bare the minds and hearts of men, women, and children.

Victims, liberators, blackmailers, healers, and ghosts—they’re just a few of the fascinating men and women you’ll meet in this stellar, boundary-defying anthology.

From a heartless lover to a therapist who’s exposed for being a child hater, Weldon’s characters search for meaning, betray their vows, take pleasure in others’ misfortunes, or get pushed out of the family manse by their grasping offspring.

Whether she’s depicting a child’s reaction to the chaotic lives of her parents, or envisioning a terrifying futuristic society, Fay Weldon wields her prolific pen like a sword. In a pre-apocalyptic world where nothing is sacred, Wicked Women reveals the infinite ability of men and women to wound, to grieve, and to love.

Fay Weldon is the latest author to be released digitally through Open Road Media. Their prices for ebooks are generally above $7.99 but they also have quite a few discounted sales. A few Weldon stories are promo priced at $2.99. Library Journal says “Delivering these themes with varying degress of satire, sincerity, and subtlety, she offers intricate moments in the lives of defeated lovers, insecure cuckolds, perplexed offspring, daring widow/ers, keen children, and underdogs who overcome the oppression of love. Weldon brings together all facets of the relationship race with a unique mastery, using sharp and cultivated prose.” 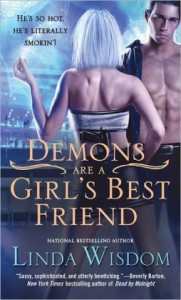 A bewitching woman on a mission…

Feisty witch Maggie enjoys her work as a paranormal law enforcement officer-that is, until she’s assigned to protect a teenager with major attitude and plenty of Mayan enemies. Maggie’s never going to survive this assignment without the help of a half-fire demon who makes her smolder…

A hotter-than-sin hero with an agenda…

Declan is proprietor of an underground club and busy demon portal. No way he’ll allow his demon race to be blamed for the malicious acts of some crazy evil Mayans. But he’s already got his hands full when the sexy witch offers him a challenge he can’t refuse…

PW says “The two are drawn together by dreams and visions, allowing them to express their mutual interest even as they distrust each other in the real world. Romance and sex are firmly grounded with issues of family relations and friendship, giving this supernatural romp broad appeal.”