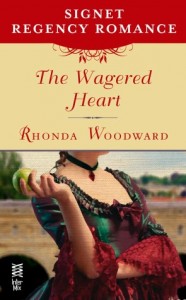 For “historically accurate writing that shines” (All About Romance) look no further than this classic Rhonda Woodward Signet Regency Romance.

Miss Julia Allard is enjoying an afternoon of shopping in town when a handsome stranger catches up to her. Before she knows what’s happening, she is in his arms being kissed! Miss Allard slaps her assailant, the Duke of Kelbourne, but not before her reputation is tarnished…and the memory of his passionate kiss is sealed on her lips. Cutting her Season short, she returns home to Bath to concoct an elaborate revenge. But little does she know that the duke has some rakish plans of his own…

Don’t miss Rhonda Woodward’s classics, A Spinster’s Luck and A Hint of Scandal–available in eBook from InterMix.

This is the subject of mixed reviews. The most helpful on Amazon suggests that the pacing is slow. 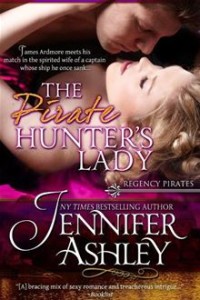 Diana Worthing finds herself spirited away and questioned by James Ardmore, pirate hunter, because she possesses a secret that could lead to a deadly pirate James seeks. But when sparks fly, Ardmore pins her to the wall and asks her to sail away with him, and the temptation is great. James lets her go but the next year finds himself stranded at her home, at her mercy, and the sparks just as hot… 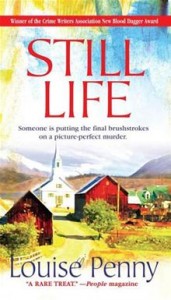 Chief Inspector Armand Gamache of the Surêté du Québec and his team of investigators are called in to the scene of a suspicious death in a rural village south of Montreal. Jane Neal, a local fixture in the tiny hamlet of Three Pines, just north of the U.S. border, has been found dead in the woods. The locals are certain it’s a tragic hunting accident and nothing more, but Gamache smells something foul in these remote woods, and is soon certain that Jane Neal died at the hands of someone much more sinister than a careless bowhunter.
Still Life introduces not only an engaging series hero in Inspector Gamache, who commands his forces—and this series—with integrity and quiet courage, but also a winning and talented new writer of traditional mysteries in the person of Louise Penny. 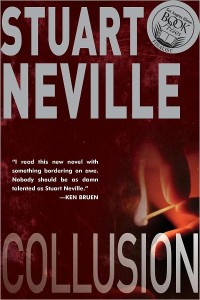 When Detective Inspector Jack Lennon tries to track down his former lover Marie McKenna and their daughter, his superiors tell him to back off. But now an assassin stalks Belfast, tying up loose ends for a vengeance-driven old man. As Lennon unravels a conspiracy that links his daughter to a killer named Fegan, the line between friend and enemy blurs.

Neville is a celebrated thriller author whose work is primarily set in Ireland. This is the second book in the Jack Lennon series. $3.99 at Amazon and Google Play (for those who need an ePub version)