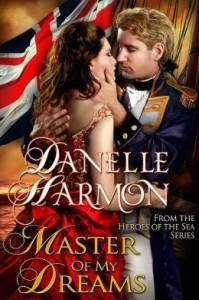 Master of My Dreams by Danelle Harmon. $ .99

England, 1775: When nobly-born Captain Christian Lord is given command of the Royal Navy frigate HMS Bold Marauder, the disciplined and highly-esteemed English officer never dreams that a crew on the brink of mutiny will be the least of his troubles as he heads to Boston to subdue pirates and rebels. Haunted by nightmares and a tragic past, Christian is loyal to King and Country . . . never imagining that his gravest danger could come in the form of a beautiful stowaway who secretly plots his destruction. For also onboard is sensuous Irishwoman Deirdre O’ Devir . . . determined to avenge her brother’s forced enlistment into the Royal Navy, and now, as near as a whisper to the blackguard responsible. But the best laid plans go awry, and when Deirdre realizes that behind Christian’s haughty, aloof façade beats a tender heart, she finds herself falling in love with her handsome enemy in this tender, emotional, and unforgettable tale of love and passion by the bestselling author of the critically acclaimed de Montforte Brothers series.

Originally published in 1993. There are only few reviews. The one three star review knocks the book for the implausible coincidences that bring the couple together. 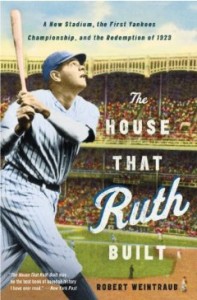 The House That Ruth Built: A New Stadium, the First Yankees Championship, and the Redemption of 1923 by Robert Weintraub. $ 2.99

The untold story of Babe Ruth’s Yankees, John McGraw’s Giants, and the extraordinary baseball season of 1923

Before the 27 World Series titles–before Joe DiMaggio, Mickey Mantle, and Derek Jeter-the Yankees were New York’s shadow franchise. They hadn’t won a championship, and they didn’t even have their own field, renting the Polo Grounds from their cross-town rivals the New York Giants. In 1921 and 1922, they lost to the Giants when it mattered most: in October.

But in 1923, the Yankees played their first season on their own field, the newly-built, state of the art baseball palace in the Bronx called “the Yankee Stadium.” The stadium was a gamble, erected in relative outerborough obscurity, and Babe Ruth was coming off the most disappointing season of his career, a season that saw his struggles on and off the field threaten his standing as a bona fide superstar.

It only took Ruth two at-bats to signal a new era. He stepped up to the plate in the 1923 season opener and cracked a home run to deep right field, the first homer in his park, and a sign of what lay ahead. It was the initial blow in a season that saw the new stadium christened “The House That Ruth Built,” signaled the triumph of the power game, and established the Yankees as New York’s-and the sport’s-team to beat.

From that first home run of 1923 to the storybook World Series matchup that pitted the Yankees against their nemesis from across the Harlem River-one so acrimonious that John McGraw forced his Giants to get to the Bronx in uniform rather than suit up at the Stadium-Robert Weintraub vividly illuminates the singular year that built a classic stadium, catalyzed a franchise, cemented Ruth’s legend, and forever changed the sport of baseball.

It’s spring baseball time. This book sounds like a great gift book. At Amazon and BN you can gift a book and set the date of delivery. 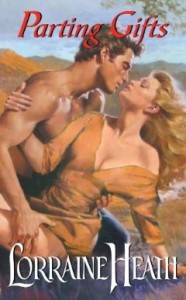 Marrying Maddie, a woman who works in a brothel in order to survive, widower Charles Lawson hopes to provide his three children with a loving mother until his terminal illness causes him to arrange a match between Maddie and his brother.

Some of Heath’s older books were her best. This is a super angsty read because Charles and Maddie are together and while she doesn’t know he is dying, Charles’ brother Jesse does. Maddie and Jessie have sparking sexual tension despite Charles and Maddie’s relationship.

Do you see where this is going? 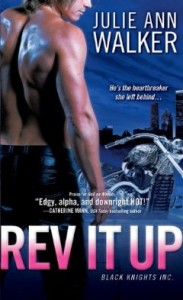 He Never Misses A Target

Jake “the Snake” Sommers earned his SEAL code name by striking quickly and quietly-and with lethal force. That’s also how he broke Michelle Carter’s heart. It was the only way to keep her safe-from himself. Four long years later, Jake is determined to get a second chance. But to steal back into Michelle’s loving arms, Jake is going to have to prove he can take things slow. Real slow…

She Aims To Make Him Beg

Michelle Carter has never forgiven Jake for being so cliché as to “love her and leave her.” But when her brother, head of the Black Knights elite ops agency, ticks off the wrong mobster, she must do the unimaginable: place her life in Jake’s hands. No matter what they call him, this man is far from cold-blooded. And once he’s wrapped around her heat, he’ll never let her go…

This didn’t work for me but maybe it was because I had read too many Walker books in a row and they started sounding the same. A newbie to Walker might very well enjoy this novel and at the price, it’s a less painful why to discover a new author.