Daily Deals: The Giver by Lois Lowry and three romances $2.99 and under 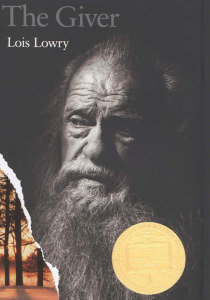 In a world with no poverty, no crime, no sickness and no unemployment, and where every family is happy, 12-year-old Jonas is chosen to be the community’s Receiver of Memories. Under the tutelage of the Elders and an old man known as the Giver, he discovers the disturbing truth about his utopian world and struggles against the weight of its hypocrisy. With echoes of Brave New World, in this 1994 Newbery Medal winner, Lowry examines the idea that people might freely choose to give up their humanity in order to create a more stable society. Gradually Jonas learns just how costly this ordered and pain-free society can be, and boldly decides he cannot pay the price. 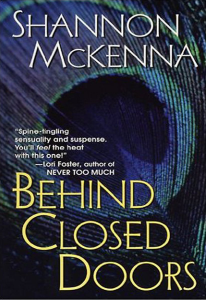 Behind Closed Doors by Shannon McKenna. $2.99.

Surveillance expert Seth Mackey knows everything about the women his millionaire boss Victor Lazar toys with–and tosses aside. But Lazar’s latest plaything, Raine Cameron, is different. Beautiful. Vulnerable. And innocent. Just looking at her triggers a white-hot passion Seth can barely control as night after night, he watches her on a dozen different video screens. Raine is pure temptation, but Seth can’t slip up: he’s convinced Lazar had his half-brother murdered. His secret investigation–and his life–are on the line. But then he finds out that Raine may be Lazar’s next victim…

Mandi from Smexybooks read her first Shannon McKenna, the ARC of One Wrong Move, and is now hooked. She pointed out that this title is on sale for $2.99. It’s definitely a good price to become acquainted with McKenna’s voice. Note, price reduction may only be represented at Amazon. 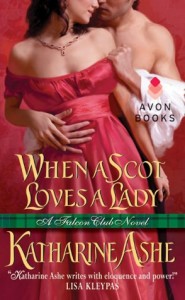 London gossips are asking: What use has society of an exclusive gentleman’s club if no gentlemen are ever seen to pass through its door?

After years as an agent of the secret Falcon Club, Lord Leam Blackwood knows it’s time to return home to Scotland. One temptation threatens his plans—Kitty Savege, who warms his blood like a dram of fine whiskey. But a dangerous enemy stands in the way of desire, and to beat this foe Leam needs Kitty’s help . . .

Kitty never wanted to spend her holidays in a wretched country village! With snow up to the windows, escape is nowhere in sight. A roguish Scottish lord, however, is. His rough brogue sends heat from Kitty’s frigid toes to her chilled nose, but she’s confident she can withstand that. What she cannot control is the reaction of her guarded heart when she discovers this beast is no beast at all . . .

I can’t recall if this is a deal I posted before, but it seemed too good of one not to mention. 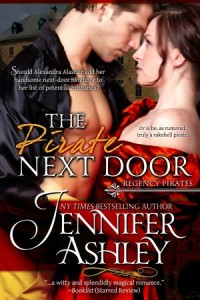 This is a full-length novel of 90,000 words. The Pirate Next Door is a lively take on both the Regency and Pirate genres, with humor, spice, sexy pirates, battles at soirees, and heartwarming romance.

Mayfair, London, 1810: Alexandra Alastair, a respectable young English widow, wonders if she dare add the new viscount who’s moved in next door to her list of potential husbands.

He certainly doesn’t look like the gentlemen on her list—Grayson Finley, Viscount Stoke, is tall and sun-bronzed, muscular and blue-eyed. He wears dress so casual as to be unclothed—long coats, leather breeches, shirts without collar or cravat, and he carries pistols wherever he goes. The men who attend him are just as strange, exotic-looking, even. And the way Grayson smiles at Alexandra whenever they pass in the street—sinful, blood-warming—turns her inside out.

These are digital backlist titles being re-released by the author. In the next couple of days, I’ll be featuring all three of the Regency Pirate books. It is $.99 at B&N and $2.99 at Kobo.