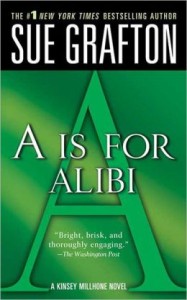 When Laurence Fife was murdered, few mourned his passing. A prominent divorce attorney with a reputation for single-minded ruthlessness on behalf of his clients, Fife was also rumored to be a dedicated philanderer. Plenty of people in the picturesque southern California town of Santa Teresa had a reason to want him dead. Including, thought the cops, his young and beautiful wife, Nikki. With motive, access, and opportunity, Nikki was their number-one suspect. The jury thought so, too.

Eight years later and out on parole, Niki Fife hires Kinsey Millhone to find out who really killed her late husband.

A trail that is eight years cold. A trail that reaches out to enfold a bitter, wealthy, and foul-mouthed old woman and a young boy, born deaf, whose memory cannot be trusted. A trail that leads to a lawyer defensively loyal to a dead partner–and disarmingly attractive to Millhone; to an ex-wife, brave, lucid, lovely–and still angry over Fife’s betrayal of her; to a not-so-young secretary with too high a salary for too few skills–and too many debts left owing: The trail twists to include them all, with Millhone following every turn until it finally twists back on itself and she finds herself face-to-face with a killer cunning enough to get away with murder.

While this price is a little higher than a deal I’d normally post, the Alphabet series appears to be discounted to $3.99 from A to O. Every book starting after P is $7.99 or up. 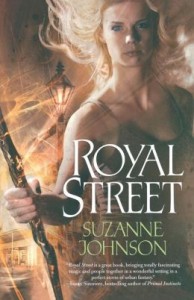 Royal Street by Suzanne Johnson is the fun, fast-paced first book in the Sentinels of New Orleans, a series of urban fantasy novels filled with wizards, mermen, and pirates. These novels are perfect for readers of paranormal fiction and “fans of Charlaine Harris and Cat Adams” (Booklist) and RT Bookreviews agrees that “for readers missing Sookie Stackhouse, this series may be right up your alley.”

As the junior wizard sentinel for New Orleans, Drusilla Jaco’s job involves a lot more potion-mixing and pixie-retrieval than sniffing out supernatural bad guys like rogue vampires and lethal were-creatures. DJ’s boss and mentor, Gerald St. Simon, is the wizard tasked with protecting the city from anyone or anything that might slip over from the preternatural beyond.

While winds howled and Lake Pontchartrain surged, the borders between the modern city and the Otherworld crumbled. Now, the undead and the restless are roaming the Big Easy, and a serial killer with ties to voodoo is murdering the soldiers sent to help the city recover.

To make it worse, Gerry has gone missing, the wizards’ Elders have assigned a grenade-toting assassin as DJ’s new partner, and undead pirate Jean Lafitte wants to make her walk his plank. The search for Gerry and for the serial killer turns personal when DJ learns the hard way that loyalty requires sacrifice, allies come from the unlikeliest places, and duty mixed with love creates one bitter gumbo.

Nicole at the Bookpushers gave this a B- <em>I thought the world building was really interesting as well. I can’t wait to find out more about the beyond and the different supernatural beings. I liked the twist on the undead, and how some famous people from history made an appearance in the book. One of my favorite characters in the book was the pirate Jean Lafitte. He was so funny and brought such a light comedic relief to the overall somber story.</em> 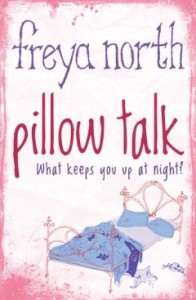 By day, Petra Flint is a talented jeweler working in a lively London studio. By night, she’s a sleepwalker troubled by a past she can’t put to bed and a present that leaves her clinging to an unsuitable boyfriend. Arlo Savidge was once a budding heartthrob musician. Then tragedy struck and he chose to forsake stardom and all future affairs of the heart for a quiet life in the countryside as a music teacher.

Petra and Arlo haven’t seen each other since they were teenagers-when their feelings ran deep but the timing wasn’t right. Now, seventeen years later, they run into each other once more. Might first love get a second chance-or will what keeps them up at night keep them apart forever?

You may want to hit up an excerpt before you commit to buying this even at the discounted price because apparently the author changes verb tenses (present and past) and point of views (first to third person).  The reviews vary quite a bit on this with people calling it everything from a trashy novel to a boring book. The tense/point of view shifts would drive me batty though. 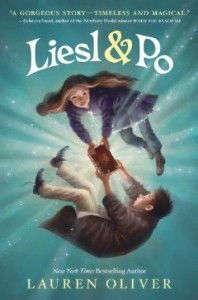 Liesl lives in a tiny attic bedroom, locked away by her cruel stepmother. Her only friends are the shadows and the mice—until one night a ghost appears from the darkness. It is Po, who comes from the Other Side. Both Liesl and Po are lonely, but together they are less alone.

That same night, an alchemist’s apprentice, Will, bungles an important delivery. He accidentally switches a box containing the most powerful magic in the world with one containing something decidedly less remarkable

Will’s mistake has tremendous consequences for Liesl and Po, and it draws the three of them together on an extraordinary journey.

From New York Times bestselling author Lauren Oliver comes a luminous and magnificent novel that glows with rare magic, ghostly wonders, and a true friendship that lights even the darkest of places.

Tot and I read this together last year and enjoyed it. 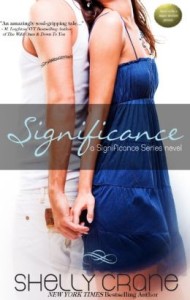 Maggie is a seventeen year old girl who’s had a bad year. She was smart and on track but then her mom left, her dad is depressed, she’s graduating, barely, and her boyfriend of almost three years dumped her for a college football schalorship. Lately she thinks life is all about hanging on by a thread and is gripping tight with everything she has. Then she meets Caleb. She saves his life and instantly knows there’s something about him that’s intriguing but she is supposed to be on her way to a date with his cousin. But things change when they touch, sparks ignite. Literally. They imprint with each other and she sees their future life together flash before her eyes. She learns that not only is she his soul mate, and can feel his heartbeat in her chest, but there is a whole other world of people with gifts and abilities that she never knew existed. She herself is experiencing supernatural changes unlike anything she’s ever felt before and she needs the touch of his skin to survive. Now, not only has her dad come out of his depression to be a father again, and a pain as well, but Caleb’s enemies know he’s imprinted and are after Maggie to stop them both from gaining their abilities and take her from him. Can Caleb save her or will they be forced to live without each other after just finding one another?

This is “book 1” so I’m not sure if there is a cliffhanger but even the five star reviews say that the proof-reading and editing is bad so even though this is a freebie, it’s definitely a buyer beware.