There are two really great deals on Amazon that I have to mention. (Don’t forget you can use the Kobo code to get discounts on these books. Sept50). 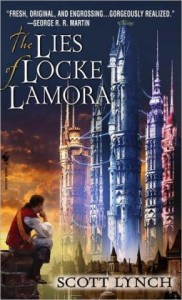 “Remarkable . . . Scott Lynch’s first novel, The Lies of Locke Lamora, exports the suspense and wit of a cleverly constructed crime caper into an exotic realm of fantasy, and the result is engagingly entertaining.”—The Times (London)

An orphan’s life is harsh—and often short—in the mysterious island city of Camorr. But young Locke Lamora dodges death and slavery, becoming a thief under the tutelage of a gifted con artist. As leader of the band of light-fingered brothers known as the Gentleman Bastards, Locke is soon infamous, fooling even the underworld’s most feared ruler. But in the shadows lurks someone still more ambitious and deadly. Faced with a bloody coup that threatens to destroy everyone and everything that holds meaning in his mercenary life, Locke vows to beat the enemy at his own brutal game—or die trying

You don’t often see a sale from Random House. This is a highly rated/reviewed fantasy novel. Sounds like it is worth the risk at 99c. 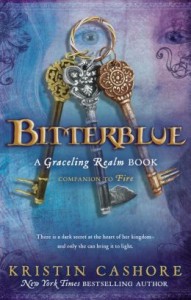 Enter the Graceling Realm and let it work its magic . . .

When Queen Bitterblue took the throne of Monsea, she was a child, and her advisers ran the kngdom for her. Now she is beginning to question their decisions, especially how they handle the legacy of her father Leck, who who ruled through his Grace—a special talent for mind-altering—and his taste for darkness and violence. Bitterblue needs to know Monsea’s past to lead it into the future, so she begins exploring the city sreets at night, disguised and alone. As she does, she meets two thieves, who hold a key to the truth of Leck’s reign. And one of them, with a Grace that he hasn’t yet identified, holds a key to her heart.

Bitterblue is unforgettable—a gateway to the Graceling Realm that braids together magic, memory, and romance.

This is the second in a series, a follow up to Graceling 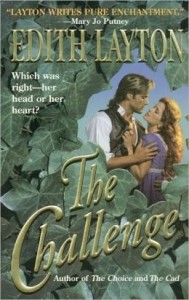 Wealthy, handsome, and devastatingly charming, the expatriate Viscount Hathaway Wycoff could easily win most women’s affections. But the lovely Lucy Stone isn’t most women. Though the self-respecting beauty is drawn to him, she refuses to give in to passion. Once before Lucy had followed her heart–a journey that took her to America and left her there a penniless young widow and mother.

A rich relative unexpectedly offers Lucy and her son passage back to England, answering her longtime prayer. She doesn’t want to leave Wycoff, but given his scandalous reputation, it seems the right choice. Wycoff promises he will change to win her, but Lucy cannot allow herself to believe him. When a devious plot threatens all Lucy holds dear, she must turn to the man she’s vowed not to trust. Neither knows what final destination fate has in store–but they are willing to risk everything to find out.

Originally published by HarperTorch in 2000. The negative reviews say that the book is rather dull but that the hero is superb. TOO WILDE TO TAME
Mia Wilde has a reputation for being too wild to tame, but that doesn’t mean she’s going to let someone get away with distributing provocative photographs of her. She needs to find out who is threatening her before her overprotective brothers find out. For that, she’s going to enlist the help of private investigator Cameron Sinclair – – the one man who seems immune to her flirtatious and outrageous personality. But Mia soon learns that appearances can be very deceiving.

BORN TO BE WILDE
Ex-Marine turned security specialist Joel Wilde thrives on the high-wire thrills that come with his job. And he isn’t about to give all that up to settle down – – not even with a sexy woman like Lora Marshall. Which means that while he’s protecting her from a violent gang, he’ll need to set a few ground rules to keep things professional. Good thing he’s always been a rule-breaker at heart.

WILDE FOR HIM
Ex-Marine and security agent Ben Cabrera isn’t going to complain about his latest assignment protecting the daughter of a gubernatorial candidate. After all, spending 24/7 with Christy Delacroix isn’t exactly a chore. But it turns out that Christy’s seduction tactics are top notch and it soon becomes impossible to keep things strictly professional . . .

Where these books Harlequin Blazes at one time? I can’t recall. But 99c for three of them seems like a good deal.