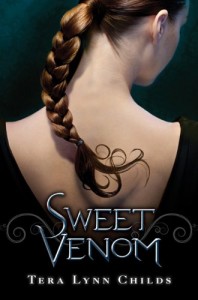 Grace just moved to San Francisco and is excited to start over at a new school. The change is full of fresh possibilities, but it’s also a tiny bit scary. It gets scarier when a minotaur walks in the door. And even more shocking when a girl who looks just like her shows up to fight the monster.

Gretchen is tired of monsters pulling her out into the wee hours, especially on a school night, but what can she do? Sending the minotaur back to his bleak home is just another notch on her combat belt. She never expected to run into this girl who could be her double, though.

Greer has her life pretty well put together, thank you very much. But that all tilts sideways when two girls who look eerily like her appear on her doorstep and claim they’re triplets, supernatural descendants of some hideous creature from Greek myth, destined to spend their lives hunting monsters.

These three teenage descendants of Medusa, the once-beautiful Gorgon maligned in myth, must reunite and embrace their fates in this unique paranormal world where monsters lurk in plain sight.

This author won a RITA for Oh My Gods or something like that. Not that the RITA is an indicator of quality for this book. According to the most helpful review, this is Charmed with Greek mythology and the Medusa characters are pretty defanged. 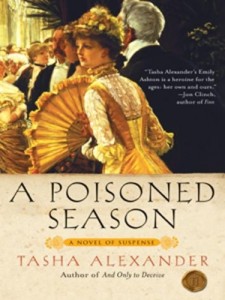 London’s social season is in full swing, and Victorian aristocracy is atwitter over a certain gentleman who claims to be the direct descendant of Louis XVI and Marie Antoinette. Adding to their fascination with all things French, an audacious cat burglar is systematically stealing valuable items that once belonged to the ill–fated queen.

But things take a dark turn. The owner of one of the pilfered treasures is found murdered after the theft is reported in the newspapers, and the mysterious thief develops a twisted obsession with Lady Emily Ashton. It takes all of Lady Emily’s wit and perseverance to unmask her stalker and ferret out the murderer, while faced with a brewing scandal that threatens both her reputation and her romance with the dashing Colin Hargreaves.

I don’t really get the discounting of a number two in a series but maybe number one was discounted a while back. Jayne reviewed this book here:

The book progresses slowly, as seems fitting for the setting, yet I couldn’t stop reading and was glued to it for last 50 odd pages. I felt that it seemed realistic that Em will face some public censure for her eccentric actions yet also makes sense that her dragon of a mother can tip the scales in Em’s favor — tea with the Queen ought to be enough to silence any busybodies. And though sad, it makes sense that her pursuit of her studies and growing dissatisfaction with restrictions of Victorian life would cause some rifts with Ivy who is trying to make her own way as a young matron and wife of a man with political ambitions. 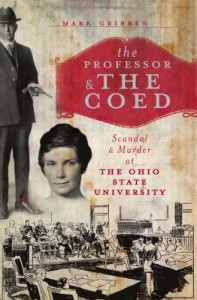 The Professor and the Coed: Scandal and Murder at the Ohio State University by Mark Gribben. $2.99.

In the sweltering summer of 1929, the people of Columbus, Ohio, were enthralled by news of the Ohio State University veterinary professor and Olympic gold medal–winning pistol shooter on trial for the murder of his twenty-four-year-old lover, who was a medical student. Local writer Mark Gribben reveals how Dr. James Howard Snook was captured and interrogated, including his gory confession of Theora Hix’s death. During the trial, the details of the illicit love affair were so salacious that newspapers could only hint about what really led to the coed’s murder and the professor’s ultimate punishment. For the first time, read the full account of this astonishing story, from scandalous beginning to tragic end.

Someone fill me on the details. What is so salacious that the newspapers could only hint at it? 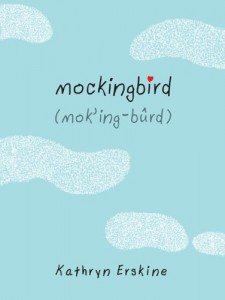 Caitlin has Asperger’s. The world according to her is black and white; anything in between is confusing. Before, when things got confusing, Caitlin went to her older brother, Devon, for help. But Devon has died, and Caitlin’s dad is so distraught that he is just not helpful. Caitlin wants everything to go back to the way things were, but she doesn’t know how to do that. Then she comes across the word closure- and she realizes this is what she needs. And in her search for it, Caitlin discovers that the world may not be black and white after all.

Looks like a wonderful book to read with the tot.