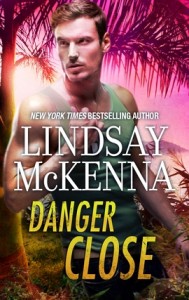 Placing women in ground combat is only a test for Congress, but for volunteer Corporal Cathy Fremont it’s life…and probably death. In the exotic jungles of Thailand, she’s trapped in a hotbed of deception and abuse because the enemy she can’t escape is on her side of the battle line. One risk she doesn’t need is an alliance with a marine, but trusting intense Captain Jim Boland might be her only chance of survival.

Caught in the crosshairs of danger and political intrigue, Jim must sacrifice his hidden agenda to protect the woman who reawakens the passion inside him. But deadly corruption is closer than they think, and may destroy them both. 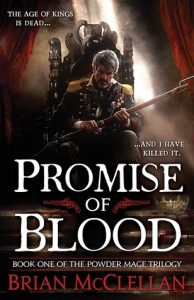 It’s a bloody business overthrowing a king…
Field Marshal Tamas’ coup against his king sent corrupt aristocrats to the guillotine and brought bread to the starving. But it also provoked war with the Nine Nations, internal attacks by royalist fanatics, and the greedy to scramble for money and power by Tamas’s supposed allies: the Church, workers unions, and mercenary forces.
It’s up to a few…
Stretched to his limit, Tamas is relying heavily on his few remaining powder mages, including the embittered Taniel, a brilliant marksman who also happens to be his estranged son, and Adamat, a retired police inspector whose loyalty is being tested by blackmail.

But when gods are involved…
Now, as attacks batter them from within and without, the credulous are whispering about omens of death and destruction. Just old peasant legends about the gods waking to walk the earth. No modern educated man believes that sort of thing. But they should..

Cool cover, cool tagline. There are a few reviews (both positive and negative) that point to the author’s irritating lack of pronoun usage. Instead the author repeats the character’s names over and over when a simple s/he would have sufficed.

Three siblings searching for the truth about their family are about to find more than they bargained for.

When shy and reserved Maggie Ferringer was called for jury duty, she never expected to be kidnapped by an escaped convict. But when Cain Cannon, disguised as a prison guard, pulls a gun, she has no choice but to be taken hostage. Cain claims that he’s innocent of killing his girlfriend six years ago and now he wants revenge on the people who put him behind bars.

Soon, Maggie becomes more than just a hostage to Cain. As they slowly begin to share the secrets of their respective pasts, Maggie discovers that she wants to fight for Cain’s freedom—because he just might be the kind of man she could love.

Originally published by Signet under the penname Alicia Scott. 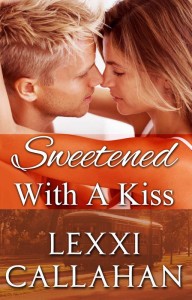 Jen Taylor has loved Stefan Sellers all her life. When he surprised her with an engagement ring, she thought all her dreams were coming true. But when she discovers Stefan has an agenda that she never even suspected, she breaks off the engagement and goes to pastry school in Paris. Now she’s back in New Orleans, and she has no intention of marrying him for all the wrong reasons. She just has to convince him that marriage is a bad idea. If only she wasn’t having so much trouble convincing herself.

Stefan Sellers has waited years to make Jen his wife so when she wanted to go to pastry school, he decided a few more months wouldn’t matter. But six months later, the girl he picks up from the airport shows very little resemblance to the quiet, sweet girl he let fly away from him. The girl that came back from Paris is wearing five inch stilettos and waving an attitude that is laying waste to everything Stefan ever thought he knew about Jen. His calm, methodical approach to life is suddenly under siege and he can’t seem to keep his hands off her.

Set in New Orleans, Sweetened with a Kiss is a slightly steamy (well, it is New Orleans afterall) contemporary romance intended for mature audiences only.

At Tomely, you can use the discount code “DearAuthor” and get a mobi and epub version of the book. LINK HERE

I remember several bloggers enjoying this one. Both Mandi and Tori from SmexyBooks liked each character, particularly the hot male character, but wished for more communication between the hero and heroine.