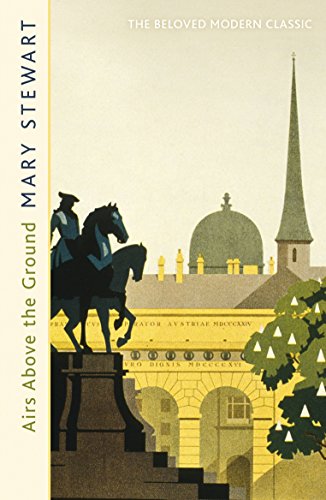 Airs Above the Ground by Mary Stewart $ 0.99

From the Jacket Copy:
Vanessa March’s husband Lewis is meant to be on a business trip in Stockholm – so why does he briefly appear in newsreel footage of a fire at a circus in Vienna, with his arm around another woman? Vanessa flies to Austria to find her husband, inadvertently becoming involved in a mystery that spans three countries… and the famous dancing stallions of the Spanish Riding School.

The moonlight flooded the meadow, blanching all colours to its own ghostly silver. The pines were very black. As the stallion rose in the last magnificent rear of the levande, the moonlight poured over him bleaching his hide so that for perhaps five or six seconds he was no longer an old broken-down piebald, but a haute école stallion of the oldest line in Europe.

I’ve filled in for Jane on the Deals posts for the last few years, but this year I didn’t think I’d have time (and I’m offline for the last week she’s gone). But then I felt guilty, and I liked doing the Deals, so here I am, at least intermittently. And how could I resist when I saw one of my favorite Mary Stewart novels for 0.99? 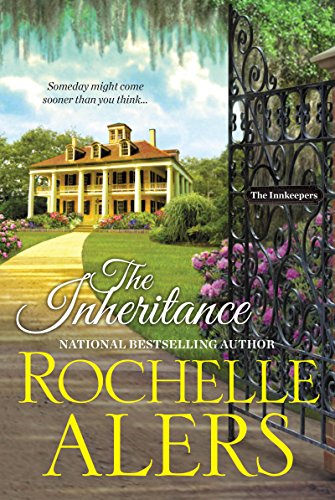 The Inheritance by Rochelle Alers $ 2.99

From the Jacket Copy:
Corporate attorney Hannah DuPont-Lowell always pictured herself returning to New Orleans to retire—just not yet. But after her Manhattan company abruptly lays off its staff, there’s no better place to figure out a next move than the porch of her plantation-style home.

Nestled in the stunning Garden District, the DuPont House has been in Hannah’s family for two centuries. With its eighteen rooms and two guesthouses, it’s far more home than widowed Hannah needs. Still, it could make a wonderful inn, especially if she can convince her friends and former coworkers Tonya, Jasmine, and Nydia to join in the venture. But in the meantime, Hannah has a high school reunion to attend…

College Professor St. John McNair, Hannah’s one-time classmate, is still the finest guy in any room. Between Hannah’s willowy, blonde beauty, and his uncanny resemblance to Marvin Gaye, they make a striking pair. And gradually, their rekindled friendship moves toward romance. Still, Hannah is too bruised by her late husband’s infidelities to trust a man again. But her friends’ arrival and encouragement just might show her a path through uncertainty—straight to a vibrant, joyful new life…

I finally read an Alers novel early this year and liked the writing a lot. This sounds like it might be romance-meets-women’s-fiction, but there’s definitely a romance storyline. From the Jacket Copy:
It’s not always easy being a female warrior with a nickname like Annwyl the Bloody. Men tend to either cower in fear–a lot–or else salute. It’s true that Annwyl has a knack for decapitating legions of her ruthless brother’s soldiers without pausing for breath. But just once it would be nice to be able to really talk to a man, the way she can talk to Fearghus the Destroyer.

Too bad that Fearghus is a dragon, of the large, scaly, and deadly type. With him, Annwyl feels safe–a far cry from the feelings aroused by the hard-bodied, arrogant knight Fearghus has arranged to help train her for battle. With her days spent fighting a man who fills her with fierce, heady desire, and her nights spent in the company of a magical creature who could smite a village just by exhaling, Annwyl is sure life couldn’t get any stranger.

And just wait until you meet the rest of the family. . .

I do not get the whole dragons thing, but I’m an outlier. This is the first book in Aiken’s Dragon Kin series. Robin/Janet gave it a meh review way back in 2009, but I know she’s a big Shelly Laurenston fan and sometimes the first installment in a series isn’t the greatest. But at 1.99 it’s worth a shot, right? Assuming you get the whole dragon thing … Daughters of Cain by Colin Dexter $ 1.99

From the Jacket Copy:
“Audacious and amusing . . . may be the best book yet in this deservedly celebrated series.”—The Wall Street Journal

It was only the second time Inspector Morse had ever taken over a murder enquiry after the preliminary—invariably dramatic—discovery and sweep of the crime scene. Secretly pleased to have missed the blood and gore, Morse and the faithful Lewis go about finding the killer who stabbed Dr. Felix McClure, late of Wolsey College. In another part of Oxford, three women—a housecleaner, a schoolteacher, and a prostitute—are playing out a drama that has long been unfolding. It will take much brain work, many pints, and not a little anguish before Morse sees the startling connections between McClure’s death and the daughters of Cain. . . .

It’s a Morse novel, what else do you need to know? I don’t remember this one offhand, but I’m sure I’ve seen the TV version, since I’ve seen all of them. Celebrate the US return of Endeavour next month by picking this up. You can never go wrong with Morse. Really.

→ Sunita
Previous article: REVIEW: I Ain’t Doin’ It: Unfiltered Thoughts From a Sarcastic Southern Sweetheart by Heather Land
Next Post: REVIEW: Teach Me (There’s Something About Marysburg Book 1) by Olivia Dade