Daily Deals: Still the One by Robin Wells and other contemporaries and historical 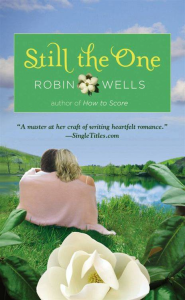 Robin Wells takes us back to Chartreuse, Louisiana, for a deeply moving story of forgiveness and second chances.

After Katie Charmaine’s husband is killed in Iraq, all she has left is a closet full of his clothes, a few pictures, and fond memories. She not only lost her love, but her last chance to have the children she’s always wanted. Until Zack Ferguson shows up in town . . . with the daughter Katie gave up for adoption nearly seventeen years ago.

Zack Ferguson has never forgotten Katie, or the one magical night they spent together. Seeing her again brings up a tidal wave of emotions: regret over the way he left her, anger at the secret she kept, and desire he hasn’t felt in years. But he’s in town for Gracie. Their daughter is sixteen, angry at the world, and-worst of all-pregnant. She needs the love of her two parents now more than ever. Can these three forgive the hurts of the past and open their hearts to each other?

If I recall correctly, I’ve read and enjoyed Robin Wells’ lighthearted contemporaries in the past. 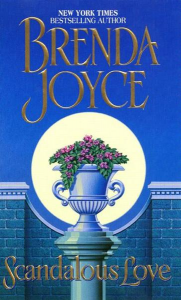 The Scorching Saga of the Braggs Continues!

Rebelliously independent Lady Nicole Bragg Shelton refuses to be constrained by the stifling rules of Victorian England. And now desire has impelled the beautiful heiress toward a shocking liaison with Hadrian Braxton-Lowell, Duke of Clayborough.

Bound by the dictates of honor and duty to another woman, Hadrian is hocked by Nicole’s daring conduct, yet entranced by her fiery free spirit and breathtaking sensuality. Though resolved to making the raven-haired beauty his mistress, he will never agree to wed her. But Nicole is no man’s plaything. And she is prepared to risk heartache in order to satisfy her wild, uncompromising passion . . . and win the dashing Duke’s unwavering loyalty and undying love.

I don’t think I’ve ever read Joyce and all I can think of when I see her name is Robin’s review where she quoted the hero as having a “club” sized penis. 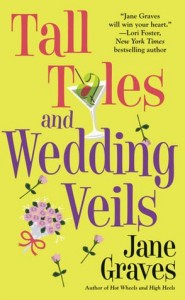 Accountant Heather Montgomery is a planner. So never in her wildest dreams did she think she’d run into sexy charmer Tony McCaffrey in Vegas, play lady luck, and celebrate his jackpot with a champagne-soaked night. And she certainly never expected to wake up the next morning married! How could this good girl pick a man whose fridge is empty and whose apartment is a disaster zone, yet still drives her so crazy with lust she can’t see straight?

Quickly hitched and happily ditched, Tony can’t wait to get back to his playboy ways. But when Heather’s family is thrilled that their no-nonsense daughter is finally in love, he proposes a plan: stay married for a month to repay his good luck charm, even though she sterilizes his toothbrush and forbids anything between the sheets. But Heather is more than he bargained for–a sharp-witted, passionate woman who just might turn his near miss into wedded bliss!

Looks like another fun opposites attract contemporary romance. One reviewer mentioned that it reminded her of “What Happens in Vegas.” 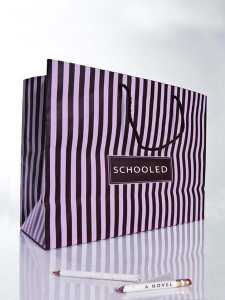 Welcome to Schooled, where even homework has a price.

Ivy-League educated Anna Taggert believes that enriching the minds of America’s youth is the greatest gift, and that landing a job at an elite Manhattan school is her lucky break. But when the grim reality of the private school hierarchy settles in, not to mention that of her meager compensation, Anna realizes that passion might not be worth the sacrifice.

Ever the optimist, Anna forges on until she discovers that the papers she grades are not the work of her students, but of their high-priced, college-educated tutors. After uncovering this underground economy, where a teacher can make the same hourly rate as a Manhattan attorney, Anna is seduced by lucrative offers–one after another. Teacher by day, tutor by night, she starts to sample the good life her students enjoy: binges at Barneys, dinners at the Waverly Inn, and a new address on Madison Avenue. Until, that is, Anna gets schooled.

Reviewers called the protagonist likeable even when she is screwing up but that the character arc is predictable.