Daily Deals: Two sports contemporaries, a CIA book, and a YA horror 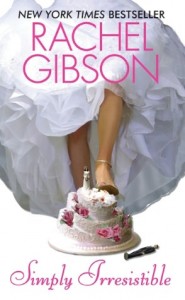 Georgeanne Howard leaves her fiancé at the altar when she realizes she can’t marry a man old enough to be her grandfather, no matter how rich he is. Hockey superstar John Kowalsky unknowingly helps her escape, and only when it’s too late does he realize that he’s absconded with his boss’s bride. This bad boy isn’t looking to be anybody’s savior but his own. Still, a long night stretches ahead of them—a night too sultry to resist temptation.

Seven years later, Georgeanne and John meet again. She is on her way to becoming Seattle’s domestic darling and he is past his hellraising days. Shocked to learn that he has a daughter, John’s determined to be part of her life. Georgeanne has loved John since the moment she jumped into his car, but will he risk the wrath of his boss, and one final chance at glory, to prove that this time his love will be everlasting?

I’m surprised we don’t have a review for this book at Dear Author but it’s likely because this book was released in 1998 before we started DA. This was the first in the Chinook books and one of the best of the hockey stories written by Gibson, but I can’t say how it would hold up today. Gibson is known for writing asshole heroes but I think I recall John being one of the nicer ones, on the Gibson scale. 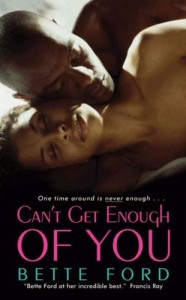 Jenna Gaines has her Ph.D., a great teaching job at her alma mater, everything she ever wanted in life . . . almost. Once upon a time she wanted Scott Hendricks, but the NBA called and he left her to become a hoops star. Now hiscareer is over, and the only man Jenna ever loved is back at her school and in her life—too many years too late, as far as she’s concerned.

Jenna would have given up her dreams to follow Scott, which was the last thing he wanted. All Scott can think about now is the taste of her lips and how it feels to caress her silky ebony skin, but Jenna won’t give him a second chance to break her heart. She will, however, let him be her backup and support when she reconnects with her long-lost brother.

But anything could happen on their fateful trip—because Scott still has the moves . . . and the magic.

Ohh, sports book. Click. Although, one review says the heroine spends a lot of time in tears which would likely irritate me. I’ll report back. 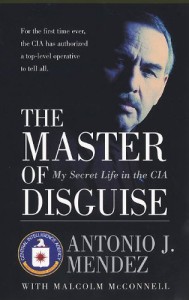 The Master of Disguise: My Secret Life in the CIA by Antonio J. Mendez. $.99.

For the first time, the CIA has authorized a top-level operative to tell all in an unforgettable behind-the-scenes look at espionage in action. an undisputed genius who could create an entirely new identity for anybody, anywhere, anytime, Antonio J. Mendez combined the cunning tricks of a magician with the analytical insight of a psychologist to help hundreds of people escape potentially fatal situations. From “Wild West” adventures in East Asia to Cold War intrigue in Moscow and helping six Americans escape revolutionary Tehran in 1980, Mendez was on the scene. Here he gives us a privileged look at what really happens in the field and behind closed doors at the highest levels of international espionage, some of it shocking, frightening, and wildly inventive–all of it unforgettable.

PW says “The book is packed with these stories, but the detail on espionage techniques his team developed can be excessively dry, and Mendez at times turns abruptly circumspect to avoid divulging current components of spycraft. Mendez offers a balanced and humanized portrait of life within the CIA, acknowledging the strain on agents’ families, and grounds his tale in the Cold War era’s historical realities, producing a volume with appeal for both spy buffs and the simply curious.” 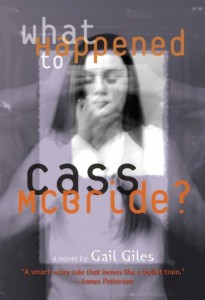 What Happened to Cass McBride by Gail Giles. $2.99.

Kyle Kirby has planned a cruel and unusual revenge on Cass McBride, the most popular girl in school, for the death of his brother David. He digs a hole. Drugs Cass. Kidnaps her. Puts her in a box-underground. He buries her alive. But Kyle makes a fatal error: Cass knows the power of words. She uses fear as her weapon to keep her nemesis talking – and to keep herself breathing during the most harrowing 48 hours of her life.

A vivid, complex, and insightful work of suspense, this fast-paced psychological thriller is “Gail Giles at her best” says Mary E. Pearson, author of A Room on Lorelei Street.

I read this book when it was released.  It was chilling. Kyle believes that Cass was the cause of his brother’s death.

“The theme of the book is the power of words. Kyle, David, and Cass have all been damaged by the words of their parents. Kyle and David’s mother has always been unsatisfied with her life and views her children as the opportunity to have success that she missed out on. Cass McBride lives with her father, the ultimate sales man, and has cut her mother totally off. She realizes, as children do, the love of one parent is conditional. She had to stay with her father in order to preserve their relationship. It’s bitter irony that the mother’s unconditional love is used against her. When Kyle kidnaps and then buries Cass alive, allowing her the ability to speak, you wonder whether Cass will be able to use her power of words to achieve survival.

The story, despite its brevity, shows that a child is so dependent upon the love and affection of their parents; that their psyches are so fragile. The nightmare that Kyle, David and Cass suffer is one seeded by their parents and nurtured by their parents. Did teenagers have responsibility for their actions? At some point, yes, of course, they did, but you come away with the feeling that tragedy was inevitable.”