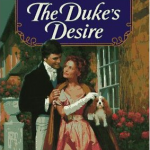 I profiled a different June Calvin Signet Regency here. This is a pre order for ovember 13, 2012. Hard to say whether this is worth it. There are no Amazon reviews and it has only a 2.83 rating on Goodreads.

The death of the Viscountess Deborah Silverton’s hated husband left her with the vow to never wed again. Yet she wishes her beautiful 16-year-old daughter Jenifer safely married. Fortunately, the wealthy Duke of Harwood is in need of a mate. The only dilemma is Deborah herself, and her secret feelings for the Duke. 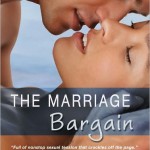 The Marriage Bargain by Jennifer Probst. $.60.

Even though I didn’t love the book, Kobo is selling it at 80% off with the coupon code romance80. I have to pass that deal along to the DA Readers!

A marriage in name only…

To save her family home, impulsive bookstore owner, Alexa Maria McKenzie, casts a love spell. But she never planned on conjuring up her best friend’s older brother—the powerful man who once shattered her heart.

Billionaire Nicholas Ryan doesn’t believe in marriage, but in order to inherit his father’s corporation, he needs a wife and needs one fast. When he discovers his sister’s childhood friend is in dire financial straits, he’s offers Alexa a bold proposition.

A marriage in name only with certain rules: Avoid entanglement. Keep things all business. Do not fall in love. The arrangement is only for a year so the rules shouldn’t be that hard to follow, right? 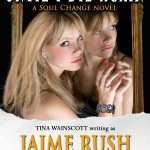 This was originally published as On the Way to Heaven by Tina Wainscott, from St. Martin’s Press, 1995. New York Times bestselling author Jaime Rush is a pseudonym for Tina Wainscott, author of 18 novels for St. Martin’s Press and Harlequin. Her books have won the Romance Writers of America’s Golden Heart award, RT Bookclub’s Best Romantic Suspense with Paranormal Elements Award, and the Maggie.

Be careful what you wish for … .

Chris Copestakes’s young life ends in a second filled with twisting metal, shattering glass, and her own terrified cry.

Against all odds, Chris wakes up in the hospital and discovers she’s been given a second chance. But there’s a catch. A big one. She’s been returned to earth in the body of beautiful Hallie DiBarto, the soon-to-be-ex wife of a wealthy resort owner.

Thrust into an unfamiliar world of glittering prestige, Chris struggles to hide her identity and make a new life for herself. But the self-destructive Hallie left a legacy of dangerous secrets and angry people for Chris to deal with. And when she finds herself falling for Jamie DiBarto—a man both husband and stranger—her new life becomes wonderful and precarious. Because lurking in the past, both hers and Hallie’s, is a danger that could end it all. 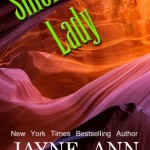 This book is regularly priced at $4.99 most places but using Kobo’s coupon code ac4auto45 you can buy it for $2.74. Shield’s Lady is one of JAK’s early books and I can’t recall if I ever read it but some of my most beloved JAK reads are her earliest works.