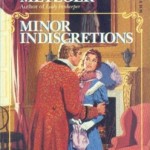 Pre order. October 9, 2012. One Amazon reviewer said “What pleases me the most; is that the essence of a regency remains. The writing is clever and the dialogue witty. I’ve read two of her books so far (the other ~ Lord Heartless ~ Recommended) and look forward to more. It’s always a treat when you find a writer of this quality.”

IT WAS PROVING QUITE HARD TO SEDUCE A WOMAN WITH HER MOTHER NEARBY, MUCH LESS A COOK AND NANNY!

Though barely out of the schoolroom, Melody Ashton was determined to save her family from scandal. Her poor Mama was suspected of pilfering contributions sent for several “orphans”—actually the illegitimate children of the town—placed in her care. To make matters worse, the infuriatingly handsome Lord Coe had accused them all of blackmailing his sister, whose child resided with them. 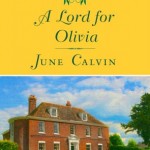 Goodreads reviewer, Laura, called the hero insipid but an Amazon referrer says that he is a third son with only a courtesy title who wants nothing more than to be a country farmer. Sounds different.

A fresh Signet Regency romance “with a twist” (The Romance Reader), June Calvin’s popular escapade is available as an e-book for the first time.

Olivia Ormhill hasn’t trusted a man since she was deceived by her betrothed. Yet there’s something special about the destitute but dashing Lord Edmund. A rakish opportunist, perhaps, but he’s also disarmingly forthright and devilishly appealing. But when her former fiancé returns to take the hot-tempered bluestocking for himself, both Olivia and Edmund must decide what their unspoken passion is worth, and whether they’re willing to wager their hearts for it. 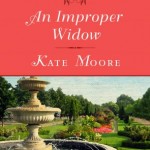 Pre order. Release date July 10, 2012. Moore is a Rita finalist and the Library Journal had this to say about the book “In a well-written, captivating Regency that bears more than a passing similarity to Homer’s Odyssey, Moore has matched a hard, determined hero with an outwardly demure heroine, provided them with a particularly complex set of histories, set them down in the social whirl of the London season, and then let the story play itself out.”.

A captivating Signet Regency Romance from an award-winning “writer to treasure.”*

Haunted by the secrets of his past, Francis William Arden, fourth Marquess of Warne, is in need of an heir. But on his way to finding a bride, it appears he must now uncover a thief who has stolen his calling card and has vengeance in his heart.

Warne’s investigation leads him to the beautiful and mysterious widow Susannah Bowen. Susannah has a secret of her own—and knows better than most how a scandal can change the course of a woman’s life. Though she’s determined to steer clear of danger, she can’t seem to resist helping—and falling for—the man known throughout the ton as the Iron Lord…

Available digitally for the first time!

From the author of To Kiss a Thief comes a deliciously enchanting tale. Susannah was disgraced during a disastrous first Season, and has posed as a widow ever since to prevent further entanglements. Now she has been offered a home and indepedence–if the shamed miss can steer her troublesome cousin toward an acceptable match. Original Regency Romance. 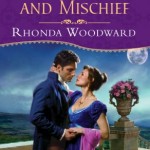 Moonlight and Mischief by Rhonda Woodward. $ 2.99.

Lady of Leisure at Amazon says that this is “another one of Rhonda’s masterpieces”. Another reviewer said it was amusing with good chemistry and a very good period feel.

All thanks to her brother, Mariah Thorncroft-and her dowry-have been offered to the notorious rake Lord Haverstone. Ensconced at his estate against her wishes, Mariah finds herself drawn to the handsome devil, but wonders if she can truly trust him with her heart.

→ Jane
Previous article: REVIEW: The Hunter and the Hunted by Kelley Armstrong
Next Post: How Your Mama’s Category Romances Are Burning Up the Charts