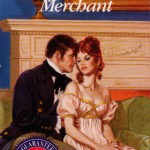 According to the Nonesuch site, Signet (a division of Penguin) began publishing Signet Regencies in the late 1970s. It is via Signet that we were fortunate to see authors like Joan Smith, Joan Wolf, Mary Balogh, Carla Kelly, and the like be published. Signet is now republishing a number of these books. The following title is a favorite of many readers. It is a pre order.

An engaging Signet Regency Romance of mysterious suitors and surprising secrets from the “the powerful and wonderfully perceptive.”* Carla Kelly…

Available Digitally for the First TimeBeautiful Miss Libby Ames knew little about the man who landed unexpectedly at her country manor. Only that he called himself Mr. Nesbitt Duke, a London merchant. And after one look at Libby, he claimed he’d fallen in love. But it was soon clear that this handsome stranger was not being entirely truthful. 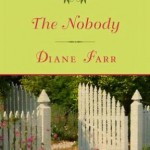 Pre order. According to the Jacket Copy, Farr strikes all the romantic chords. It was also a finalist for best Regency and best first book in 1999. The one star reviews say that Farr is a poor rip off of Heyer.

“Diane Farr strikes all the romantic chords” (The Romance Reader) in this award-winning Signet Regency Romance classic, available digitally for the first time!

Publicly humiliated by a society snob, Caitlin Campbell flees unescorted into the London streets. When a stranger kisses her to cause a distraction and evade a gang of scoundrels, she’s aghast at his audacity. Then she discovers his identity as the dashing nobleman engaged to the very woman who insulted her! Now she finds herself drawn into a web of dangerous romantic intrigue, in which the only way out is to trust her heart. 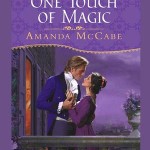 Amanda McCabe has written around 10 Signet Regency titles. She also writes for Grand Central under the pen name Laurel McKee.

Lady Iverson has taken up the “haunted” archeological dig her late husband left half-finished. When she meets the estate’s lord, Miles Rutledge, he feels an otherworldly connection with her-and he prays she feels the same… 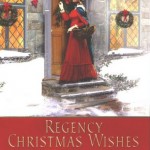 This is a collection of Christmas stories by Edith Layton, Emma Jensen, Sandra Heath, Barbara Metzger, Carla Kelly and while that seems like an odd pick in July, perhaps that is the reason it is on sale. The Signets are pre orders and I’ll be listing them tomorrow and the following day.

Celebrate the joys of Yule in Regency England with five new stories by some of the most beloved Regency authors of all time. Ringing in the season with fireside warmth, holiday wishes, and Yuletide romance, these stories capture the essence of Christmas.