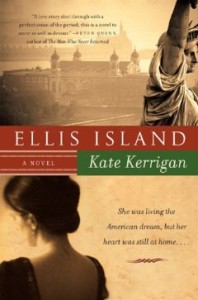 Already a hit in the United Kingdom, Ellis Island by Kate Kerrigan is both a poignant love story and a lyrical, evocative depiction of the immigrant experience in early 20th century America. Set in the 1920s, Kerrigan’s novel tells of a young Irish woman who must choose between her new life in New York City and her husband back home in Ireland, brilliantly capturing these two vastly different worlds in the process. Readers of historical fiction, as well as fans of the novels of Frank Delany and other Irish themed works, will adore their time spent on Ellis Island.

One reader was dismayed at the ending (really dismayed but it does end with an HEA) and another reader suggested that it elevated one culture (Irish) against others (English and Ameican). Parts 1 & 2 of the story were the best because those focused on Ellie and her best friend John and their falling in love and struggle to remain in love. The last third dealt with the temptations of a base society – sex, alcohol, wealth. 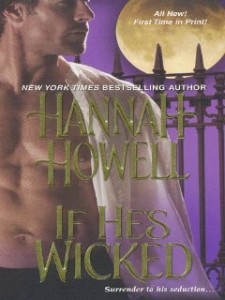 She Saves His Life…

For Chloe Wherlocke, it all begins with a vision–a glimpse into the future that foretells a terrible plot against Lord Julian Kenwood and his newborn son. Chloe’s psychic gift allows her to save the child from certain death, but the earl remains in grave peril…

But When He Steals Her Heart…

Julian Kenwood knows someone is trying to kill him and he suspects his scheming wife and her lover are behind the plot. But Julian is shocked when Chloe, a captivating, dark-haired stranger, warns him that sinister forces are indeed at hand–and exposes a devastating secret that changes his life forever…

As Chloe reveals her plan to save Julian, neither can deny the attraction that grows each moment they’re together. Chloe knows the highborn earl could never love her as she loves him. But when danger strikes closer than ever, Chloe must risk everything–or lose Julian forever…

On goodreads, reader Shannon shares“”If He’s Wicked” was a relatively good book for all those who enjoy English based love stories with strange characteristics and old fashioned morals. ”

The ending of the review is a spoiler so beware. 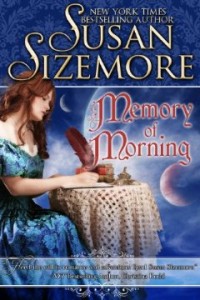 For the fans of George R. R. Martin … From the pen of New York Times bestseller Susan Sizemore, an all-new full-length novel that sweeps you into a strange new world of fantasy, romance and adventure…

On the island world of three moons, after years of war, Naval Surgeon Megere Cliff returns home to find herself caught between her obligation to her family and her need to be free at last. But duty must always command her, and so she puts herself on the marriage mart, in the rites of the Seeker Season.

Beautiful, intelligent, and brave, Megere attracts suitors who view her as prime breeding stock, but beneath the frivolity of the parties and balls, trouble is brewing. Caught between conspiracies and fanatics, danger buffets Megere.

Should she trust the enigmatic, imperious Lord Adrew North? Or is he the very enemy she fears?

I think it is a mistake for this author to compare the work to George RR Martin. It isn’t even remotely the same and sets the table for reviewers to say “This wasn’t what I was sold.”

Nonetheless, Shana recommended this book to DA readers back in March of 2012 who said:

I am recommending this book because Because I really like this book. It’s an alternate world without magic, but the flavor she was trying for, and I think got, was Jane Austen crossed with Patrick O’Brian. I love the voice of the first person narrator, who is both highly observant and remarkably clueless at times. I love the worldbuilding, which hangs together well enough that I am able to spend time exptrapolating details. I’ve purchased copies to give as gifts as well as my own copies to keep and recommended it to friends when it was on sale. 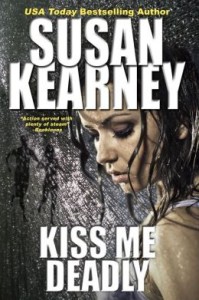 Her luck may have just run out . . . Dedicated family attorney Amanda “Mandy” Newman may have survived an attempted drowning and, along with co-workers, just won the biggest lottery in history, but before she can collect, the ticket is stolen. Now, her co-workers are being murdered one by one. She needs help, and that puts her between a rock and a hard man—the brother of a co-worker. DEA officer Zack Taylor was a one-night stand who’d turned into so much more. Now that his family and Mandy are in danger, he is back in the picture. The attraction between them still simmers; Zack can feel it. But can he resist his desire for her long enough to discover her secret? With her life on the line, the attraction between them should be kept on ice. After all, under the circumstances, a kiss could be deadly.

This is a secret baby story that one reviewer said was misogynistic and that the street slang was difficult to follow at times. 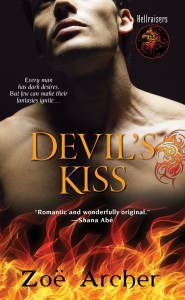 1762. James Sherbourne, Earl of Whitney, is a gambling man. Not for the money. But for the thrill, the danger—and the company: Whit has become one of the infamous Hellraisers, losing himself in the chase for adventure and pleasure with his four closest friends.

Which was how Whit found himself in a gypsy encampment, betting against a lovely Romani girl. Zora Grey’s smoky voice and sharp tongue entrance Whit nearly as much as her clever hands—watching them handle cards inspires thoughts of another kind…

Zora can’t explain her attraction to the careless blue-eyed Whit. She also can’t stop him and his Hellraisers from a fiendish curse: the power to grant their own hearts’ desires, to chase their pleasures from the merely debauched to the truly diabolical. And if Zora can’t save Whit, she still has to escape him. . .

This is free at Kindle, Nook, Sony and iBooks today only.