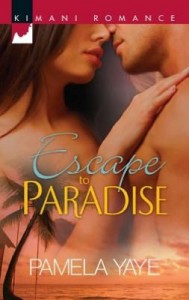 Desperate to flee the breaking scandal swirling around her ex, event coordinator Claudia Jefferies flies to exotic Cabo San Lucas, Mexico. As if being pampered at an exclusive spa weren’t enough, now a drop-dead-gorgeous man is showering her with attention! But Claudia’s too smart to get seriously involved, especially with a heartbreaker like Santiago Medina. If only her heart would listen to her head.…

From the moment Santiago spots Claudia, he knows it’s more than lust at first sight. And this man is used to getting what he wants. He’ll wine and dine the stunning, soft-spoken Southerner with tropical nights of passion she’ll never forget. But once Claudia finds out who Santiago really is, can he turn a fleeting island idyll into a passionate escape to love?

This is a fairly good price drop but appears to be only at Amazon (although the book is available at all other retailers). Reviewers noted it was a sweet read. 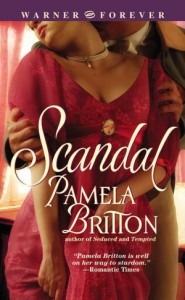 Rein Montgomery, the Duke of Wroxly, live as a commoner? His late uncle’s will is painfully clear: Rein must survive without his wealth or title in the meanest of London’s streets for one month, or else lose his entire fortune. Luckily, his ability to charm the ladies has never failed him anywhere, anytime. And he has his newest conquest in sight: a beguiling market girl named Anna Rose Brooks.

Anna’s heart is kind and her intelligence keen, but she’s not sure what to make of this dashing stranger lost in the rough district of St. Giles. Is he gentleman or rake? She offers him shelter for one night, but he wants thirty. She tries to keep her distance, but he tempts her to share his bed. She gives in to scandal by becoming his mistress, but he wants her soul. Anna is no fool; she knows the men who come to St. Giles do not often stay. And now she is faced with her biggest fear: that when he leaves, he will take her heart.

One BN reviewer took exception to the lack of an actual scandal which the title promised. She was also disappointed to see the heroine lose her spark. 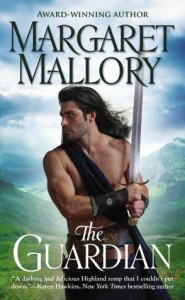 THE RETURN OF THE HIGHLANDERS: BOOK I
Four fearless warriors return to the Highlands to claim their lands and legacies. But all their trials on the battlefield can’t prepare them for their greatest challenge yet: winning the hearts of four willful Scottish beauties.

PASSION IGNITED
After years of fighting abroad, Ian MacDonald comes home to find his clan in peril. To save his kin, he must right the wrongs from his past . . . and claim the bride he’s long resisted.

As a young lass, Sìleas depended on Ian to play her knight in shining armor. But when his rescue attempt compromised her virtue, Ian was forced to marry against his wishes. Five years later, Sìleas has grown from an awkward girl into an independent beauty who knows she deserves better than the reluctant husband who preferred war to his wife. Now this devilishly handsome Highlander is finally falling in love. He wants a second chance with Sìleas – and he won’t take no for an answer.

The reviews for this book are very strong. Mallory takes care to preserve the history in her historical romances. 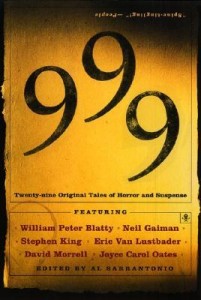 999: Twenty-nine Original Tales of Horror and Suspense by Al Sarrantonio. $ 1.99.

A ward-winning writer and editor Al Sarrantonio gathers together twenty-nine original stories from masters of the macabre. From dark fantasy and pure suspense to classic horror tales of vampires and zombies, “999” showcases the extraordinary scope of fantastical fright fiction. The stories in this anthology are a relentless tour de force of fear, which will haunt you, terrify you, and keep the adrenaline rushing all through the night.

The recipient of the 1999 Bram Stoker Award for Best Anthology. It has over 700 pages and I suspect could keep you entertained for at least a couple of days.

→ Jane
Previous article: REVIEW: A Touch of Confidence by Jess Dee
Next Post: Ladysplaining the Value of A Literary Culture for Commercial Fiction