Daily Deals: Romances from established authors and new ones. 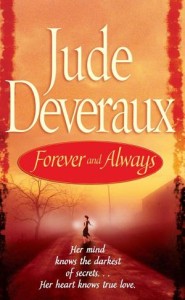 Darci’s psychic abilities have always guided her through hardship…and into a once-in-a-lifetime love with her rich, powerful husband, Adam Montgomery. When Adam vanishes in a mysterious accident, a grief-stricken Darci is left alone to raise their young daughter. But her instinct tells her the reports of Adam’s death are untrue. When the FBI enlists her intuitive talents to solve a heinous crime, she agrees — if they’ll help to uncover the truth about Adam. It may be a tougher deal than Darci imagined: she must go head-to-head with Jack Rose, a criminal whose mind power matches Darci’s at every turn. Now Darci must discover if those in the highest circles of authority have her best interests at heart — or if someone intends to sever the everlasting bond she shares with her one true love

This is the second in the “Forever” series. The first book had readers upset about the lack of romance and PW says that this second one skimps on the romance as well. First published in 2003, this may have been the start of Deveraux’s move away from the romance genre.

I should note that all the deals today are available at Amazon, Google, and iBooks but not Barnes & Noble. 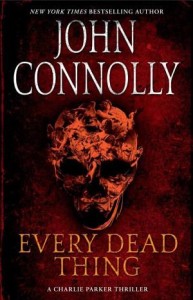 Hailed internationally as a page-turner in a league with the fiction of Thomas Harris, this lyrical and terrifying bestseller is the stunning achievement of an “extravagantly gifted” (Kirkus Reviews) new novelist. John Connolly superbly taps into the tortured mind and gritty world of former NYPD detective Charlie “Bird” Parker, tormented by the brutal, unsolved murders of his wife and young daughter. Driven by visions of the dead, Parker tracks a serial killer from New York City to the American South, and finds his buried instincts — for love, survival, and, ultimately, for killing — awakening as he confronts a monster beyond imagining…

It seems for trad publishers, $1.99 is the new $.99 discount price point. This book was a 2000 Shamus Award for Best First Novel and a Finalist 2000 Barry Award for Best British Crime Novel

Library Journal review says: “The grim and grisly events are emotionally balanced by the book’s dark humor and Bird’s vulnerability. This is a highly intelligent and exciting novel, with almost enough action and story for two books.” 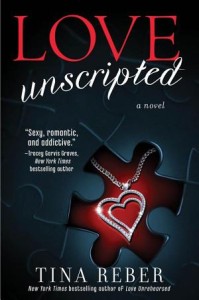 An A-List Movie Star. . .
Ryan Christensen just wanted to be an actor. Never in his wildest dreams did he imagine a life where fans would chase him, paparazzi would stalk him, and Hollywood studios would want to own him. While filming in Seaport, Rhode Island, Ryan ducks into a neighborhood bar for a quick escape from legions of screaming fans . . . and finds much more than he expected.

A Small-Town Girl. . .
Nursing a recent heartbreak, Taryn Mitchell believes men are best kept at a safe distance. But when Ryan Christensen unexpectedly bursts through the front door of her pub, she can’t help but be drawn in by his humor, charm, and undeniable good looks. At six foot two, with dirty blond hair, blue eyes, and an incredible body, Ryan has every girl in Seaport swooning. But Taryn isn’t every other girl.

A Relationship That Doesn’t Follow the Script. . .
Despite her better judgment, Taryn soon finds herself falling hard for Ryan. But is their bond strong enough to survive the tabloid headlines, the relentless paparazzi, and the jealous fans who seem determined to tear them apart?

I actually read all three books in this series which I guess is loosely based off of Robert Pattison, a person I find not at all attractive but I’m obviously an outlier. I wished Reber had a better knowledge of the movie industry because I think the shallowness of that part of her world was a real weakness. Taryn is interesting but has a background that lacks credibility. Overall I obviously found the series interesting enough to read but there are a lot of flaws. 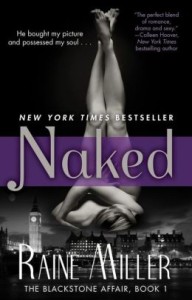 The first book in the bestselling Blackstone Affair series

Brynne Bennett has left scandal in her past and is living the good life. An American grad student at the University of London and part-time photographic model, she’s getting back on track with lots of hard work and focus on a career in art conservation. When London businessman Ethan Blackstone buys her nude portrait, he wants to possess more than just her image. He wants Brynne in his bed, serving him in every way possible. He has no trouble voicing his desires, and he isn’t taking no for an answer.

At first his dominant nature captivates her, but it isn’t clear if the force of his powerful desire will ultimately awaken or dispel the demons Brynne is carrying inside. There are secrets on both sides of this relationship—huge ones. Can Ethan erase the scars of Brynne’s past so that she can reveal her true self to him? Or will the shadows cast by Ethan’s own mysterious former life destroy their chance at happiness?

Naked is the sizzling, unforgettable story of what happens when a strong woman meets the one man powerful enough to strip away all her defenses, leaving her standing naked and perfect before him.

This was another popular indie title from last year. The first book, Naked, was entertaining although flawed but the second book was a disaster for me and I never finished out the series. you can read the first one, however, as a standalone.