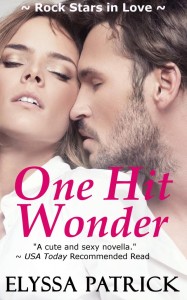 Sweet and fun novella featuring a One Hit Wonder and his uptight manager. 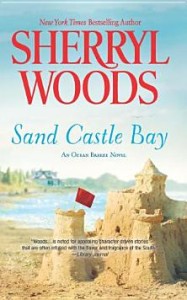 In a trade-off she’s lived to regret, Emily Castle left home years ago to become an interior designer. The youngest of three sisters, Emily desperately wanted to prove herself. Success, though, came at the cost of leaving behind the man she loved.

For Boone Dorsett, losing Emily left his heart shattered, but another woman was waiting in the wings. Now a widower with a young son, Boone has a second chance with Emily when a storm brings her home. But with his former in-laws threatening a custody suit, the stakes of loving her are higher than ever.

Will fate once again separate them—or is the time finally right for these two star-crossed lovers?

Sand Castle Bay and Wind Chime Point are both on sale for $1.99 at Amazon and Google Play. Woods writes books similar in feel to Robyn Carr and Susan Mallory. 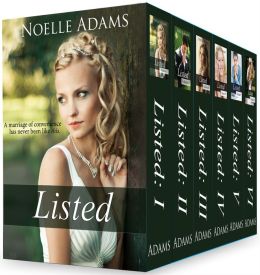 A marriage of convenience has never been like this.

Just before her eighteenth birthday, the doctors tell Emily she has three months to live. Not much time to complete the bucket list she’s had since she was twelve. The first item is the hardest–“Get married”–so she turns to the only man she knows who can help.

Paul, a barely reformed bad boy, has inherited a fortune from his mother, but his life is defined by his conflicted relationship with his father–a white-collar, organized-crime boss who, thanks to Paul, is being brought up on federal charges. Without Emily’s testimony, his father might walk, so Paul agrees to her unconventional proposal. He’ll be her husband for her last three months.

They agree that she’ll testify against his father and he’ll help her complete her bucket list. It’s not supposed to be a true marriage. No consummation. No future. No love.

She’s supposed to die, after all, and love might not be enough.

This is the same person who writes as Claire Kent. Kent/Adams released this serially and often the volumes were free. I started reading it but I never finished because I was waiting until the conclusion. 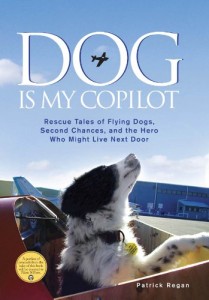 Dog Is My Copilot tells the story of Pilots N Paws, a high-flying animal-rescue operation founded accidentally in 2008 when a private pilot offered to fly a mission of mercy to save an abused dog for a friend. Once on the ground, the pilot asked his friend if there was a big need to transport shelter animals from one part of the country to another. She responded, You have no idea. Since that time, Pilots N Paws has grown to include thousands of pilots who have transported tens of thousands of death-row dogs (and a fair amount of cats and other animals), sometimes more than 1,000 miles away to new homes or no-kill shelters, where they have a much higher chance of adoption.

The true heart of Dog Is My Copilot are the 24 real-life rescue stories collected from pilots and their animal-rescue counterparts on the ground. The short, captivating stories are accompanied by more than 100 charming, poignant, color photos–most taken by the pilots themselves–of their canine passengers in flight.

Unexpected things can happen when dogs reach cruising altitude, and the stories in Dog Is My Copilot run the emotional range from hilarious to heart rending–but the endings are always happy. These dogs are the lucky ones, and most of the pilots will tell you that when they get on the plane, they know it. After all, waiting for them on the ground hundreds of miles away is a second chance at a happy life with a loving forever family.

Dog Is My Copilot–it’s Chicken Soup for the Soul meets Marley and Me . . . with just a dash of The Right Stuff. A portion of the proceeds from the sale of this book will be donated to the Pilots N Paws organization.

I think May is National Something to Do With Animals month. 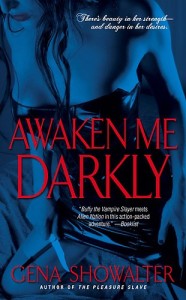 RIDDING THE WORLD OF EVIL, ONE ALIEN AT A TIME: THAT’S MIA SNOW’S MISSION.Snow is in the forecast.In a time and place not too far away, Mia Snow is an alien huntress for the New Chicago Police Department. Heading up her expert team of Alien Investigation and Removal agents, Mia’s unmatched at battling the elusive enemy among us, and she’s the perfect girl for the job. She’s seen her brother die at the hands of aliens. She’s earned each of her scars. And she’ll die before she cries. Now, a series of killings have Mia and her partner Dallas tracking alien suspects — but a sudden blast of violence leaves Dallas fighting for his life.

I’ve not read this book by Showalter but I admit this goodreads review has me intrigued:

This was a great beginning and I can’t wait to read another book, I just wont be rushing to get the next one as I read it was about 2 different completely characters… I liked the ones we had.
My only problem was the heroine constantly beating the shi*t out of the hero. WTF? Not that he was beta or anything, he was way too alpha (loved him), but for some reason he just didn’t care if she hit him constantly. I still liked the heroine and I loved the rest of the characters.