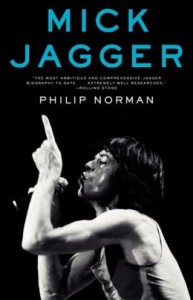 A supreme achiever to whom his colossal achievements seem to mean nothing . . .

A supreme extrovert who prefers discretion . . .

A supreme egotist who dislikes talking about himself . . .

Philip Norman has long towered above other rock biographers with his definitive studies of the Beatles, the Rolling Stones, Elton John, Buddy Holly, and John Lennon—legends whom the world thought it knew, but who came to life as never before through the meticulousness of Norman’s research, the sweep of his cultural knowledge, and the brilliance of his writing.

Now Norman turns to a rock icon who is the most notorious yet enigmatic of them all. Throughout five decades of fronting the Rolling Stones, Mick Jagger has been seen as the ultimate arrogant, narcissistic superstar, whose sexual appetite and cavalier treatment of women rival Casanova’s and whose supposed reckless drug use touched off the most famous scandal in rock history. Now a grandfather nearing seventy and a British knight of the realm, he still creates excitement at the mere mention of his name; still remains the model for every young rock singer who ever takes the stage.

Norman shows Jagger to be a character far more complex than the cold archseducer of myth: human, vulnerable, often impressive, sometimes endearing. Here at last is the real story of how the Stones’ brilliant first manager, Andrew Oldham, transformed a shy economics student named Mike Jagger into a modern Antichrist…of Jagger’s vicious show trial and imprisonment on minuscule drug charges in 1967…his remarkable feat at the Stones’ Hyde Park concert in making a quarter of a million people keep quiet and listen to poetry…his unpublicized heroic role at the Altamont festival that brought the sunny sixties to a horrific end…the cavalcade of beautiful women from Chrissie Shrimpton to Jerry Hall, whom he has bedded but not always dominated…the enduring but ever-fraught partnership with his “Glimmer Twin,” Keith Richards.

While playful about some aspects of Sir Mick, Norman gives him long overdue credit as a songwriter, whose “Sympathy for the Devil” is one of the few truly epic pop singles, and as a harmonica player fit to rank among the great blues masters who inspired the Stones before money became their raison d’etre.

Mick Jagger, above all, explores the keen and calculating intelligence that has kept the Stones on their plinth as “the world’s greatest rock ‘n’ roll band” for half a century.

Sounds like Jagger was a true renaissance man. Makes me want to re-read his lyrics. 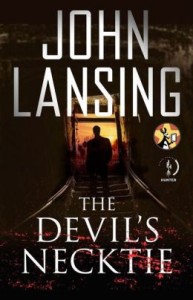 A sizzling thriller for fans of James Patterson and Patricia Cornwell—an exciting tour into the real-life world of cops, crime, drugs, and murder.

Retired inspector Jack Bertolino had strict rules when dealing with confidential informants. But Mia had the kind of beauty that could make a grown man contemplate leaving his wife, his job, and his kids. After a passionate night together, Mia is found murdered—and Jack is the lead suspect.

Facing threats from the LAPD, the 18th Street Angels, and a Colombian drug cartel, Jack delves deeper into the seedy world of drug dealers and murderers and discovers that the top players knew Mia personally. And now Jack is torn between fearing for his life and seeking revenge for his slain lover….either way, the body count will rise. 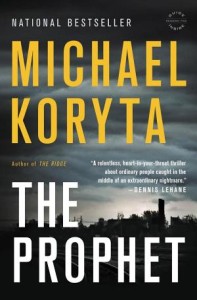 A new thriller from international bestseller Michael Koryta: the killer of a teenage girl terrorizes a small town and reopens decades-old wounds.
Adam Austin hasn’t spoken to his brother in years. When they were teenagers, their sister was abducted and murdered, and their devastated family never recovered. Now Adam keeps to himself, scraping by as a bail bondsman, working so close to the town’s criminal fringes that he sometimes seems a part of them.

Kent Austin is the beloved coach of the local high school football team, a religious man and hero in the community. After years of near misses, Kent’s team has a shot at the state championship, a welcome point of pride in a town that has had its share of hardships.

Just before playoffs begin, the town and the team are thrown into shock when horrifically, impossibly, another teenage girl is found murdered. As details emerge that connect the crime to the Austin brothers, the two must confront their buried rage and grief-and unite to stop a killer.

Michael Koryta, widely hailed as one of the most exciting young thriller authors at work today, has written his greatest novel ever-an emotionally harrowing, unstoppably suspenseful novel that Donald Ray Pollock has called “one of the sharpest and superbly plotted crime novels I’ve read in my life.”

I know I’ve profiled this book before because I remember the plot summary. It’s well reviewed and the author is compared to Laura Lippman so if you bought Lippman’s book the other day, you might as well pick this one up too. 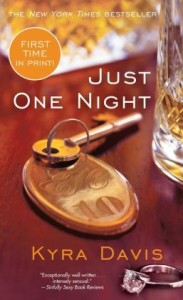 Her best friend whispered in her ear.

Kasie Fitzgerald knows who she’s supposed to be. Responsible. Reliable. Predictable. She’s an ambitious workaholic who is devoted to the sensible man she plans to marry. But one wild, impulsive night in Vegas is about to open her eyes. . . .

Trying her luck at a blackjack table, Kasie meets him. Intense. Flirtatious. Dangerous. She accepts his invitation for a drink . . . and then to his hotel room. She doesn’t know his name. But she’ll never forget the sex. Hard. Thrilling. Explosive.

So when her mystery man shows up at her office unexpectedly, she succumbs to his mastery, both in bed and in the boardroom. There’s no telling where the powerful, wealthy Robert Dade will lead her. But there’s also no resisting her desire. The only question is who she’ll be when the journey ends.

This was originally published as three separate novellas but it is now being sold in one book. I’ve wanted to read it. I even have the print book on my desk but you know me and print books so I bought this one!

→ Jane
Previous article: REVIEW: The Chocolate Temptation by Laura Florand
Next Post: Monday News: Blogging and free speech; pink is an illusion; historical romance in print; the ethics of using another author’s platform; and more on net neutrality